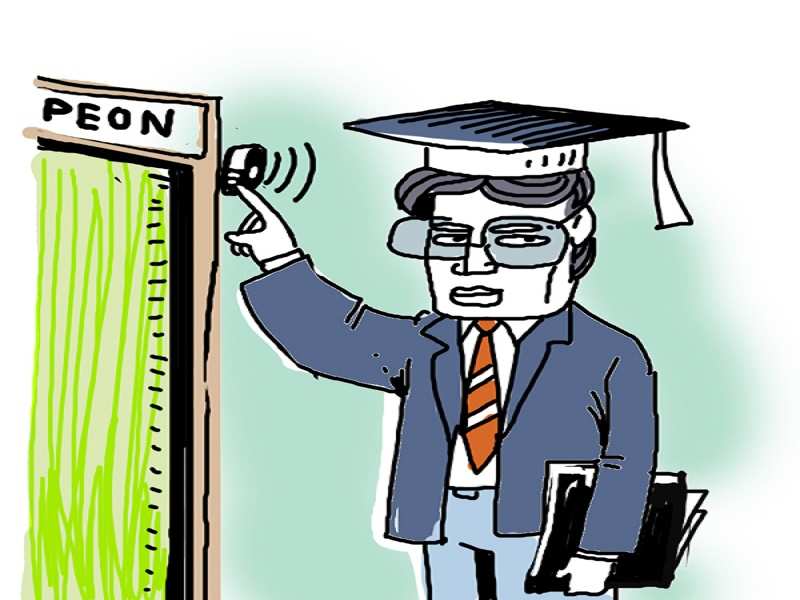 Advertisement
A report has pointed out some shocking results about the state of business education in india, which takes pride in having a huge number of business schools spread across the country. The report says that excluding a handful of top business schools like the IIMs, most Indian B-schools are producing below-quality graduates who are not employable, which makes them earn less than Rs 10,000 a month, just in case they are able to find a job.

As for the reasons behind this, the report counts the lack of quality control and infrastructure, low-paying jobs through campus placement and poor faculty in B-schools.

Talking in numbers, India has at least 5,500 B-schools operational right now, and this is when we don’t include unapproved institutes, says the Assocham report.

"Only 7 per cent of MBA graduates from , excluding those from the top 20 schools, get a job straight after completing their course," it found.

"Around 220 B-schools have shut down in the last two years in Delhi-NCR (National Capital Region), Mumbai, Kolkata, Bangalore, Ahmedabad, Lucknow, Hyderabad, Dehradun etc. and at least 120 more are expected to wind up in 2016," it added. "Low education quality coupled with the economic slowdown, from 2014 to 2016, campus recruitments have gone down by a whopping 45 per cent," the study revealed.
Advertisement

Despite this, we are seeing a surge in the number of B-school seats, which has tripled in the last five years.

After spending, on an average, nearly Rs 3-5 lakh on a two-year MBA programme, each student currently draws a meager monthly salary of Rs 8,000 to Rs 10,000.

"Even the quality of IIM/IIT students coming out now compared to last 15 years has come down due to the quality of school education. The faculty is also another problem as few people enter the teaching profession due to low salaries and the entire eco-system needs to be revamped," said the report.

Talking of engineers, the fastest growing career choice amongst Indians in recent years, the report observed that out of 15 lakh engineering graduates that India produces in a year, 20 to 30% do not find jobs at par with their technical qualification.