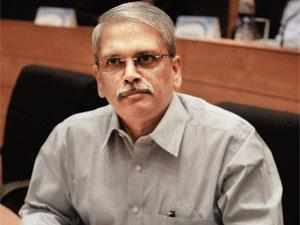 is an impressive man. From being the co-founder of India&rsquo;s first successful company to now being a star icon for start-ups in the country, this man is unstoppable when it comes to working for a better India and a better world.

Business Insider recently caught up with the feisty 61-year-old to find out which area of he finds exciting and where he is putting his bets as an investor.

Advertisement
This man has an interesting history. Kris left in 2014, a place where he grew up as a person, professional, and as an entrepreneur. It wasn&rsquo;t in haste. He was prepared for what lay ahead of him.
&ldquo;I made sure that I was busy when I left the company board. I decided to indulge into four interest areas; Education, Research, and , everything that I always felt passionate about,&rdquo; says Kris.
Ask him now, and he feels that he has over committed. All the areas he has chosen require a lot of his attention, he feels.

Back in 2014 when he was ready to set out on his own journey, he identified one area which definitely needed his focus more because it would define our future and its in the days to come. The same year, Pratiksha - the fund Kris set up with his wife - announced a grant of Rs 225 crore for a , so it could be set up inside the campus in without any delay.

Advertisement
He also initiated a with the Centre for .
Going strong in what he aims to achieve, Kris says he wants to &ldquo;create a world-class institution in India for Brain Research&rdquo; by first facilitating research and then commercializing it &ldquo;to create products that have the potential to create real difference&rdquo;.

He signs off by saying - &ldquo;There are two ways achieve what I have set out for; either you can collaborate with the best minds in the world in this field or you can make sure that the Indian capabilities get the best international exposure which they can implement back home.&rdquo;
This man is the right example for entrepreneurs looking to make it big.

Advertisement
He believes that doing your homework is important, especially for fields like Artificial Intelligence, Stem Cell Research,Crypto currency, Data mining, Autonomous technology, Cognitive intelligence and more. Basically, fields which are hot topics for now and for the future.