Advertisement
Prabhjote Gill
Nov 20, 2020, 22:05 IST
High-elevation climbers and Sherpa at the Balcony during the National Geographic and Rolex Perpetual Planet Everest ExpeditionNational Geographic
Advertisement
Microplastics are one of the most harmful side effects of humans using the planet, and they're increasingly being found in hard to reach planes.
After being detected in the deepest point on the Earth, the Marina Tech, microplastics have now been found near the Earth's highest point — the death zone of Mount Everest.


It's called the 'death zone' because that's where the level of oxygen is insufficient to sustain human life over an extended period. It is defined as any area located over 8,000 meters above sea level. Last year, at least 11 people died in Mount Everest's death zone within a week when the trail was opened up.

Samples collected from near the summit and the valley below revealed substantial quantities of polyester, acrylic, nylon, and polypropylene fibre — materials commonly used in manufacturing outdoor clothing, tents, and climbing ropes — according to data collected on a Mount Everest expedition consisting of 10 research teams. The results were published in One Earth today.
Advertisement

Using the same data, another study points out that the glaciers around Mount Everest have thinned by more than 100 meters since the 1960s. More worryingly, the rate of ice mass loss has consistently been getting faster over the last six decades.

Why are microplastics harmful?
The problem with microplastics is that they're not biodegradable. It takes thousands of years before these particles, which are generally defined as being less than 5 millimeters in size, breaks down on their own. Within that period, they pose a risk of being ingested and incorporated into the bodies and tissues of living organisms.

For humans, the accumulation of microplastic particles can lead to a build up of chemicals linked to harmful health effects, including various cancers, a weakened immune system, reproductive problems and more.


Which is why it's scary to learn that microplastics have even been found to exist in drinking water by the World Health Organisation (WHO). Even though they don't pose a health risk at current levels, they pass through the body without being absorbed.
Advertisement
"Finding microplastics near the summit of Mount Everest is a timely reminder that we need to do more to protect our environment," said research fellow, National Geographic explorer and lead author of the study Imogen Napper.

What do microplastics on Mount Everest mean?
Mount Everest, once pristine due to the lack of accessibility, is now referred to as the world's highest trash-cans. The litter and the resulting microplastics present in the area are only the tip of the iceberg.


The increase in microplastics could have a far-reaching effect for a freshwater resource like Mount Everest, where the snow feeds into streams and rivers that flow in the plains. According to the WHO, one of the critical sources of microplastic pollution in freshwater sources is terrestrial run-off and wastewater effluent.

A total of 19 high elevation samples were collected from the areas around Mount Everest. 11 were found in the snow at Everest Base Camp and high into the Death Zone near the mountain's summit. Eight were procured from stream water, including streams along the trekking routes close to the Khumbu Glacier.

The researchers hope that their work will help clarify the extent to which plastic pollution jeopardises all environments, not just the ocean.

SEE ALSO:
Mumbai’s massive power cut last month may have been the work of hackers 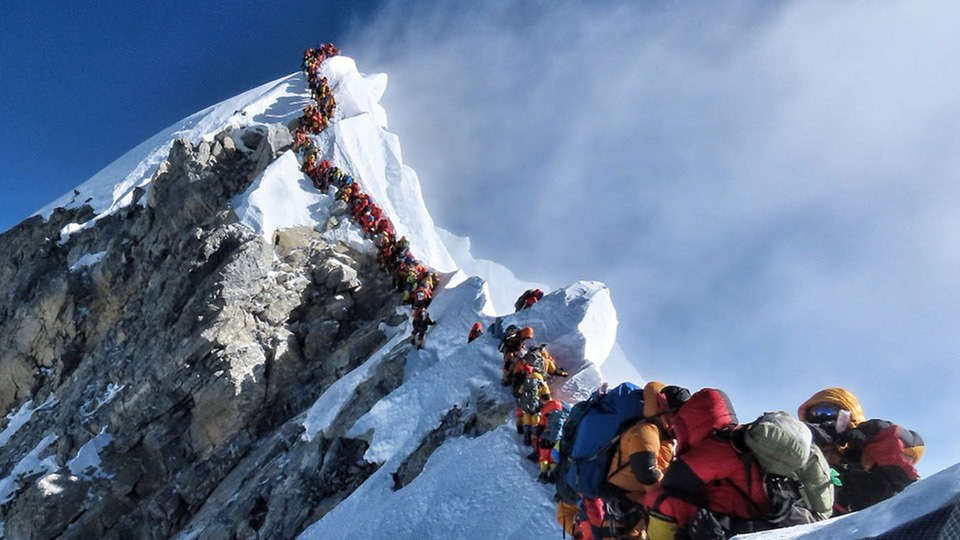