Prabhjote Gill
Jun 1, 2020, 10:58 IST
A large optical and infrared image of the Milky Way galaxy is shown with the location of MAXI J1820+070PanSTARRS
Astronomers at the National Aeronautics and Space Administration’s () Chandra X-Ray Observatory caught a stellar-mass black hole spewing hot material into space faster than the speed of light — and they captured the moment on video.

This black hole and its companion star make up the system called MAXI J1820+070 located within the Milky Way but around 10,000 lightyears away from Earth.


When a black hole feeds off material from its neighbouring star, one of two things can happen. Some of it falls into the black hole past the event horizon — or the point of return. The rest of it gets shot back into the universe. Advertisement
The Chandra X-ray telescope was able to capture these jets as they travelled back into space. From Earth, it looked like the northern jet was moving at around 60% of light speed. On the other hand, the southern jet was moving at a massive 160% of light speed.


Nothing travels faster than light
The speed of light is approximately 299,792 kilometres per hour and, in theory, nothing is supposed to be able to travel faster than that. So while the second jet looks like it's travelling faster than light, it’s only an illusion.

In fact, the actual velocity of both jets is around 80% of light speed. The reason their speeds ‘look’ different is because the southern jet is pointed towards Earth and the northern jet is pointed away. As they got further away, astronomers were able to observe evidence of them slowing down.

Capturing this on video is still a milestone since only two other such examples of high-speed jets coming out of steller-mass black holes have ever been observed so far. 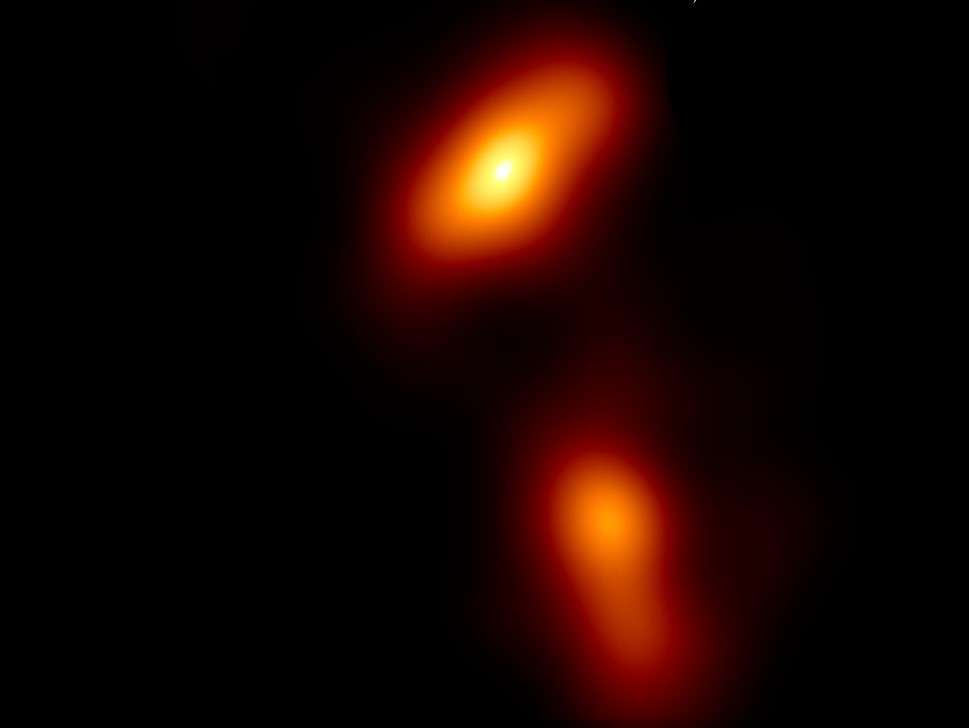 Advertisement A black hole shooting out 500 million Empire State Buildings
Astronomers behind the study published in The Astrophysical Journal Letters estimate that around 400 million billion pounds of material was blown out by the black hole during these two jet streams observed in July 2018.

That amount of material is equivalent to the mass of 500 million Empire State Buildings or around 1000 Halley’s Comets. Even for a black hole to accumulate what the jets spewed out in seconds, it would take a couple of hours.


Hungry hungry black hole
The black hole in MAXI J1820+070 has a mass that’s around eight times that of our own Sun which makes it a stellar-mass black hole — considerably smaller than a which is usually millions or billions of times the Sun’s mass. It was created by the death of a massive star. Advertisement


Its companion star, on the other hand, is considerably smaller — only about half the mass of the Sun. The relationship between the two isn’t one of give-and-take. More like taking, and then some more taking.

The black hole, being considerably larger and with massive gravity, pulls material away from its companion star into what is called an ‘accretion disk’ that surrounds it. That disk emits X-rays that the Chandra X-ray observatory can catch on camera.
AdvertisementSome of the material that gets pushed back into space, creates jets which are launched off the edge of the event horizon along its magnetic field lines.

What happens to the jets of energy in space?
Once a black hole pushes the hot gas back into space, most of the energy isn’t converted into radiation Instead, the energy releases itself when the particles within the jets interact with the material in interstellar space.

These interactions could also be the key to understanding how and why these jets slow down over time. Otherwise, in the vacuum of space, there’s nothing to keep a moving particle from accelerating.
AdvertisementWhen the jets bump into this material, they create shock waves, kind of like sonic booms on Earth. The resulting particle energy is much more intense than even what can create. 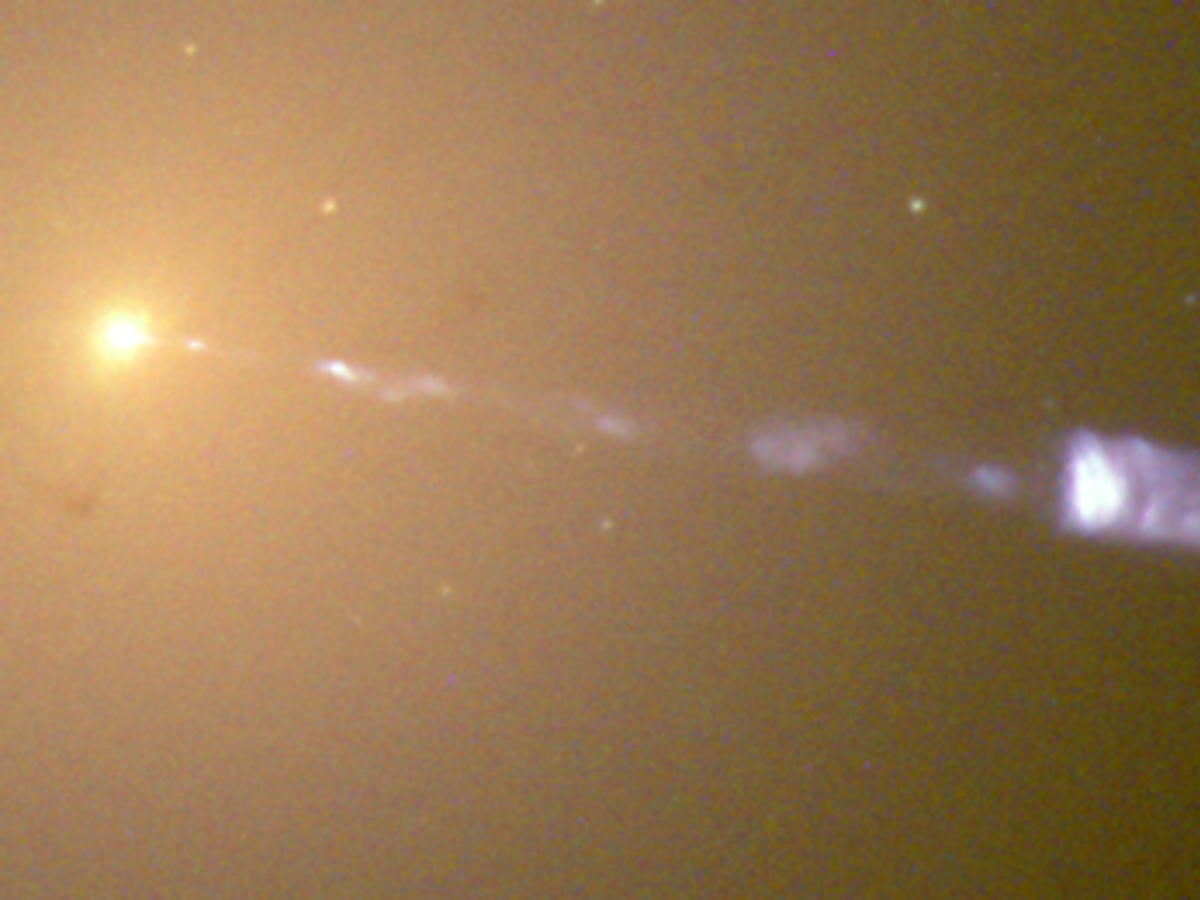