Nobel Prize in Physics 2020 goes to Roger Penrose, Reinhard Genzel and Andrea Ghez for discovering ‘the darkest secrets of the universe’


“I think the first thing is doubt. That you have to prove to yourself that you’re seeing what you think you’re seeing,” she said when asked how she felt about the discovery. Her first paper, High Proper Motions in the Vicinity of Sgr A*: Unambiguous Evidence for a Massive Central Black Hole, was published in 1998.

“Both doubt and excitement, that feeling of being at the frontier of research where you always have to question what you’re seeing. It’s a combination of things,” Ghez added.


Even today, scientists don’t have a clear understanding of what’s inside a black hole; however, discoveries like Ghez’s help understand pure physics and the evolution of the solar system.

Advertisement
“We have no idea what’s inside the blackhole. That's what makes them such exotic objects. They really represent the physical breakdown of our understanding of the laws of physics,” she said at the virtual press briefing of the Nobel Prize in Physics 2020.

Ghez currently works at the Department of Physics and Astronomy at UCLA in the US. The research involves using high spatial resolution imaging techniques to study the star forming regions around the supermassive black hole at the center of the Milky Way.

In 2004, she was elected to the National Academy of Sciences and named one of the top 20 scientists in the US by Discover magazine.

“I’m thrilled to receive the prize and I take very seriously the responsibility associated with being the fourth woman to win the Nobel Prize. I hope I can inspire other young women into the field,” she said. 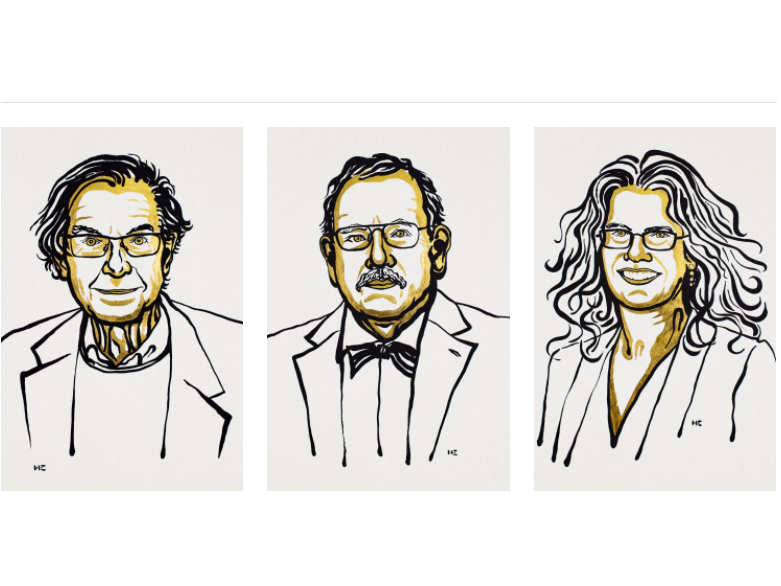 Nobel Prize in Physics 2020 goes to Roger Penrose, Reinhard Genzel and Andrea Ghez for discovering ‘the darkest secrets of the universe’