Prabhjote Gill
Dec 31, 2020, 14:04 IST
SpaceX founder and CEO Elon MuskIANS
Billionaire Elon Musk’s space company, , has been lauded for its efforts in creating reusable rockets. But Musk wants to take it a step further. He wants to catch boosters returning from outer space rather than have them make a controlled landing.

Till now, the return of Falcon 9 boosters involved touching down on a boat or a launchpad using legs that were built into the rocket. The next generation of rockets that SpaceX is working on, the Super Heavy, won’t be landing on their way to Earth.

Instead, Musk wants to set up a launch tower arm to catch the booster.
Advertisement

@ErcXspace We’re going to try to catch the Super Heavy Booster with the launch tower arm, using the grid fins to take the load


The rocket will be ready to relaunch within an hour
Not only will the new design save the company money and trim down on the overall mass of the rocket — it will also allow the rocket to be immediately repositioned onto the launch mount for reuse, according to Musk.

“[The booster will be] ready to refly in under an hour,” he said.


The Super Heavy launch process will still use the engines to control to slow down the rocket as it gets closer to the planet, but it will use its ‘grid fins’ — on the main body — to correct its orientation on the way down.

The launch tower arm will then ‘catch’ the booster, which basically means that the arm will hock the rocket before it has a chance to touch the ground.

Ever since @elonmusk nonchalantly commented on our booster landing that they would "try to catch the booster with t… https://t.co/4bIqKdbpvu

Advertisement
The goal for Super Heavy and Starship — capable of carrying humans and 100 tons of cargo — is to create a line of launch vehicles that are even more reusable than the Falcon 9. 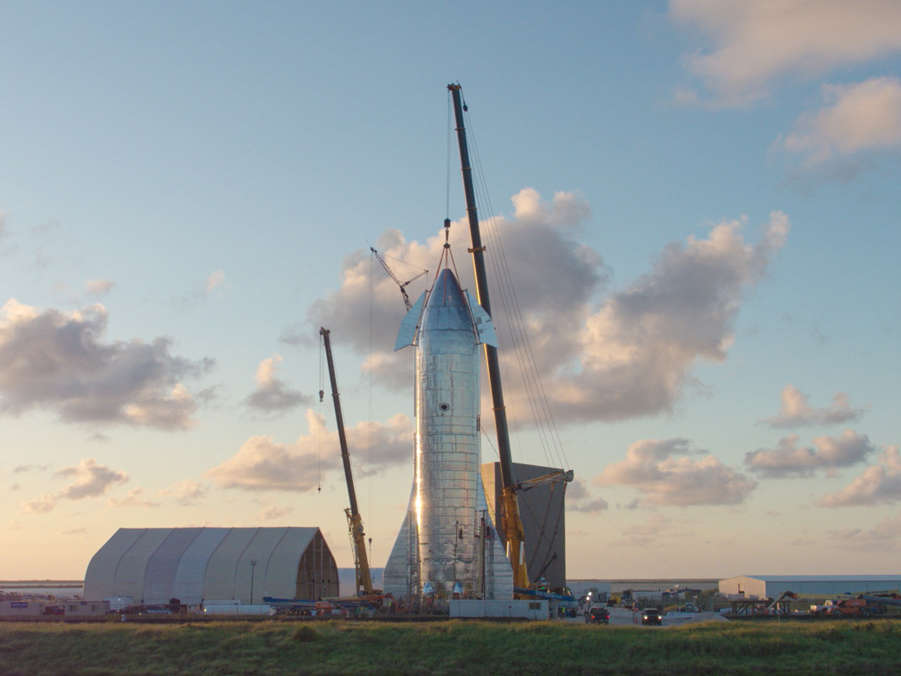 
For Musk, the goal is to have the Starship making regular and frequent flights for orbital missions and even trips to the Moon and Mars.

Next StoryISRO Chairman K Sivan gets one year extension as Space Secretary
Popular on BI
1
Dentsu integrates iProspect and Vizeum to create a future-focused, end-to-end global media agency
2
Bumble removed its political filter after people used it to lure conservatives who were at the Capitol riot into sending incriminating evidence
3
Signal won't replace WhatsApp, the cofounder of both encrypted messaging apps says. Instead, people will use the 2 services for different conversations.
Latest Stories
Trending News
Buying Guides
ISRO Chairman K Sivan gets one year extension as Space Secretary
Jeff Bezos named Blue Origin's new rocket-catching recovery ship after his mom, Jacklyn, who then smashed a bottle of champagne over its hull
NASA green lights two new missions — one to explore the Sun and the other to analyse space weather around Earth for $50 million each
Popular Categories
Trending Right Now
More from our Partners