Advertisement
Rounak Jain
Jul 23, 2020, 09:35 IST
OnePlus Nord in blue marble colourRounak Jain / Business Insider India
Advertisement
The OnePlus Nord signals a shift in the dynamics of the smartphone strategy of OnePlus. The company, which set out on a path to kill flagships with its smartphones that offered a flagship-like experience at a fraction of the cost, is now turning its focus to the more affordable mid-range segment.
To be clear, the OnePlus Nord is not the company’s first tryst with the mid-range segment. Five years ago, the OnePlus X was launched at a time when the company was still trying to establish itself.

Fast-forward five years and you now have a company that is confident with its strategy and products – both in terms of quality as well as user perception. Not for nothing is OnePlus now the market leader when it comes to the premium smartphones segment.


With the OnePlus Nord, the company tries to replicate the formula that made it successful in the premium smartphone segment. Will it work? We’ll have to find that out. For now, though, here are our first impressions of arguably one of the most hyped smartphones (for a good reason) in recent memory.

Advertisement
The OnePlus Nord marks the return of OnePlus phones in the mid-range. It starts at a price of ₹24,999, something which should excite OnePlus fans and those who want a reliable, fast experience without worrying about the compromises.

The phone will be available for purchase starting on August 4 from Amazon.in, OnePlus online and offline stores across the country.

OnePlus is known for keeping its designs simple for the most part. The only standout candidate is the OnePlus 7T with its massive circular camera module. Other OnePlus smartphones have been conservative when it comes to the designs, and that remains the case with the OnePlus Nord as well.

It’s quite simple with the OnePlus Nord – the front is covered by the display, save for the hole punch notch on the top left that houses the two front cameras.


Advertisement
On the back, there’s a vertical camera module with four cameras. The rest remains free of distractions, except for the OnePlus logos in the middle and the bottom. There’s nothing funky going on, which makes the phone look elegant.

The most striking factor, though, is the colour of the phone – we got the blue marble colour.

It’s a great change from the regular blackish/greyish colour schemes, for sure. It comes across as unique while still retaining the classy look.


The OnePlus Nord sports six cameras in total – four on the back and two on the front. This gives the Nord enough firepower on paper to fend off its competitors. Whether it lives up to the hype remains to be seen.

Advertisement
The Nord also sports an AMOLED display, and has a notch on the top left. It also supports 90Hz refresh rate, which translates to a smooth experience.

In the first two days of testing, I found the scrolling to be smooth, with no noticeable jank.

The OnePlus Nord also sports a big battery, with a 4,115mAh capacity. However, two days is too soon to say how long the phone lasts. You get a 30-watt Warp Charger bundled in the box, along with the classic OnePlus red cable.

We’ll put the OnePlus Nord through the paces over the next few days to bring you a detailed review covering all the bases. 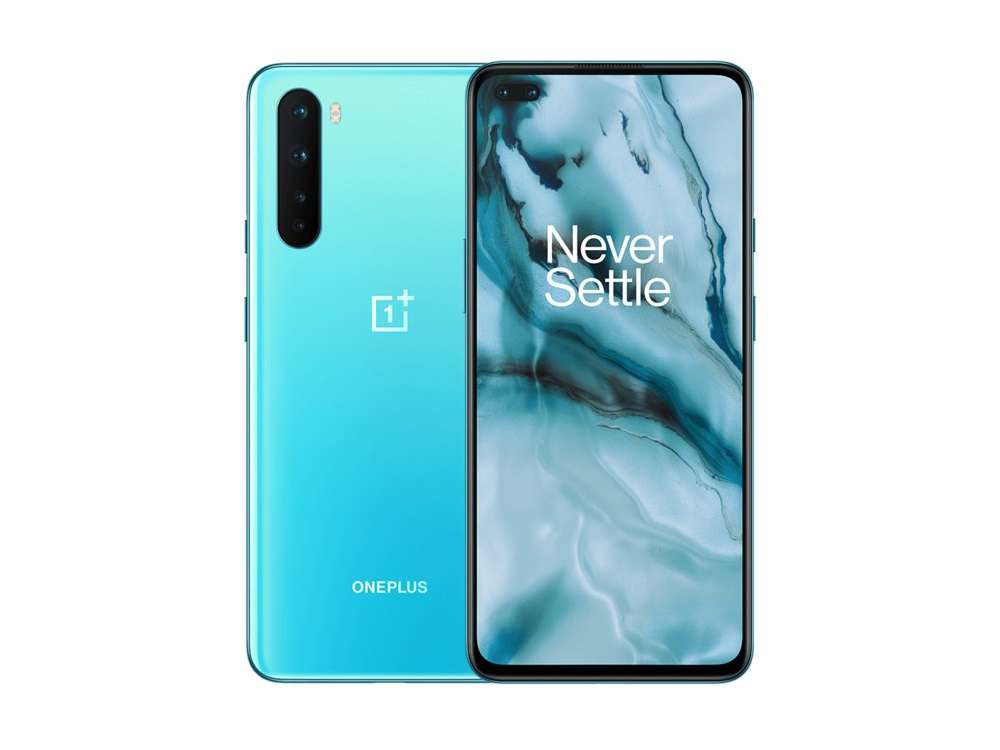