Nothing ear (1) review – clean sound, transparent design for the win

Advertisement
Rounak Jain
Jul 29, 2021, 18:45 IST
Nothing ear (1)Rounak Jain
Advertisement
Nothing, the company, founded by OnePlus co-founder Carl Pei, has been the subject of attention of OnePlus fans for a reason – Pei knows how to market a product. The Nothing ear (1) truly wireless earbuds were launched earlier this week after being teased for several weeks and months.
But there’s more to a product than just marketing, more so in a market that is dominated by giants like Apple, Samsung and countless other companies that make audio products for a living.

To make a splash, Nothing has gone with an interesting approach – transparent design. Many truly wireless earbuds emulate the AirPods design, while some cut the stem off for a more minimal look. There might only be a few ways to design a pair of truly wireless earbuds, but Nothing’s approach helps it stand apart in an extremely crowded market.


I have been using the Nothing ear (1) for a while now and here’s my review.

Nothing ear (1) – the important details

The Nothing ear (1) truly wireless earbuds are priced at ₹5,999 and will be available on Flipkart starting August 17.

The ear (1) earbuds are powered by an 11.6mm dynamic driver and offer features like active noise cancellation, with the audio tuned by Sweden-based Teenage Engineering, which was acquired by Nothing earlier this year.

Wrapping of the specs sheet is IPX4 rating, meaning the Nothing ear (1) is sweat and splash resistant. Nothing also has the ear (1) app for both iOS and Android that allows you to tune some additional options if you want to.

Advertisement
With that out of the way, let’s dig in to the review.

Nothing nails it with the design

The design is undoubtedly one of the biggest selling points of the Nothing ear (1). In my opinion, Nothing has delivered in this regard.


Making a pair of transparent earbuds is no mean feat – especially since these small devices pack in plenty of hardware and technology, making it really challenging to also make them look good. Most smartphones and laptops – much bigger devices than earbuds – are not well-designed on the inside.

That makes the ear (1)’s transparent and clean design all the more impressive.
Advertisement

Another aspect that works in ear (1)’s favour is the fact that most truly wireless earbuds in this price range either look the same or they’re boring. Any and every originality, in this scenario, is welcome and a breath of fresh air.

Lastly, the ear (1)’s case supports wireless charging, which is an added bonus. It also has a USB Type-C port, which is compatible with most smartphone charging cables launched in the recent past.

I have been using the Nothing ear (1) as my primary audio device for the past few days, for both voice calls as well as music.


Advertisement
While it’s not enough time to pass the final judgement on the audio quality and overall performance, I found the audio to be well balanced, with well-defined highs and lows.

I used the ear (1) earbuds with the OnePlus 9 Pro for the most part, and compared it with the Galaxy Buds Plus. I played several tracks, including Gotye’s State Of The Art - the highs and lows were very well balanced, with clear and crisp vocals.

For a change of pace, I tried Lorde’s Royals. The voice was well distinguished, and the bass and treble were well balanced, too.

To mix it up a bit, I played Imagine Dragons’ Demons, and the ear (1) did not miss a beat. The bass was deep and the vocals were well-distinguished.


The default ‘Balanced’ equalizer sounded the best. If you prefer bass or treble, you can toggle the equalizer in the app. Additionally, there’s a ‘Voice’ option that sounds a lot different and is geared towards voice calling over music.
Advertisement

Active noise cancellation works well, but that will result in a battery hit. It is useful in weeding out major noise from vehicles or people talking, but I found some of it still managing to pass through the earbuds. But overall, it worked well.

So far, I have used the ear (1) for voice calls and music, spanning over four days. The charge level in the case has dropped to 70%, and this is after one firmware update.

I will update the review if I notice anything that I haven’t covered above.

While Nothing has gotten most things right for its debut product, the ear (1) still has some rough edges that can be smoothed out.
Advertisement


The voice quality, especially outdoors, is something that needs improvement. My friends reported noticeable disturbance in calls when I was out and about. Nothing says it uses Clear Voice Technology with algorithms to isolate and amplify your voice during calls, but there’s enough room for improvement in this regard.

I also faced minor connectivity hiccups, wherein the ear (1) wouldn’t connect automatically, requiring me to manually connect them by going into my phone’s settings. This happened sporadically, and Nothing has released an update to address this. Since the update rolled out just a few hours ago, I will update the review to address this.


Lastly, the case. It looks great and unique at a time when most of the alternatives sport the same oval/round cube design. But, in terms of ease of carrying it around, this case is slightly on the bigger side.

The bigger size has the added advantage of a bigger battery, but the primary requirement here is how easy it is to carry it in your pocket – it’s not difficult, but it’s certainly noticeable.
Advertisement

Should you buy the Nothing ear (1)?

If you are in the market for a pair of good quality truly wireless earbuds, the Nothing ear (1) makes for a good recommendation. Alternatively, you can also consider the Oppo Enco X, Samsung Galaxy Buds Plus, Jabra Elite 75t, or the Sony WF-XB700.

OnePlus Nord CE 5G Review: Buy it for the basics 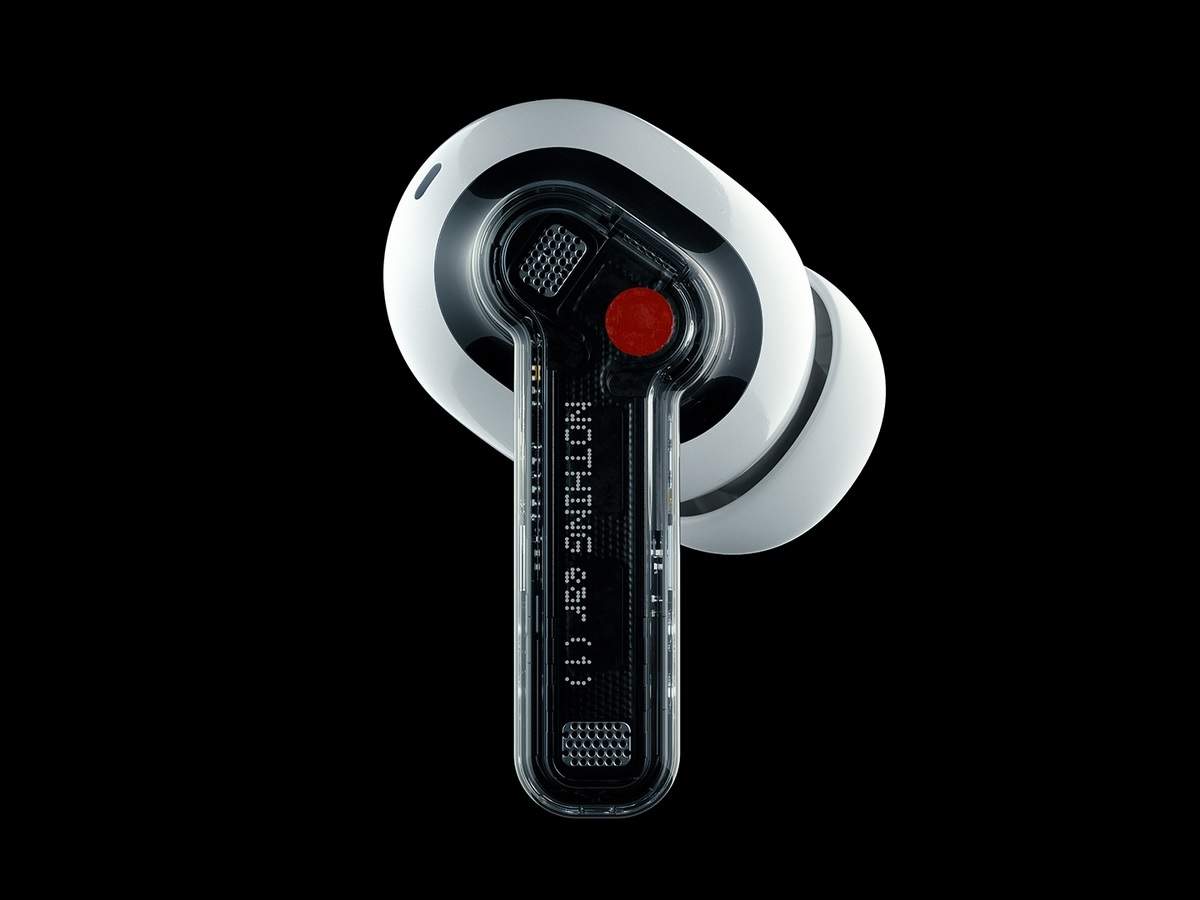