Advertisement
Rounak Jain
Apr 29, 2020, 14:00 IST
Facebook CEO MArk Zuckerberg and Reliance Industries CEO Mukesh Ambani.
Advertisement
WhatsApp loans could be the next big feature for the popular messaging service. With India being one of the biggest markets for WhatsApp and instant loans gaining popularity, WhatsApp loans have the potential to take off.
In a filing with the Ministry of Corporate Affairs accessed by TechCrunch, WhatsApp has listed ‘providing credits or loans’ as one of its main business objectives to be pursued in India.

WhatsApp’s parent company recently entered into a partnership with , acquiring a stake of 9.9% in a $5.7 billion deal. Subsequently, the Mukesh Ambani-owned company launched JioMart service on WhatsApp, allowing users to order groceries and other essentials from the messaging app.

“In my mind, Whatsapp Pay and Jio money will all hopefully get rolled into one. It will just make it quicker since there is nobody in India that doesn't have WhatsApp,” Vikram Sud, an independent director at DBS told Business Insider.

Advertisement
WhatsApp’s existing payments service, WhatsApp Pay, is yet to take off after more than two years of testing. Regulatory hurdles have played spoilsport in this regard, but WhatsApp has reportedly reached out to the National Payments Corporation of India (NPCI) stating that it will ensure compliance with the local data protection laws by May.

In January, Mark Zuckerberg said that WhatsApp Pay will roll out in India within six months. Joining the dots, it seems plausible that it could launch by May.

“This is an amazing partnership on the payments side. Whatsapp Pay did not have the commercial sides of it as Whatsapp was trying to creep into the business. Now, between Whatsapp, Instagram and Facebook — all the commerce can be done through Whatsapp Pay,” said Sud.

Amazon has also launched its credit service called Pay Later. It allows users to purchase products on Amazon, pay utility bills, do recharges and more. Users can make the payment in the next month at no extra cost.

How will WhatsApp loans work?

It is not clear as to how WhatsApp plans to offer loans and to which users. However, looking at other companies like Amazon, Paytm, or PayU which offers LazyPay, WhatsApp could offer a fixed credit limit to its users based on certain criteria.

Users who avail WhatsApp credit could then be required to repay the amount due in a certain time period.

For reference, services like LazyPay Pay Later allow you to make payments once in every 15 days, essentially giving you 15 days of interest-free loan.

Paytm Postpaid works on a monthly basis – your credit bill is generated on the first of every month and you are given 7 days’ time to repay. For example, if you avail the credit facility on May 1, you will have to repay by June 7, giving you 36 days of interest-free credit.

WhatsApp Pay to roll out in India and other countries over the next six months: Zuckerberg 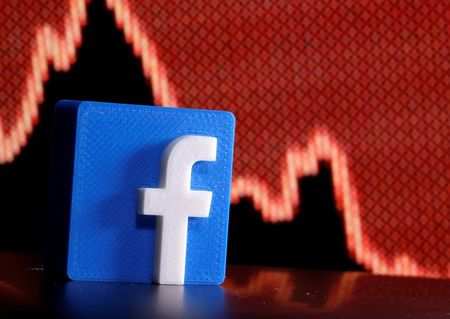