This is how technology can make you lose your job 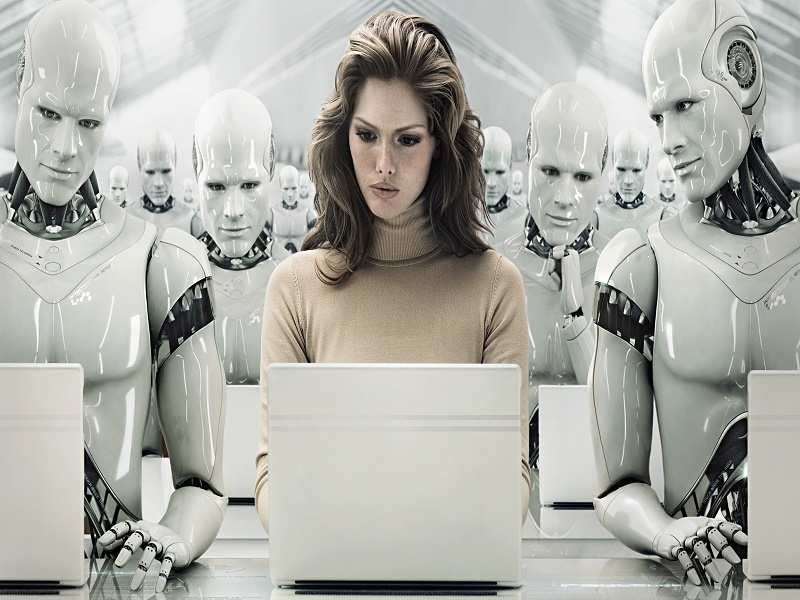 At the World Economic Forum 2016 that was held in Davos, Switzerland, it was stated that the Fourth Industrial Revolution will soon unfold, which will eliminate millions of jobs over the next five to 10 years.

Similarly, a Bank of America-Merrill Lynch report had earlier stated that 47% of jobs in the US will soon be lost to .
The question that comes across now is, are our jobs safe?

Advertisement
Here is a look at different jobs, and the impact that technology would have on them in the coming years.

Farmers: Because of increased mechanisation and farm productivity, less than 2% population is directly employed in agriculture in the US. However, in India, this figure stands at 50%. With time, everything from land, machinery, chemicals and seeds are becoming expensive, and on the other hand, technology is also providing cost-effective labour solutions. This clearly means that individual farming is not going to stick around for a long period of time. The employment in this sector would be reduced to a very low level when wealthy land owners and corporations will take over this sector.

Factory workers: When it comes to Japan, for every 10,000 workers in the automobile manufacturing industry there are over 1,500 robots. This is because technology is faster, better and thanks to technology, it’s also becoming increasingly cheaper. This trend would soon snatch away the livelihood of many factory workers in India.

Advertisement
News reporters: This might come as a shock but Associated Press uses Wordsmith, the natural language reporting platform, to publish over 3,000 financial reports every quarter. Moreover, 8.5% of Wikipedia's total content is written by robots, and because advertising revenues have dropped sharply for news agencies and print media, reporters are proving to be increasingly expensive. Rising use of technology would mean fewer human news reporters, meant for more opinion pieces than news.

Teachers: Online college classes and degrees are already taking a toll over the teaching profession, and thanks to the internet technology, people have started to ditch the idea of going to colleges to pursue higher education. With technology, why would institutes hire teachers, when they don’t even need constant salaries?

Health workers: Watson, an IBM cognitive computing prototype, will soon revolutionise medical diagnosis because of its ability to give accurate, consistent, and above all, free diagnosis of medical conditions. Not only this, smart phones, remote electronic health monitoring devices, computerised medical history would soon eliminate the need of health care professionals.

Advertisement
Accountants: This is not an unknown fact that accounting software for businesses are easier to use, and need fewer hours as compared with human accountants. This has already started to lessen the demand for professional accountants.

Cashiers: Supermarkets and large stores are now carrying automated self-checkout systems, which one needs to swipe to pay. This means, no cashiers in coming years.

Software tester: Technology firms are now using QA automation tools to write their own testing codes, so that the QA process doesn’t require much time. This would mean that many QA engineering jobs would be redundant as early as 2017, as suggested by some firms.