Watch: Leader of Drivers Union Threatens to intensify protests, says will hamper public transportation services if demands are not met 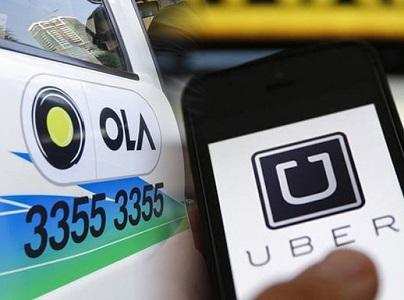 Commuters continue to face difficulties in hiring cabs in Delhi-NCR as the strike called by and Uber drivers entered its seventh day today.
According to data from transport consulting company Valoriser Consultants, Ola and Uber have captured 92-94% of the cab market with a 55:45 ratio.

The Delhi HC held talks with representatives of (SDAD) today which has called the strike against &ldquo;low fares&rdquo; and &ldquo;lack&rdquo; of basic amenities provided by app-based taxi aggregators such as Ola and Uber. The Delhi HC has lambasted the unions for creating havoc for the commuter in the city.

According to , taking a serious view of incidents of violence against vehicles and drivers of app-based cab companies Ola and Uber, Delhi High Court today directed to immediately ensure their safety.
Advertisement

At the same the time, the court said the two drivers' unions have to &quot;get it out of their head&quot; that they can &quot;extract&quot; something from these companies by agitations as they do with the government.

&quot;You cannot demand anything from plaintiffs except by peaceful commercial negotiations,&quot; the court said, telling the two drivers' unions to change their mindset.

ALSO READ: Here&rsquo;s what Ola, Uber have to say as protests by drivers refuse to die down

SDAD claims to represent around 2 lakhs drivers, who work with Ola and Uber, in Delhi-NCR.

This video that has surfaced from the strikes shows the SDAD leader, threatening the government and the companies, and claiming that &lsquo;they will stop all transport such as buses, trains, metro or planes if their demands aren&rsquo;t met&rsquo;.
Advertisement

He also claimed that &lsquo;if their cars are not running, they will ensure that government cars are also not plying on the road.&rsquo;

During morning and evening peak hours, cabs were not available at times on both Uber and Ola apps and the routes where taxis were available, companies were resorting to surge pricing or share rides.