Hiring now! Walmart, Dream11, Ola and Icertis – and they need both full-time staff as well as interns

Advertisement
Sanchita Dash
May 5, 2020, 17:02 IST
Representative imagePixabay
Advertisement
With the coronavirus pandemic, markets across the world have crashed and even the likes of Warren Buffet are holding on to fear. In India, companies across sectors have been cutting corners and much reluctantly announcing job cuts, pay cuts for hundreds of thousands of employees.
But all hope is not gone. Many in India have announced their plans to hire and the tech community is the latest to join in to say they have big plans for the year despite the challenges from the coronavirus pandemic.

India’s first gaming unicorn Dream11 is looking to hire 250 people over the year. The parent company Dream Sports has already hired 80 since January 2020 and is employing across brands like Dream11 (over 180 positions), FanCode and DreamX. The majority of the hiring is for technology, design and product teams.

Another unicorn Icertis – the contract management startup is looking to hire 180 people over the year. Monish Darda, co-founder & CTO of Icertis, believes that this is the time when companies can sit up and turn things around.

“Even if you look in the past, even though the crisis has not been something like Covid19, companies that have been fundamentally strong and have entered the crisis with a lot of dry powder, have done extremely well while coming out of it. We have been fortunate because we raised funds also last year,” Darda told Business Insider.
Advertisement
He added that once you have moved past the first few stages of the crisis, you think of how you can be more fundamentally strong in terms of business processes. “For us this is an opportunity to grow and identify which areas of the business are not affected and grow in that direction, so we have positions open across the board,” he said.

For thousands of graduates of colleges, this was the time to join their campus placement or an internship. While many companies had cancelled offers, some companies are now onboarding virtual interns.

Walmart Labs, the innovation wing of Walmart, which has announced that it will hire 2800 employees in India has also been actively hiring interns virtually.

Indian ride hailing unicorn Ola too has been bringing on board its campus internship recruitments. Ola bets heavy on its internship programs. In fact, one of its most popular features – Ola Auto was actually suggested by an intern.

See Also:
Both Silver Lake and Mukesh Ambani hope that Reliance Jio will replicate Alibaba's magic⁠ — and this time Zuckerberg will get a chunk
Covid-19 threatens to kill co-working ⁠— but the owners believe it will only get cheaper and better
{{}} 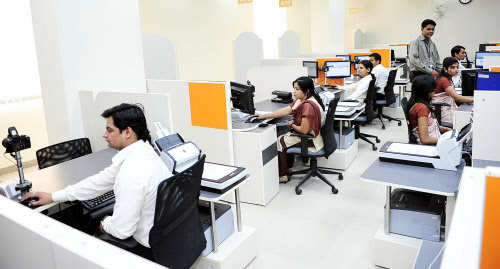