Advertisement
BI India Bureau
May 28, 2020, 11:43 IST
Representative image: India Army major guarding the India-China borderBCCL
Advertisement
The face-off between Indian and Chinese troops along the border in Ladakh seems to have reached an impasse after nearly a month of tensions escalating — and India is settling in for the long haul along the Line of Actual Control (LAC).

Several rounds of talks have failed to ease the tensions and China has reportedly deployed an additional 5,000 soldiers and armoured vehicles on its side of the disputed border, according to Bloomberg. India is matching that with its own troops and artillery guns to fend off any further incursions, said the report.

India matches China’s armoured vehicles and troops with its own battalions and artillery guns as border dispute refuses to subside
India-China border dispute continues to escalate
This is only the most recent uptake of activity as both nations continue with their steady build-up of troops. Last week, China reportedly tripled its boat patrols on Pangong Tso Lake with the countries disagreeing over the ‘Finger Area’ outlined by the mountains which jut out along the northern bank.

India matches China’s armoured vehicles and troops with its own battalions and artillery guns as border dispute refuses to subside
Neither side is prepared to let go of their territory with China’s government claiming that India is partaking in illegal construction and the Indian side claiming that it was Chinese troops that made their way into India’s side of the border in Galwan Valley — the site of the turbulent 1962 India-China war.
Advertisement
The government’s on either side of the border have been downplaying the incidents so far. “At present, the overall situation in the China-India border areas is stable and controllable,” said China’s spokesperson for the Foreign Ministry, Zhao Lijian during yesterday’s press conference.

India’s Ministry of External Affairs (MEA) is yet to make a fresh statement on the developments along the border. On May 21, the spokesperson for the MEA, Anurag Shrivastava said, “Any suggestion that Indian troops had undertaken activity across the LAC in the western sector or the Sikkim sector is not accurate.”

“The two sides are capable of properly resolving relevant issues through dialogue and consultation,” said Lijian.

Trump’s proposal comes at a time when tensions are higher between the US and China as well. Experts believe that the two countries are on the ‘brink of a new Cold War’ as they dispute over everything from human rights to trade issues.
Advertisement
SEE ALSO:
Donald Trump offers to mediate the ‘raging’ border dispute between India and China

After the US, China is evacuating citizens from India as border tensions escalate and COVID-19 cases spike 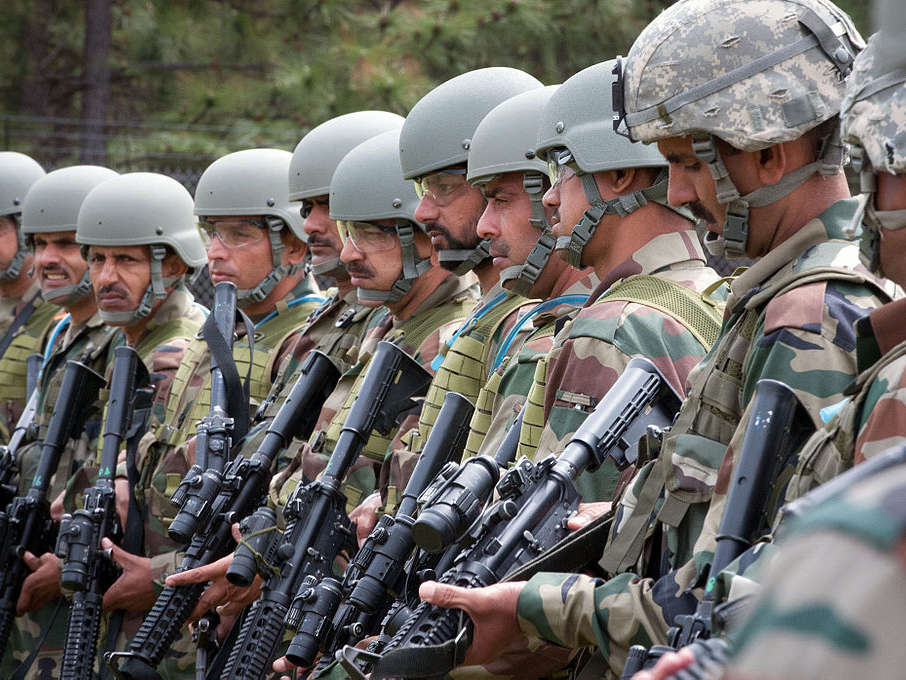 India matches China’s armoured vehicles and troops with its own battalions and artillery guns as border dispute refuses to subside
NewsletterSIMPLY PUT - where we join the dots to inform and inspire you. Sign up for a weekly brief collating many news items into one untangled thought delivered straight to your mailbox.
CAPTCHA: