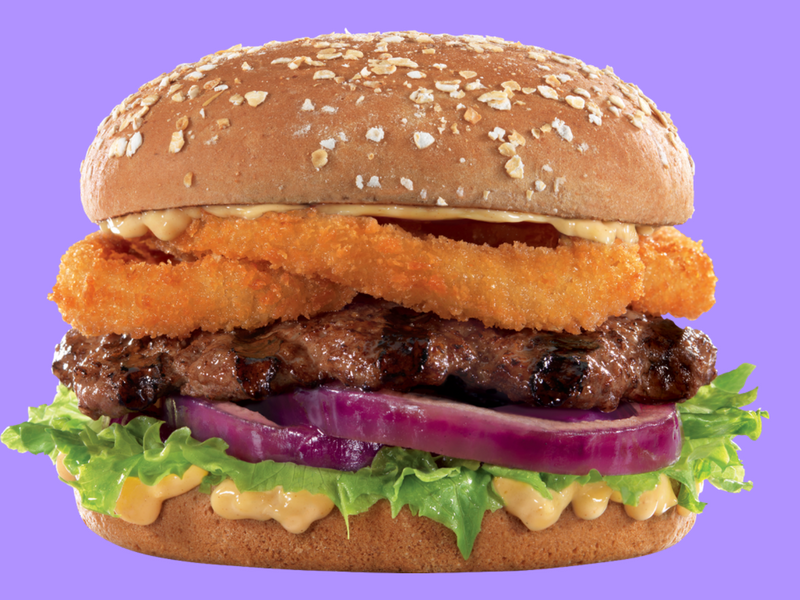 It’s not just a burger! That’s the best one liner one can describe this mutton burger with. ’s Jr, the US based burger chain, which has now spread its wings in the national capital with , has always proved itself radical, be it in experiments with taste or commercials. From to , the burgers have been lucky.

Cleavage, complexity and char grill are the 3Cs of Carl’s Jr DNA. In India, they have let go the first element but has stuck to the rest. It’s the only burger specialized that offers unlimited refills of cold beverage at no extra cost and to top it up the it has successfully injected the fine dining element in its hospitality. If these aren’t enough to lure you, putting the best foot forward would be the juicy and char grilled mutton burger.
Advertisement

Until now, we were habituated to Burger King’s mutton whopper. While the mutton patty is tangy and peppery, it was dry for me. with too much hype was expected to be much better than and , as far as quality is concerned, but it didn’t. May be the hype was too much or the patty flopped. But whatever be the reason, Carl’s Jr with its humble approach in marketing won’t really disappoint. And if you are in Delhi, pay a visit to their outlet and you can grab a beer for Rs 49!

The char grilled mutton patty is the proof that American chefs know how to make a filling meal tasty and enticing. No overpowering of spices and no dryness at all, the juicy patty melts in your mouth with an outburst of exquisite flavour. Awesome Onion Mutton, my personal favourite comes with onion rings in between the buns. Carl’s Jr onion rings are anyways way ahead in their crunchiness and when placed in the burger, its absolute heaven! Advertisement
Analysts say the QSR market in India is a Rs 6,000 crore market, growing at 26 per cent per annum. However, it is just 2-3 per cent of India's food economy, said ratings firm Crisil.