All we know about the Palghar lynching case from credible sources

Navdeep Yadav
Apr 20, 2020, 17:37 IST
On April 16 night when two Hindu religious teachers, Swami Kalpvriksha Giri, Swami Sushil Giri, and their driver Neelesh Telgade from Kandivali in Mumbai were going in a car towards Surat in Gujarat to attend a funeral, according to PTI, when they were lynched by a mob in Palghar, a remote place near Dadra-Nagar Haveli.

The Maharashtra police arrested all of the Palghar lynching case accused requested people to not to politicise the issue and give it communa twist.

Yet, the social media lynchmob made hashtags like ‘Hindu saints murder’, and ‘Palghar lynching’ trend on Twitter, pinning the blame on Muslims while none of the authorities have identified the attackers as Muslim.

Advertisement
The attempt is to whip up a communal fervour while the country is trying to battle the coronavirus pandemic that is threatening millions of lives. 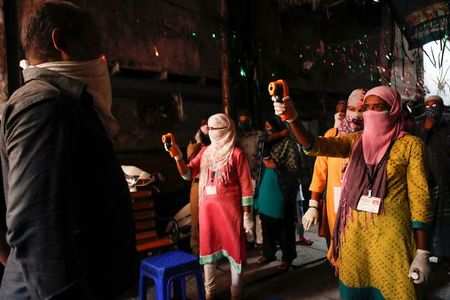 
The Palghar incident has been acted upon. The police has arrested all those accused who attacked the 2 sadhus, 1 dr… https://t.co/z3VAi0xnyK


What happened in Palghar?

The vehicle carrying the three victims was stopped near a village in Palghar after rumours they were kidnapping children to harvest organs, including kidneys. The three were dragged out of their car and beaten to death with sticks by a mob on suspicion that they were thieves.

Advertisement
The police reached the spot, and when they put the victims in the police car, the mob attacked them again. Policemen have also been injured in the incident. Though all three were finally brought to the hospital, they were declared brought dead.

Maharashtra Chief Minister Uddhav Thackeray has said stern action would be taken against those involved in the lynching of the three men.

Was it a Muslim lynchmob?

Advertisement
None of the leading and credible news outlets have identified the perpetrators of violence as Muslim. “Those who attacked and who died in the Palghar mob killings are not from different religions. I have ordered Maharashtra police and @MahaCyber1 to take action against anyone instigating communal hatred in the society or on social media,” Maharashtra home minister, said in a tweet on Sunday.

“Police have detained 101 people involved in the killing of three Surat bound people in Palghar. I have also ordered a high-level inquiry into these killings,” he added.


The reaction has been widespread

The state government has ordered a high-level inquiry into the incident, and the case has been transferred to Maharashtra Crime Investigation Department (CID). Union Home minister Amit Shah intervened in the matter after the issue escalated on social media. Shah in a conversation with Maharashtra CM Thackeray asked him to submit a report to the centre.
Advertisement

In the #Palghar case of mob lynching, till now 110 accused (of local tribal community) have been arrested out of wh… https://t.co/RdDLHhMQo4


Appeals have been made not to spread fake news to give the Palghar lynching a communal colour. Maharashtra state Home minister Anil Deshmukh also warned people that, “police will monitor those who create rifts in the society.”


CM’s address: have updated HM Shri Amit Shah on the Palghar incident& asked him to ensure action is taken against t… https://t.co/eznqsMs4hQ


@artiation @myogiadityanath Palghar is in Maharashtra where the CM is the son of Balasaheb, the Shiv Sena founder.… https://t.co/TOdeOBXhUJ

Akhlaq’s murder made Muslims living all over the country ‘feel unsafe & insecure’ . Why shouldn’t Hindus feel the s… https://t.co/IWUg4KJIfK