Pfizer’s COVID-19 vaccine is 90% effective in preventing coronavirus in those who haven’t been infected ever before, shows data from latest trials

Russia's National Research Center for Epidemiology and Microbiology and the Russian Direct Investment Fund on Wednesday announced that the Sputnik V vaccine, the world's first registered vaccine against coronavirus created on the well-studied platform of human adenoviral vectors, demonstrated high efficacy.
Currently Sputnik V Phase III clinical trials are approved and are undergoing in Belarus, the UAE, Venezuela and other countries, as well as Phase II-III in India. A separate detailed study of the vaccine's safety and immunogenicity for elderly people is also being conducted.

The confirmation is based on the first interim data from the largest double-blind, randomized, placebo-controlled Phase III clinical trials in Russia involving 40,000 volunteers. The trials evaluated efficacy among over 16,000 volunteers who received the vaccine or placebo 21 days after the first injection.

As a result of a statistical analysis of 20 confirmed cases of coronavirus, the case split between vaccinated individuals and those who received the placebo indicates that the Sputnik V vaccine had an efficacy rate of 92 per cent after the second dose.

Separately, in September the vaccine was first administered to a group of volunteers from the "red zones" of the Russian hospitals. The observation of additional 10,000 vaccinated volunteers representing medics and other high-risk groups under the civil use of the vaccine out of clinical trials also confirmed the vaccine's efficacy rate of over 90 per cent.
Advertisement
The data received will be published by Gamaleya Center researchers in one of the world's leading peer-reviewed medical academic journals following an independent valuation of the data by leading epidemiology experts. Following the completion of Phase III clinical trials of the Sputnik V vaccine, Gamaleya Center will provide access to the full clinical trial report.

In addition, as of November 11, no unexpected adverse events were identified as part of the research. Some of those vaccinated had short-term minor adverse events such as pain at the injection site, flu-like syndrome, including fever, weakness, fatigue, and headache.

During the clinical trials, the safety of the vaccine is constantly being monitored; information is analysed by the Independent Monitoring Committee comprising of leading Russian scientists. Collection, quality control and data processing is conducted in line with the ICH GCP standards and involves active participation of Moscow's Health Department and Crocus Medical, the contract research organization (CRO).

Observation of the study participants will continue for six months after which the final report will be presented. The research data will be provided by RDIF to the national regulators of countries interested in purchasing the Russian vaccine in order to streamline the registration process.
Advertisement
Mikhail Murashko, Minister of Health of the Russian Federation said that the use of the vaccine and the results of clinical trials demonstrate that it is an efficient solution to stop the spread of the coronavirus infection, a preventive healthcare tool, and this is the most successful path to defeat the pandemic.

Alexander Gintsburg, Gamaleya Center Director: "The publication of the interim results of the post-registration clinical trials that convincingly demonstrate Sputnik V vaccine's efficacy gives way to mass vaccination in Russia against Covid-19 in the coming weeks. Thanks to the production scale up at new manufacturing sites, Sputnik V vaccine will soon be available for a wider population. This will break the current trend and lead to an eventual decrease in Covid-19 infection rates, first in Russia, then globally."

Denis Logunov, Gamaleya Center Deputy Director said that positive interim results of Phase III give reasons to expect a successful outcome of Sputnik V clinical trials. "We will continue to process and analyse all the data and look to the future with optimism, expecting that results of our work will help end the pandemic sooner."

Kirill Dmitriev, CEO, Russian Direct Investment Fund: "Sputnik V is the first registered vaccine against Covid-19 in the world, the vaccine is based on a safe and effective platform of human adenoviral vectors. More and more countries are recognising the human adenoviral vector platform and plan to include these vaccines, as the most studied and known, in their respective national vaccine portfolio. I would also like to stress the importance of international cooperation and close partnership among vaccine-developing states."

He added, "Vaccines should be above politics. The world needs a diversified portfolio of high-quality vaccines with Sputnik V, based on the well-tested human adenoviral vector platform, being an important element of it."
Advertisement
The safety of vaccines based on human adenoviruses was confirmed in more than 75 international publications and more than 250 clinical trials conducted during the past two decades (while the history of use of human adenoviruses in vaccine development started in 1953).

Adenovirus vectors are genetically modified viruses of the regular flu that cannot reproduce in a human body. When Sputnik V vaccine is used, the coronavirus itself does not enter the body as the vaccine only contains genetic information about part of its outer protein coat, the so-called "spikes" forming its crown. This completely eliminates the possibility of getting infected as a result of vaccination while also causing the body's stable immune response.

On September 4, The Lancet, one of world's leading medical journals, published a research paper on the results of Phase I and Phase II clinical trials of the vaccine that showed no serious adverse events and an effective immune response of those vaccinated.

Requests for more than 1.2 billion doses of Sputnik V vaccine came from over 50 countries. The vaccine supplies for the global market will be produced by RDIF's international partners in India, Brazil, China, South Korea and other countries.

The existing RDIF contracts with international partners enable the production of 500 million doses of the Sputnik V vaccine outside Russia annually. RDIF is now considering additional requests from a number of countries and companies to further increase its foreign production capacities.
Advertisement
On August 11, the Sputnik V vaccine developed by the Gamaleya Center was registered by Russia's Health Ministry and became the world's first registered vaccine against Covid-19.

PSU bank employees wage revision finalised after three years of waiting — only a ₹1,500 increase in salary for officers 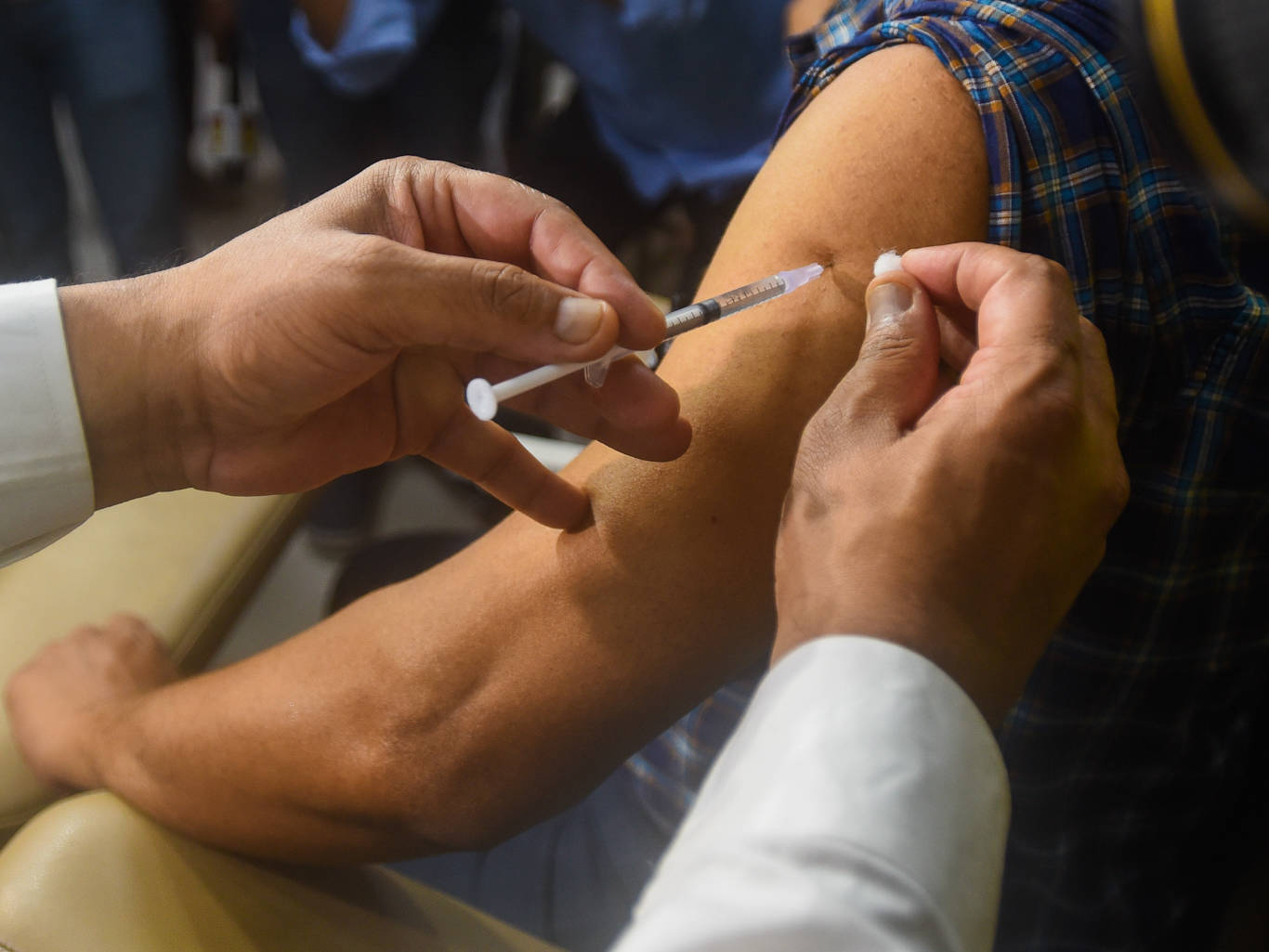 Pfizer’s COVID-19 vaccine is 90% effective in preventing coronavirus in those who haven’t been infected ever before, shows data from latest trials

Russia's National Research Center for Epidemiology and Microbiology and the Russian Direct Investment Fund on Wednesday announced that the Sputnik V vaccine, the world's first registered vaccine against coronavirus created on the well-studied platform of human adenoviral vectors, demonstrated high efficacy.
NewsletterSIMPLY PUT - where we join the dots to inform and inspire you. Sign up for a weekly brief collating many news items into one untangled thought delivered straight to your mailbox.
CAPTCHA: