Advertisement
Prabhjote Gill
Mar 18, 2021, 11:15 IST
India's upcoming data protection laws have more terms and conditions than Europe's General Data Protection Regulations (GDPR)BI India
Advertisement
India is ready to take a stab at formulating its first laws to govern data and it is using the European Union’s General Data Protection Regulations (GDPR) as the template. And, for companies operating in India, this could end up being a stick in the mud.

While GDPR and India’s Personal Data Protection Bill (PDP) are similar in many ways, the differences between them mean that a company which is compliant in Europe may not necessarily be compliant under the PDP.

“The PDP scope of application is broader than that of the GDPR as an entity will fall within scope merely by processing personal data in India when compared to that of GDPR,” Neeraj Dubey, a partner of corporate law at Singh & Associates told Business Insider.

Moreover, India has thrown a wider net over what constitutes sensitive personal data as compared to the GDPR. A company may have to comply even if it merely processes personal data in India, and doesn’t collect the data locally, according to law firm Covington and Burling.

For instance, financial data has been categorised under sensitive personal data. “This is an area of concern as processing of sensitive personal data involves greater compliance requirements. Consequently, the large innovations in fintech space, which is currently being observed in India, may get affected,” points out Supratim Chakraborty, a partner specialising in data privacy and protection at Khaitan & Co.

This means even if companies are GDPR compliant, they will have more sorting and more rules to abide by.

Government stronghold on critical personal data
Not only is critical personal data a new category altogether, companies have to make sure that it is exclusively stored and processed in India. In order to transfer any data that falls into that category outside of India, firms will need additional approval from the Data Protection Authority (DPA) and the Supervisory Authority.
Advertisement
“Therefore, compliance with the GDPR may not result in compliance with the PDP, since transfer outside India will depend on approvals and permissions, either by the DPA or the central government,” noted Ikigai Law.

Government intervention doesn’t stop there. The GDPR doesn’t lay out any terms and conditions to monitor anonymised data. The PDP, however, allows the central government to access non-personal data as long as it’s to frame policies in the interest of the ‘digital economy’.

For users, this a bigger question of privacy. Meanwhile, for companies, it implies that anonymisation standards may differ between the two frameworks.

“Given the current ambiguity in several key provisions of the PDP, the overreaching powers given to the executive, and the exemptions granted to it under the PDP, adequate safeguards and checks and balance are required to be built into the legislation to prevent any misuse of its provisions” said Namita Viswanath, a partner at IndusLaw.

The question of consent
While one can understand the requirement of having terms and conditions available to users in multiple languages, especially in a country as diverse as India — it means a lot more work for companies collecting data.
Advertisement
While firms only need to cough up consent in English under the GDPR, they will have to arrange for multiple languages under the PDP.

India’s data protection framework also proposes setting up ‘consent managers’ — a new type of entity of channelling consent. “Data principal [user] may give or withdraw consent through a “consent manager” whereas no such provision exists under GDPR,” explained Dubey.

Penalties under the Data Protection Bill, 2019:

India’s bill also allows companies to process data for ‘reasonable purposes’. However, unlike the GDPR’s ‘legitimate interests’ — which are clearly outlayed — a purpose will be deemed ‘reasonable’ only by the overarching authority, the DPA. This leaves companies with a lot of grey area, in which to operate.
Advertisement
“The term ‘reasonable purpose’ is extremely broad and has been left to the subsequent prescription by the DPA, while under the GDPR, the scope of ‘legitimate interest’ can be determined by data controllers on a case-to-case basis,” said Viswanath.

To tell or not to tell — who has the power?
Under the GDPR, all breaches are to be reported to supervisory authority and to the users as well.

India, however, won’t require users to be informed by law. In the case of a data breach, a data company will only have to inform the end users if the DPA deems it so.

“Many provisions under the PDP have been left open-ended and for the Central Government or the Data Protection Authority to notify subsequently, leaving a huge scope for potential misuse and room for ongoing regulatory uncertainty,” said Viswanath. 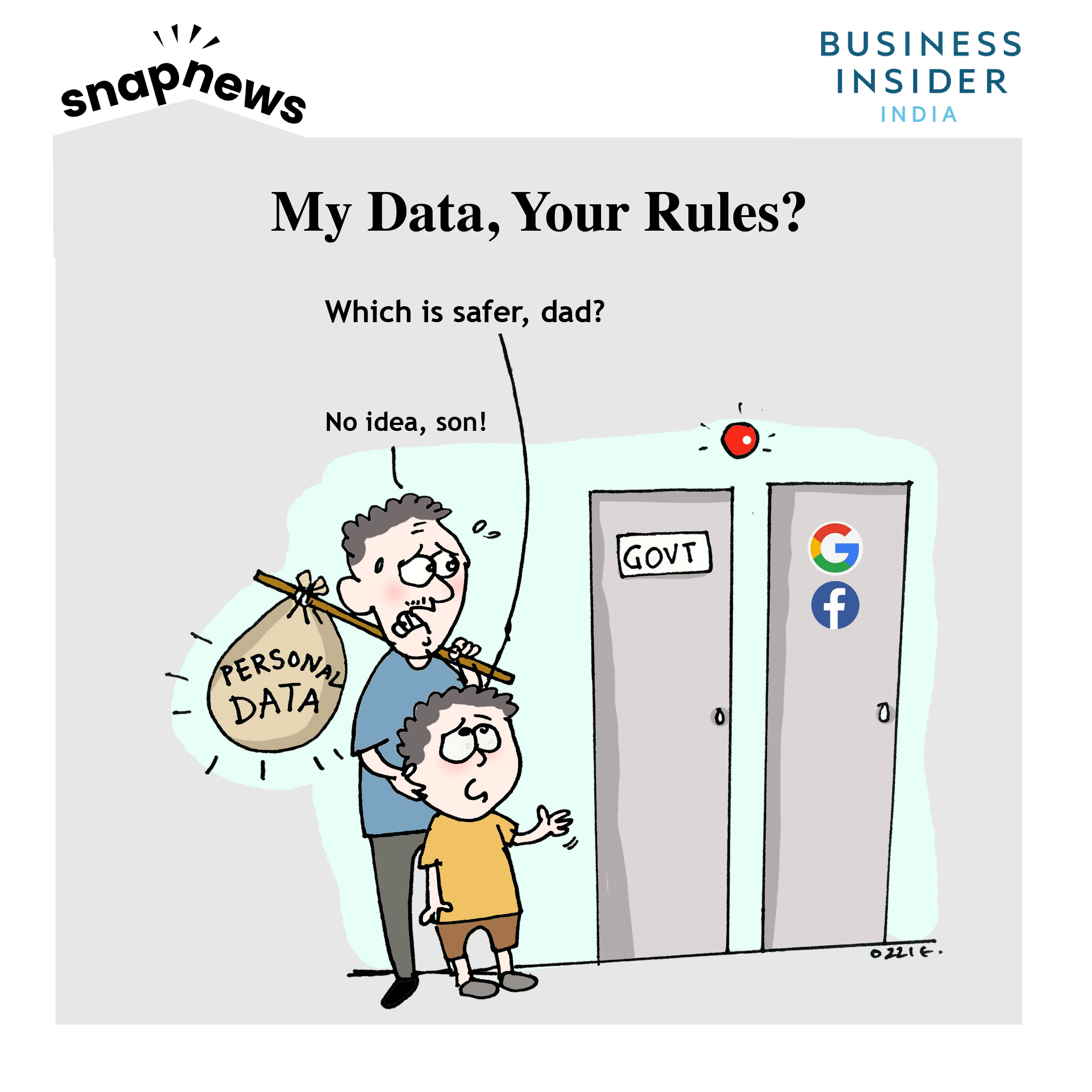