Advertisement
BI India Bureau
Mar 17, 2020, 18:00 IST
Meditation isn’t about becoming a different, new or better person. In essence, it is training in awareness and developing a healthy perspective. You’re not trying to turn off your thoughts or feelings; you’re learning to observe them without judgment. Eventually, you will start to understand them better as well.
Advertisement

In a fireside chat, bestselling author and yoga acharya, Ira Trivedi, spoke to Rich Pierson, Co-Founder and CEO of Headspace, and Andy Puddicombe, Co-Founder of Headspace, on the importance of taking time out to notice one’s surroundings. The conversation began with a short meditation session led by Andy Puddicombe at Gurgaon’s exclusive The Quorum club. It was attended by The Quorum’s members, wellness enthusiasts and entrepreneurs. Vivek Narain, Founder, The Quorum, said, "Wellness is an integral part of The Quorum, and we were delighted to host a conversation with the founders of Headspace, which has made meditation & mindfulness accessible to people all across the globe. Mental health is just as important as physical health, and our wellness programme at The Q fine-tunes the body through yoga & our world-class fitness centre, and the mind & soul through meditation and personalised holistic coaching."

When asked about how it all started, Puddicombe recalled that after completing his monastic commitment in 2004 he returned to the UK with a huge-yet-simple goal: to demystify meditation and mindfulness, and make them accessible to all. Soon after, while offering one-on-one meditation sessions at a health clinic, he met Pierson and began a skill-swap. Pierson offered him marketing advice for his clinic while Puddicombe taught him how to meditate. That exchange changed Pierson’s life and he saw, firsthand, what a difference meditation could make if taught in a more accessible way. It felt natural to empower others to experience the benefits, so both of them began working together on Headspace. The project launched officially in 2010.

While describing their struggles, Pierson mentioned that, initially, investment was a challenge since it took time to convince people about the concept. This forced them both to get creative and find ways to make mindfulness scalable. “We started Headspace by doing events, and in 2012 we created the subscription services via an app for iOS and Android,” said Pierson.

Advertisement
When asked about competition as their 10-year anniversary approaches, Puddicombe said he welcomed different offerings but was confident that Headspace’s focus on authenticity and science – with 70 clinical trials and 25 published papers – is what makes the app stand out. Headspace is committed to advancing mindfulness through clinically validated research, having one of the largest research pipelines of any digital health and wellness company.

Headspace for Work, its B2B business, offers its products and services to more than 600 leading companies such as Hyatt, Adobe, GE and Starbucks to help them build healthier, more productive cultures and higher-performing organisations. Headspace partners with many of the world’s most recognisable brands, such as Apple, Amazon and more. It also partners with sports brands and organisations like Nike, the NBA and the US women’s soccer team to offer sport and movement content. “Among all our clients, we have had sessions for Bill Gates and his family too,” he added.

Headspace will enable Indian users to integrate mindfulness and meditation into their daily lives through easily accessible routines, including sleep and movement. Even today, Indian users can explore bite-sized audio sessions on a wide range of subjects, from focus and productivity to stress and anxiety. There’s even content for children, which teaches mindfulness and life lessons to kids. The courses are led by the guiding voice of Puddicombe, whose 10-year-long travels across the world culminated with his ordination as a Tibetan Buddhist monk in North India.

Headspace has one mission: to improve the health and happiness of the world. Now reaching more than 62 million users in 190 countries, it was one of the first meditation apps in the world and remains a leader in mindfulness and mental training.


Disclaimer: Both Headspace and Business Insider are Times Bridge partners in India 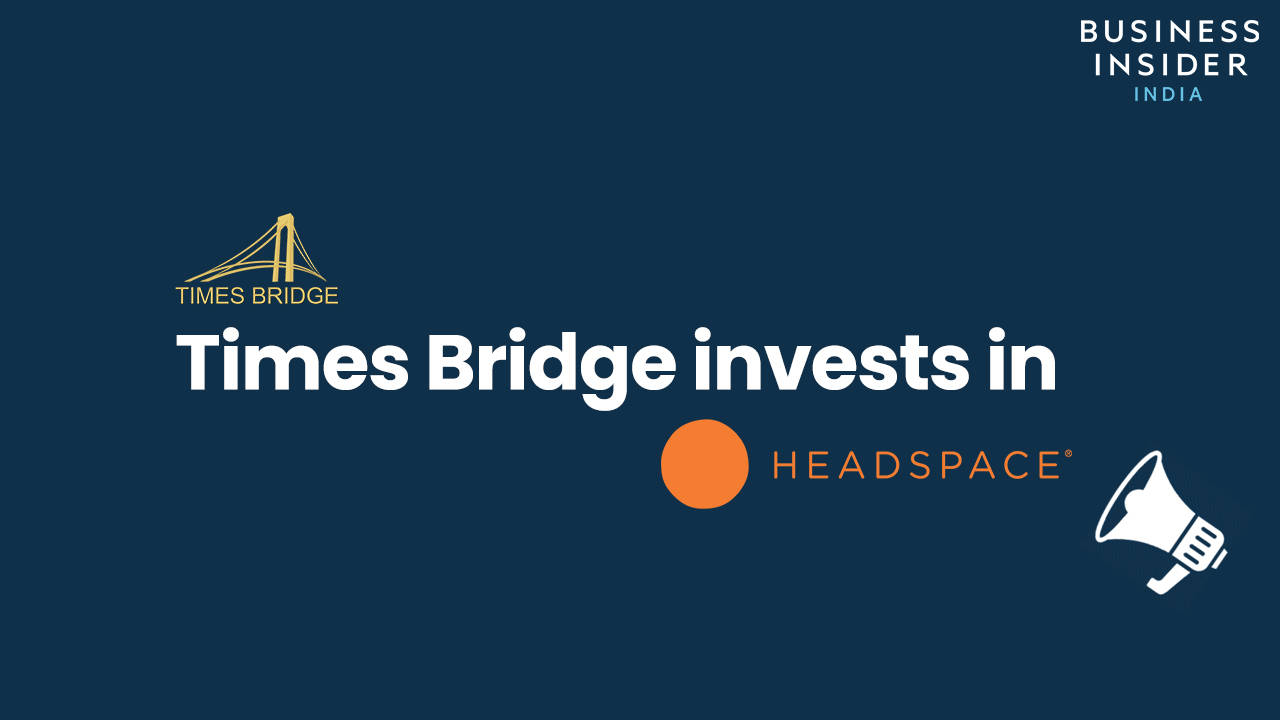