Read on to know what makes a city, a smart city in India 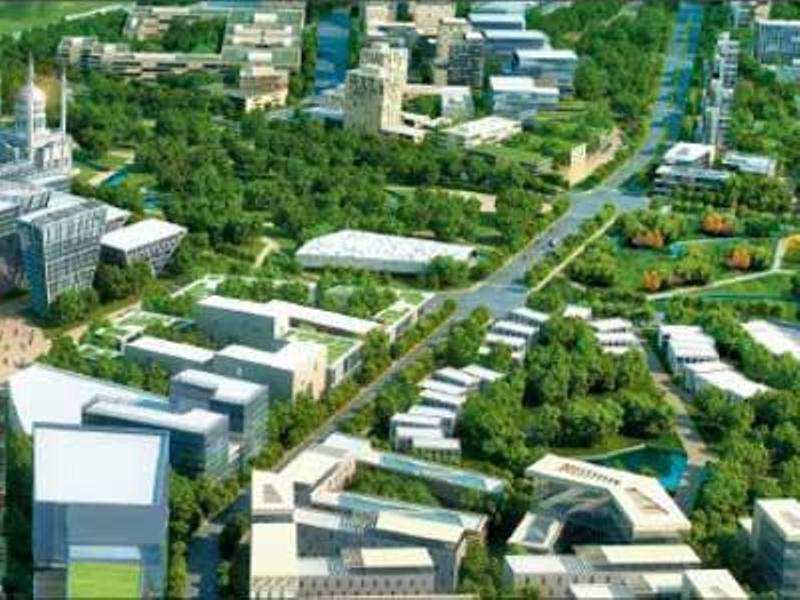 While many consider Prime Minister ’s ambitious project to build 100 smart as a game changer, it is important to note that there are many challenges that the government and other stakeholders will have to overcome in order to build a real ‘’.

“There are so many challenges that we have to overcome. Lack of basic amenities, disconnect between the state authorities and the communities as well as inefficient use of resources, needs to be addressed,” said renowned environmentalist GK Bhat, chairman of Taru, Leading Edge Pvt. Ltd, a trans-disciplinary management consultancy that has been working on India’s development challenges.

He added that in a smart city, people should have universal access to all the basic amenities available in an urban area. “Even in cities such as Delhi and Mumbai, there are several existing issues that needs to be addressed before we can think of building. So, if such issues are not resolved, then how can we build smart cities,” explained Bhat. Bhat has recently launched his new book Road to Resilience that talks about the challenges in a city and the plausible solutions for them.

Bhat has suggested a four-pronged strategy to deal with the challenges.

A smart city should be able to people from different classes should have access to the basic amenities such as water, electricity and gas among others for 24x7. “A smart city model should have the government give a common point supply to all the localities. From thereon, each household can take a connection as per their requirement. Anything above their requirement will attract extra cost. This way, we can ensure that everyone has equal access to the basic facilities that one should in a smart city,” he suggested.

Taking a dig at the ’s subsidy policy, Bhat noted that the concept of subsidies will not work in a smart city as the rich will go for the alternate. “Subsidies do not help but only delays the problem,” he asserted.

Besides, he averred that in a smart city, additional consumer products such as inverter or water purifiers should not be needed as it should be provided by the local bodies. “There should be redundancy in abundance. We should not need these equipments because these facilities should be provided to us by the local bodies. A smart city should cut down our dependence on these machines,” stated Bhat.

Advertisement
According to Bhat, in a smart city, there should be smooth flow information about what is going-on in a city. “ The state authorities should know what is happening in a smart city. There is a lot of participation by the people and hence there will be a lot of information at the disposal of the agencies, which can be used to avert a major problem,” he asserted.

Citing the example of metros such as Delhi, Bhat noted that the city is unable to handle the weather shock when it rains heavily. “A smart city is one, which should be able to withstand weather shocks. In metropolitan cities such as Delhi and Mumbai, heavy rains have resulted in waterlogging and floods respectively. A smart city should have proper infrastructure to deal with any unwarranted situations such as heavy rains or power blackouts,” he said.

According to Bhat, a smart city should be disaster proof. And in the worst case scenario, in which the systems fail, they should fail slowly, which will allow people time to prepare for the challenge.

Also, in a smart city, travel should be negligible. Bhat explains that on an average, a person spends about two hours on the road to reach his destination on a daily basis. He argued that a smart city should be planned in such a way that travelling time should be minimal.

In a smart city, every stakeholder should be equally involved in its planning. Hence, every stakeholder-- government and the local bodies, the lower income group and the crème-de-la crème or the private sector and finally the communities, should participate in the planning. “There should be consultation while planning a smart city. Also, the system should be devolved in order to ensure efficient flow of work,” suggested Bhat.

Substantiating his point, Bhat explained that a smart city should be inclusive of the preferences of those involved. Also, the responsibility should also be methodically distributed amongst the stakeholders. “For instance, rain harvesting should be an individual process or a community process. It should not be on the local bodies to conserve rain water,” noted Bhat.

While Bhat shared his views on Prime Minister Modi’s pet project, we feel a smart city is one which is technologically strong and has mechanism to deal with unwarranted situation. At the same time, the city should be able to handle the rapid growth of urbanization and provide alternatives, thus addressing the issue of illegal colonies, prevalent in the cities in India.