Will India secure a permanent seat in UN Security Council? Keep a watch on G-4 summit! 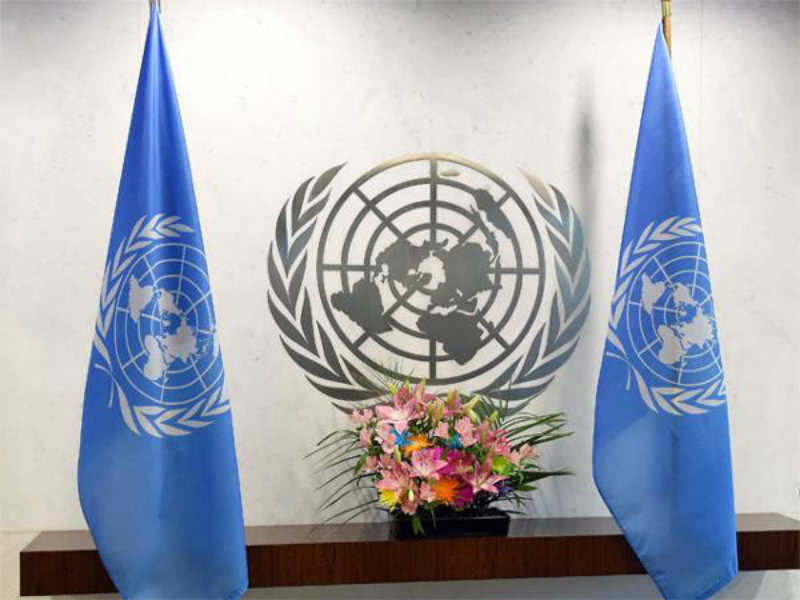 India is going to host a "very substantive and significant" summit meeting of the G-4 nations – Japan, India, Germany and Brazil. G4 nations want expansion of the UN Security Council and permanent seats for themselves.
Advertisement

The aim will be to push for early reforms amid the UN General Assembly adopting a decision to commence text-based negotiations on the long-pending reforms.

While interacting with reports, External Affairs spokesperson said: "The G-4 summit is a very important engagement."

The summit on September 26 will be the first since 2004 and will bring together German Chancellor Angela Merkel, Brazilian President and Japanese Prime Minister .

India's Permanent Representative to the UN Asoke Mukerji said the summit has "come together as an event" only after the September 14 consensus adoption by the UNGA of a negotiating document and the decision to commence text-based negotiations.

Advertisement
The high-level summit "conveys its own message that the G-4 nations can play a role in galvanizing broad based support for the outcome of the negotiations which will start in November this year," Mukerji said.

"We regard this very substantive and very significant especially in the light of the fact that the UNGA recently passed a decision calling for text-based negotiations and presenting a text on the basis of which the negotiations on the Inter-governmental format can take place," he said.

Mukerji said the main focus of the summit is to "build" on the UNGA's adoption of a negotiating text on UNSC reforms.

"The leaders will decide during that meeting on the way forward," Mukerji said, adding that an outcome is expected.

Sounding an "optimistic" note, Mukerji said he assumes that the process of negotiations should conclude "as the Prime Minister has called for" with a concrete outcome on the reforms by the end of the 70th UNGA session next September.

Advertisement
He said that the speed at which the process moves forward will depend on the UN member states but "our effort will be that by the end of the 70th session in September 2016, the final text should be tabled in the Assembly for adoption.

On the US support to India, Swarup said while there are various templates for UNSC reform, the end product with India as a permanent member has Washington's "unwavering" support.

Prime Minister Modi is also expected to seek enhanced role for peacekeeping contributing countries like India in the UN's decision making process on its peacekeeping operations.

Modi is likely to make a statement on September 28 at UN Peacekeeping Summit convened by President here.

India has been the single largest contributors of troops to UN peacekeeping operations. This year India will pass 185,000 cumulatively rotated through UN system, he said.

Advertisement
The Peacekeeping Summit will also be attended by Pakistan PM Nawaz Sharif. The summit will provide a forum for the leaders of India and Pakistan to come face-to-face.