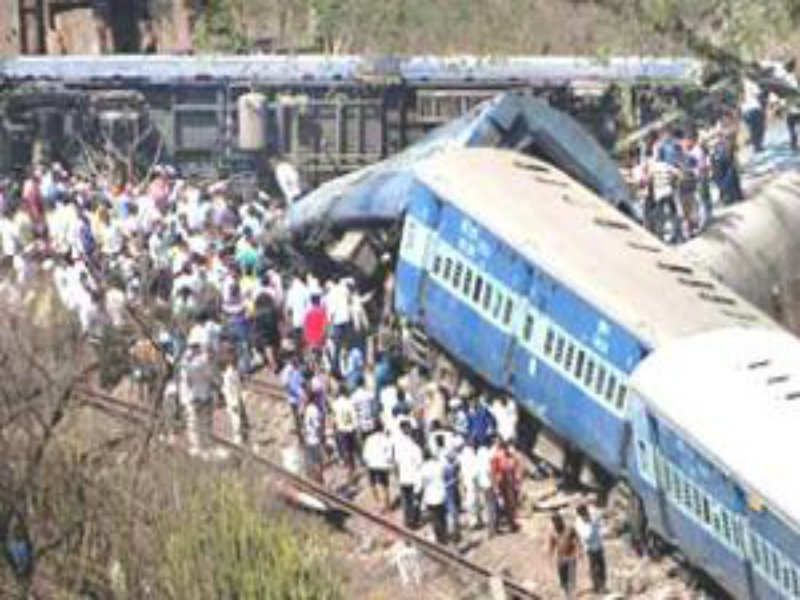 At least 38 were injured after five coaches of the Mangalore-bound express train derailed near Cuddalore district, about 200 kms from Chennai.

According to police and railway officials, the mishap occurred around 2 a.m. when the coaches of Chennai-Mangalore Express derailed at Puvanur in Vriddhachalam.

The injured have been taken to nearby hospitals, official said, adding that the train services on the busy route were disrupted for a few hours.
Advertisement

However, trains were later operated on alternative route but they were running late.

The Friday's accident is the third one in about a month. The mishap once again put the spotlight on railway safety.

On August 4, more than 35 people died and 25 were injured when two trains derailed in Madhya Pradesh.
Advertisement

Five people, including a Karnataka MLA were killed on August 24 when a granite-laden truck rammed into an express train at a level crossing in Andhra Pradesh.