‘Anonymous’: Annihilating Corporations and Government Since 1999 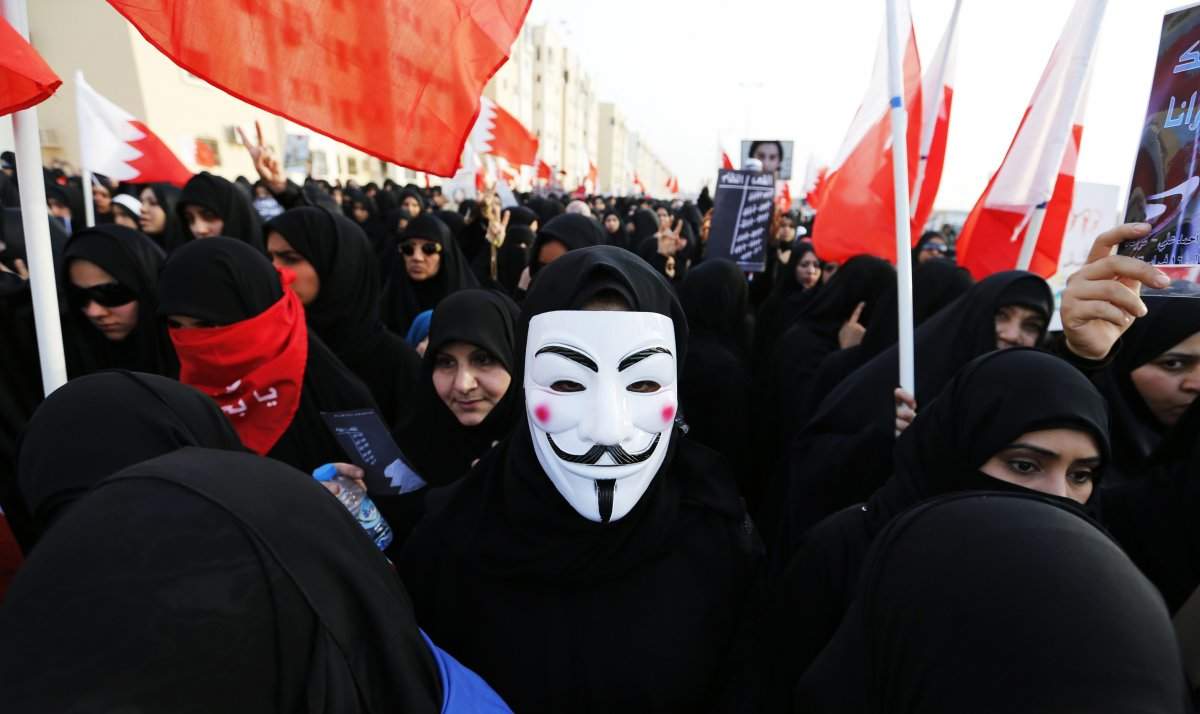 Hacktivists can be characterized as politically propelled programmers. Hacktivists are unlike other hackers, in light of the fact that their inspirations are driven by the quest for social change, instead of looking for benefit or scholarly interest. It’s a new controversial form of civic participation, which will in all likelihood keep on having an effect on the Internet and the world.

It has been asserted that anarchism has embraced a 'very irresolute' association with technology, 'wavering between a bitter critique driven by the experiences of industrialism, and an almost naive optimism around scientific development. Early anarchists, including Malatesta, Goldman and , saw technology as giving workers an emancipatory potential from capitalism, while oppositional readings of innovation from Pierre-Joseph Proudhon, in any case, strengthened the critical perspective that technology can just have the necessities of capital encoded into it from the start.
Advertisement “Hacktivism is far from dead. We, by which I mean ourselves and our confidants, have broken into frameworks. We have mutilated sites, we have discharged information, we have disseminated that information to those we accept to be equipped for making utilization of the information, yet I feel unsatisfied with our outcomes. It's altogether conceivable that my desires are too high, yet a veritable dialog among hackers, and even potentially those seeking to resemble us, would be very valuable,” quoted a hacktivist.

“Last came Anarchy; he rode
On a white horse, splashed with blood;
He was pale even to the lips,
Like Death in the Apocalypse.

And be wore a kingly crown;
And in his grasp a sceptre shone;
And on his brow this mark I saw--
I am God, and King, and Law!” – The Masque of Anarchy

The Rise of Anarcho-Hacktivist Groups
Advertisement

In recent years, newspapers have been loaded with news of online assaults against governments and corporate sites asserted by gatherings calling themselves and Lulzsec. Hactivism did not begin with Anonymous, in some ways it could be seen as a take after on to gatherings like the Yippies and the later Yes Men. Electronic disobidience retreats back to 1994, to gatherings like the Zippies, the Electronic Disturbance Theater, Milw0rm, The Electrohippies, The 1984 Network Liberty Alliance, and the Hackbloc collective.

The hacker association ‘Cult of the Dead Cow’ gave the term Hacktivism in 1996 and established the group in 1999, which had created instruments to subvert restriction and aid freedom of access to data, for example, to help human rights activists in China. As opposed to Anonymous they don't regard website defacement or denial of service attacks as hactivism. Advertisement
Anonymous started on the message board 4chan, one of their crusades being directed against the Church of Scientology. In some ways, Anonymous are to a greater degree a strategy and outlook than an authentic firm gathering as such, as they have no order and control structure.

Those on the left are undoubtedly aware of gatherings like who have increased colossal media consideration and recognition by human rights and media straightforwardness by discharging reports to the general population which have unsettled the quills of lawmakers unwilling to having their filthy clothing broadcast out in the open.

Anonymous rushed to act against Paypal when they solidified the record of Wikileaks -- an Anonymous statement explained that the organisations share similar goals of greater transparency and less censorship. Advertisement
‘V’ for Vendetta: We Are The Legion

Not the majority of Anonymous' exercises include assaulting systems or sites. Anonymous has likewise been active in organising public protests. Be that as it may, the web and IRC channels are the soul of the gathering. If not for the Internet, Anonymous would've never existed.

A Brief Introduction to Anonymous’ recent Agitations Advertisement
- Anonymous Vs the Church of Scientology: The inspiration driving the sudden clash identified with an inside limited time video for the Church, featuring Tom Cruise, which had been spilled onto the web. The substance was humiliating for the association and their famously forceful legitimate group instantly started issuing notices to bring down any site that facilitated the video with dangers of lawful activity in the event that they didn't agree. This struck at the very heart of issues that programmers at Anonymous held sacrosanct - free discourse and no-control. Their video reaction debilitated to demolish Scientology 'for the benefit of your supporters, for the benefit of humanity', denoting the start of a maintained battle of DDoS assaults, telephone tricks, and inevitably coming full circle with an invitation to battle for adherents to take to the avenues and picket Scientology workplaces around the globe. This appeared a possibly humiliating move for a hidden and unique group of programmers. So It came as a gigantic astound when the day arrived and more than 10,000 individuals gathered in a few noteworthy urban communities over the globe, numerous wearing the embraced characteristic of Anonymous - a Guy Fawkes cover like the one that showed up in the motion picture V for Vendetta. Hacktivism had left the dinky domains of cellars and rooms and turn out onto the boulevards.


- The Arab Spring: It was shocking then that amidst those turbulent days the development had what numerous accept was its finest hour. After Wikileaks discharged the reports the site was expeditiously obstructed by the Tunisian government. Further examination of occasions in the North African nation uncovered charged rates of censorship, Facebook hacking to change hostile to government proclamations furthermore track the personalities of those taking a stand in opposition to the initiative. Anonymous individuals, working with kindred hacktivist bunch Telecomix, took out a few authority locales, and gave Tunisians apparatuses to stay away from discovery while on the web. The Tunisian president Ben Ali additionally had his servers hacked by activists and the data was sent to Wikileaks for them to showcase it on their site. At last the dictatorship toppled under the heaviness of online assault.
Advertisement - This start in the Arab Springs uprising offered fearlessness to those in Egypt who were additionally battling to expel their hid dictatorship. In striking back the administration strengths attempted to control web access for the entire country so that the general population would be kept from utilizing online networking to arrange themselves and convey a message of their situation to the world. Again Anonymous and Telecomix made sure show the footage of dissenters conflicting with forceful government powers outside the nation. They additionally made different dial-up web access points, taught Egyptians how to validate SSL keys and declarations to go around the forced confinements, and propelled their own DDoS attacks on government sites.

- Operation Payback: This is how anonymous explained this operation

“To whom it may concern,
This is to inform you that we, Anonymous, are organizing an Operation called “Payback is a bitch”. Anonymous will be attacking the RIAA (Recording Industry Association of America), the MPAA (Motion Pictures Association of America), and their hired gun AIPLEX for attacks against the popular torrent and file sharing site, the Piratebay (www.thepiratebay.org). We will prevent users to access said enemy sites and we will keep them down for as long as we can. But why, you ask? Anonymous is tired of corporate interests controlling the internet and silencing the people’s rights to spread information, but more importantly, the right to SHARE with one another. The RIAA and the MPAA feign to aid the artists and their cause; yet they do no such thing. In their eyes is not hope, only dollar signs. Anonymous will not stand this any longer. We wish you the best of luck. Advertisement
Sincerely,
Anonymous,
We are legion.”

Where, then, does this leave abstract hacktivism as a model for post-anarchist organization? On one-hand, abstract hacktivism offers a potent practical model for understanding how the interaction of human, social phenomena and nonhuman, material technology can produce dynamic socio-technical assemblages characterized by an experimental self-organization continually prototyping new forms of social and technological agency. Moreover, theoretically such organizational logic viewed through the lens of post-anarchism’s immanent space ensures that any such hacktivist assemblages are ultimately irreducible to universal identities, concepts and practices thus resisting any dominant forms of political, economic, technological, social or other ‘striation’, explains McQuillan in Critical hacktivism. Advertisement

Next StoryAugmented Reality & Virtual Reality: What is the hype all about?
Popular on BI
1
Forget vitamins: Fauci says the 3 best things 'to keep your immune system working optimally' cost nothing
2
India’s $50 billion wedding industry is gearing up for a busy winter — business may have shrunk in size but it has not lost its sheen
3
The 13 best iPhone widgets you should be using
Latest Stories
Trending News
Augmented Reality & Virtual Reality: What is the hype all about?
Social Media Series: Here’s everything you need to know about stimulating user generated content
Here are the 5 best app alternatives to Gmail and Outlook
Popular Categories
Trending Right Now
More from our Partners