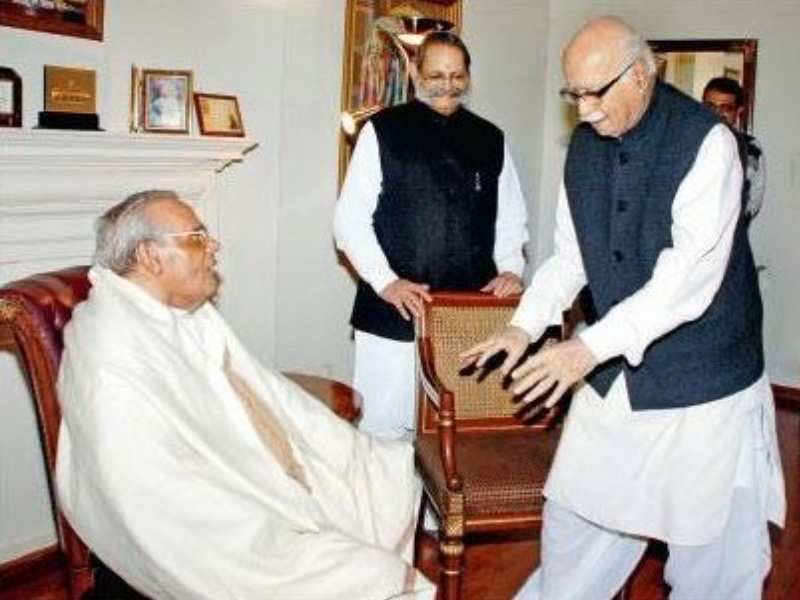 The man whom India’s first Jawaharlal Nehru prophesied to become the Prime Minister of India one day, the man whom the then Prime Minister called the “Bheeshm Pitamah of Indian politics,” the man who led an Indian delegation to the United Nations for a discussion on the Kashmir issue despite being in the opposition… Yes, we are talking about no other than former Prime Minister , whom even the opponents regard with utmost respect and is invariably referred to as Atal ji by one and all .

The political life of Atal Bihari Vajpayee, spanning across seven decades, has numerous exemplary accomplishments and statesmanship. He was the man who helped build the (BJP) from an insignificant political player, with just two MPs in the 1984 elections, to the ruling party of today. In the very first general election that the BJP contested in 1984 – amid unprecedented pro-Congress wave following Indira Gandhi’s assassination – the BJP could manage to win merely two seats in the Lok Sabha.

He led the BJP from two seats in 1984 to being the single-largest party in 1996. He was invited to form the government as the leader of the single-largest party, though he did not have the majority. Here he showed he was a true statesman and not like any other power-hungry politician who would have tried every trick of the trade (read horse trading) to cobble up majority and remain in power. But he gracefully put in his papers when he did not get enough support.
Advertisement

In 1977, as foreign minister in the Morarji Desai government, he delivered his speech at the UN in Hindi and became the first Indian leader to do so.

He also served as the country’s Prime Minister from 1998 to 2004. His tenure had many accomplishments like the nuclear test, Lahore summit, Kargil victory and ushering in growth and economic development. However, after his defeat in the elections, he retired from active politics in 2005.

His current state
Advertisement
Vajpayee suffered a stroke in 2009, which silenced the great orator. He now remains confined to his bed or wheelchair in his SPG ()-guarded Krishna Menon Marg bungalow, where he lives with his adopted daughter Namita. He also suffers from dementia and often fails to recognise people.

Unlike the good old days, no one visits him these days, except and former Uttarakhand chief minister BC Khanduri. He rarely ventures out of his sprawling bungalow, except for checkups at the All India Institute of Medical Sciences. However, leaders cutting across various political parties visit him to wish him on his birthday (25 December). Former Prime Minister Manmohan Singh makes it a point to visit him personally on his birthday. According to sources, Prime Minister is likely to inaugurate Patna AIIMS on Vajpayee’s birthday this year as a mark of tribute to him. Vajpayee had laid its foundation stone when he was the Prime Minister.

He is also a prolific poet and many of his poems like Kadam milakar chalna hoga and Door kahin koi rota hai were sung by the late Ghazal maestro . Now, singer Bappi Lahiri will also compose an album of his other poems.

Advertisement
As much as you write about him, it seems less. According to recent media reports, the Narendra Modi government might confer Bharat Ratna to Vajpayee. This would be a befitting tribute to this great statesman.