Career in the Financial Sector could actually be a good bet, if salary is a criterion to go by 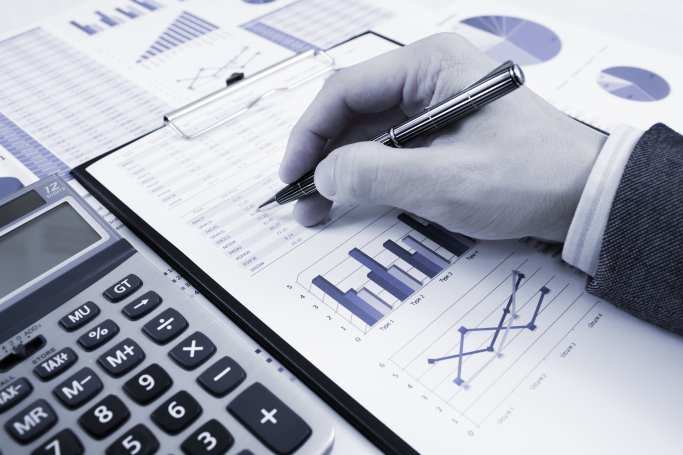 Financial institutions in India continue to be at the bottom of the list of sectors paying the lowest to their employees, as per Aon Hewitt recent annual salary increase survey. But, as per Roopank Chaudhary - Associate Partner & Head, McLagan India, it’s not really that low if a couple of aspects are looked at carefully.
Advertisement

He explains: "A range of 8.8 to 9.3% which this industry has been showing for the past couple of years is not very low for a sector. It’s still just 1% lower than the India average which stands at roughly 10%."

“All the salary increases across industries are becoming compressed. If we go by the data we have, 2007-2008 saw highest salary increase at 16% and lowest at 7%. Compare it to today when the highest stands at 11.5% and lowest at 9%. It’s just a 3% gap. All the industries are clustering around the average of 10, except startups which are in the 15% range,” says Roopank.

Citing a little bit of history to make things clearer, he further says: “BFSI as an overall industry which has been paying well since 2008. This industry was almost at 18% in 2007-2008. Post 2009 crisis, this industry was hit the hardest and so the numbers recorded a fall. If you look at the base in this industry especially for banks and investment banks, it’s been fairly high. They are at much higher levels of relative pay as compared to other sectors, again leaving out e-commerce since it is very recent. If we look at the traditional sectors, the pay in this sector is still higher than FMCG, telecom, IT, ITeS on a base level.”

Notably, many companies in this industry are realizing that, given the performance of the sector which has not been going that well, they cannot afford to give out higher pay hikes to all.

“So their way out is while the salary increase number is among the lowest, the multiplier is among the highest. We are talking about a 2X here, remember that,” says Roopank.

Meaning to say that overall, this sector does not have a very socialistic approach of fixed higher salaries of 10 or 12%. It’s more of performance-based rewards over fixed pay increase. Let’s not forget that in this sector, the variable pay continues to be the highest in many areas. It is ready to pay 9 to 10% given that inflation is down, but would reward its high performers the most.

Advertisement
Roopank now talks of the upheaval in the which has led existing banks to hold on to their key talent.

“After 10 years, when the RBI has given 23 banking licenses which is 2 big banks, 11 payment banks and 10 small banks, the banking sector and NBFCs have felt the maximum impact. We are seeing a fair amount of talent mobility, talent aspects and talent retention in these two sectors because NBFCs are trying to compete with banks both for business and people. Moreover, there are new banks coming up which are challenging the existing banks. The foreign banks are not doing too well and scaling down, the Indian private sector banks are shoring up, Indian public sector banks are also now talking about privatizing their pay and trying to compete with other banks. This upheaval will definitely lead to more job creation, talent mobility, which will make the private sector banks and foreign banks hold on to their key talent because new banks will try and hire from these places,” he says.

This new league of banks is getting the startup story coming to the banking sector as well, which is an added advantage for employees.
“23 new banks are attracting people by giving them autonomy, stock, hiring middle management people from existing banks and giving them larger portfolios. This is a great career progression because the reasons why people are leaving are pay, limited opportunity and role stagnation. So in the current setup, a VP, legal in existing bank can become Head of legal in a small bank. This is the reason why existing banks are making efforts to retain talent,” says Roopank.

A lot is happening in the as well.
Advertisement

Because of the FDI norms being changed from 26 to 49% last year, Roopank points out that there are almost 6-7 insurance companies which are either negotiating about increasing their stake in their joint venture partnership which means that they will have more capital at hand, they can invest more and also build a different business model.

“Insurance was going through a very rough phase because of regulations, a difficult market, but last year has been good with regard to premium. People are expecting a lot more now. We were seeing exodus from insurance onto the other sectors which may possibly stop now. Attrition will always remain high at the frontline level but overall as a sector, given the infusion of more capital and once the joint venture partners bring in more money, we will see revival happening.”

Moving on to the payment banks sector, this space has created a war for talent which is now going beyond banking. Earlier banks were competing with FMCG, telecom, IT only for shared services. All shared services moved all across industries, not only financial services.

“Now, payment banks are not only competing with e-commerce companies, they are also hiring digital bankers, telecom personnel because this business is more about technology, distribution and mobile biz app than pure banking. For this sector, we are seeing movement across IT,
Advertisement
Telecom into banking which we haven’t seen before on the business side,” says
Roopank.

HOW ATTRITION LEVELS CAN SEE A DECLINE:

Meanwhile, the attrition levels have fallen from 27% to 21% in banking sector in 2015. This is the trend for all industries. In terms of salary increase numbers, banking is at 8.3 while NBFCs is at 10.5%.

On ways the industry is trying to lower attrition levels, Roopank says: “This above numbers mean there are some sectors which are still paying high. NBFCs have shown an increase because they have done well as a business. Moreover, variable pay tends to be much higher in banking so people make up in bonus. There are several other benefits like better career opportunities, better leader programs etc. Moreover, Indian private sector banks have been about stocks, they have good valuations and the prospects of making money are bright. Smaller banks are giving better portfolio. We are seeing insurance and NBFC which in the past hadn’t focused on talent mobility, rotation and career opportunity but are focusing on them now. They are becoming far more structured and systematic in their HR agenda. Those things which were taken care of in banking are therefore now spilling to these two areas to retain talent.”