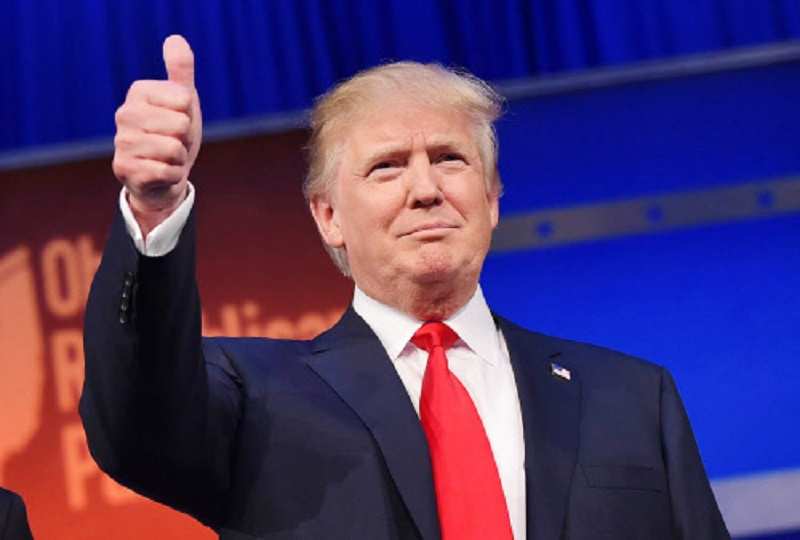 The United States has a new leader-elect, and Americans are waking up to contemplation of how Donald Trump&rsquo;s leadership style will take shape in his term to come. As per the polls in the race, there is also a mixed reaction to the result of the election.
Advertisement

The markets rallied somewhat after a dip on Wednesday, suggesting some willingness to be cautiously optimistic or hopeful that economic policies will not be detrimental to real growth. Political leaders and commentators alike are suggesting a period of uncertainty will unfold, before confidence can be restored domestically and internationally &ndash; how will &ldquo;America first&rdquo; translate when it comes to both settings? What kind of leadership can we expect to see to balance politics at home and abroad?

Domestically, those challenges are considerable. With a divisive campaign filled with rhetoric and tough blows, highly publicized behaviours leading to loss of trust by many, President Trump has crosses to bear and bridges to build. In terms of leadership, this will translate into a sense of accepting his win graciously and with humility, identifying the injuries made in a hard fought battle and taking ownership for being part of healing those rather than perpetuating blame. Knowing that this can be done without losing face will be key, that being conciliatory isn&rsquo;t weak.

At the same time, it will need to be genuine; even the billions spent on the electoral process won&rsquo;t be enough to motivate those offended by some of the statements made regarding women and immigration amongst other topics. Those millions of voters will be listening carefully and persistent in their opposition. The President will have the ability to execute many changes key to spending and legislation, relying on executive power and the majority representation in the other political establishments.

Given the reaction to some of his statements by his own party members, however, this approach to leadership will be needed to move forward there as well. In essence, in being a businessman who became President, has indeed shaken up &lsquo;the establishment&rsquo;, but now has to figure out how to make it work and move forward again. Like in business, he will utilize his skills and vast experience in developing a team of expert advisors whom he can trust and take guidance from to overcome his lack of experience in policy formation and governance. It will also require a willingness and ability to adopt new skills therefore, being open to change not just professionally but personally, and knowing that his &lsquo;team&rsquo; now consists of approximately 300 million extremely diverse people.

Advertisement
Equally complex are the challenges President Trump will face on the international scene. Without the career in politics could draw on, his advisors and approach to statesmanship will be critical to success &ndash; but how will he define success to begin with? How will his approach to leadership adapt to different audiences, demonstrating the finesse of knowing one holds considerable economic and political power while respecting the places of others at the table who will indeed be sensitive to the type of tactics one would normally find in a corporate boardroom. Can a gregarious, strongly independent, bold, sometimes blunt leader used to making &lsquo;executive&rsquo; decisions adapt to the halls of a states-person. In essence, can leadership styles in one domain be utilized in another? In addition to the advisors and staff involved, personality traits will feature strongly in this process.

Aspects of personality will shape how President Trump sees himself and others, how he adapts to cross cultural dynamics with other world leaders and their electorate, what communication style and process of relationship-building he utilizes and, ultimately, in formulating what is the goal of the relationships involved.

Critical areas we&rsquo;ll see this &lsquo;play out on stage&rsquo; will be in international trade relations, immigration, international agreements on the environment and technology. It will be interesting to see how these matters are dealt with in terms of historical allies, restored relationships or even new political partners.

On that note, it is important to remember of course that leaders don&rsquo;t operate in a vacuum. Those who share leadership responsibilities at other levels, along with followers in general, shape both the process and the outcome of political processes. As such, those who have spoken publicly from all areas appear to agree that the future requires recognition of the result of the democratic process, a coming together of political parties and citizens in working together toward a strong and prosperous America, and time for Donald Trump to assume his new office and role as the President of the United States. Meanwhile, perhaps it is fair to say then that the votes are in but the &lsquo;jury is out&rsquo;.

(The article is authored by Dr Estelle J. Toomey, DPhil, Assistant Professor and Consultant, S P Jain School of Global Management (Singapore Campus))
NewsletterSIMPLY PUT - where we join the dots to inform and inspire you. Sign up for a weekly brief collating many news items into one untangled thought delivered straight to your mailbox.
CAPTCHA: