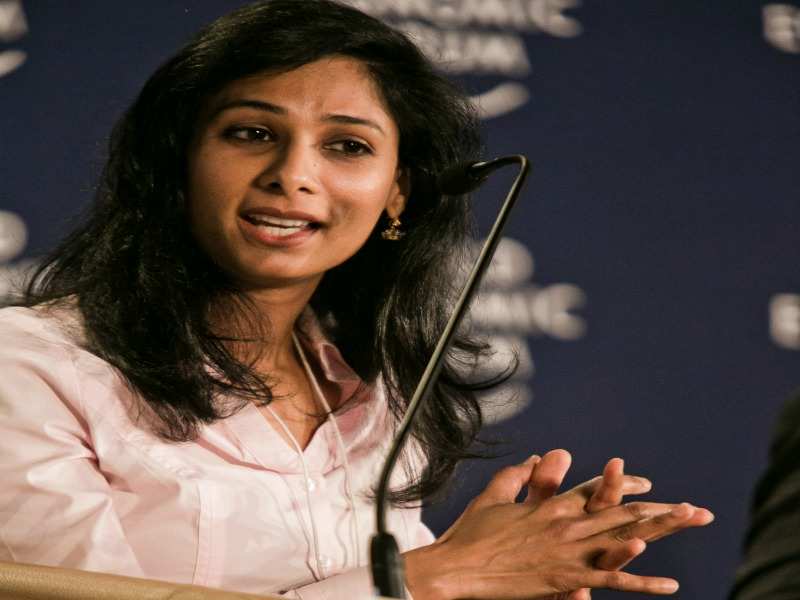 At a time when startups are mushrooming in India, a few desi companies have already gone far ahead in the race. and are making news in the US owing to the competition they pose to their US counterparts and Uber.

While speaking to at the recently, Gita who is permanent faculty at 's Economics department, said &ndash; &ldquo;I see an upward trend in the with higher FDI coming in, especially in new businesses. Companies like Flipkart and Ola are talked about in the U.S. and for all the right reasons.&rdquo;
Advertisement Gopinath is the third woman to have become a permanent professor at the prestigious University&rsquo;s Economic Department. The post also makes her the first Indian after Nobel laureate to receive such an honour.

While reacting to the ecosystem, she further added &ndash; &ldquo;Companies like Flipkart and Ola might be termed as &lsquo;copycat companies&rsquo; born out of ideas that have worked abroad but they are being commended for giving a stiff competition to their U.S. counterparts namely Amazon and Uber.&rdquo;

stressed on the need for domestic investment to further push the Indian on a progressive path. &quot;We need to realise that entrepreneurship is not necessarily increasing employment. The concrete economic reforms such as GST tax, biometrics for payments, fiscal federalism, ie. Aadhaar are transforming the country&rsquo;s economy. While it is encouraging to see FDI increasing, the real change will come with domestic private investment increasing in the country.&quot;

Advertisement
ALSO READ: The 2016 festive sales- The winner so far

This woman of strength also called for increased participation in the workforce while identifying the challenges they have to face.

She concluded by saying - &quot;The awareness has increased about the need to increase women participation in the workplace, but there are no amenities to assure that. Women need to feel safe when they go to work and this disparity is growing in urban and rural areas. Women need to be given the same opportunities in every sector, and there&rsquo;s a long way to go.&quot;
Advertisement Picture credits: World Economic Forum

Next StoryLook before you leap: these 8 startup ideas are failing miserably
Popular on BI
1
How much Deloitte, KPMG, EY, and PwC accountants and consultants make, from entry level to executive roles
2
I left a career in sports television to become a writer. Here's how I made the first year a success — and what I wish people people knew about freelancing.
3
Apple and Google just got sued by the maker of the hugely popular video game 'Fortnite' over their app store policies. Here's what you need to know about the major antitrust battle it reignited.
Latest Stories
Trending News
Look before you leap: these 8 startup ideas are failing miserably
UberPITCH 2016: Pitch your million dollar idea to VCs during a cab ride
This website is a boon to find the best bargain in this fish-market of online sales
Popular Categories
Trending Right Now
More from our Partners