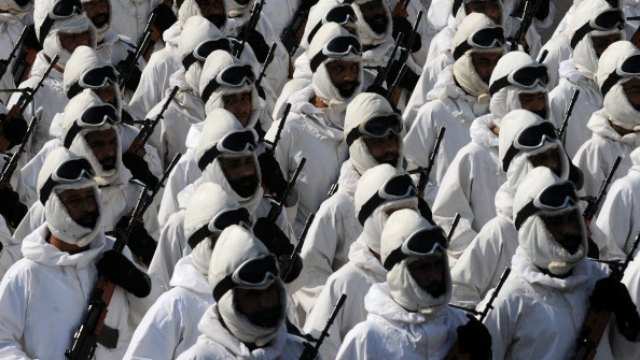 K Sivan, well-known rocket scientist and Director of the (VSSC) in Thiruvananthapuram, says with a little tweaking, these materials and technologies developed for hi-tech space applications can easily be spun off for societal use.
Advertisement

“ISRO uses tax payer money so it is answerable to the Indian public,” he says.

’s rockets and satellites certainly help people but there are many more developments hidden in the ‘temples of technology’ like the VSSC that can be used to save lives.

If some of these technologies were being used possibly Lance Naik Hanamanthappa Koppad and the nine other soldiers who lost their lives earlier this year at the Glacier could well have been saved. If only these soldiers were using clothing made of the ‘silica aerogel’ they may possibly have been saved from freezing to death. Similarly, if the soldiers were equipped with suitable hand held ‘search and rescue’ devices, their location could have been easily pin-pointed using Indian satellites and rescue efforts could have been speeded up.

Recently India’s main lab that specialises in making rockets for the country mastered the art of making the ‘world’s lightest artificial material’ called ‘silica aerogel’. This aerogel is actually a solid but within its complex matrix it encapsulates 99 per cent air. This gives it several unique properties– it is incredibly light, it is a great thermal insulator.

Advertisement
Naga Priya, scientist in Advanced Materials & Ceramics Division at VSSC who is part of the team that made this material, explains that the process to make the silica aerogel is highly guarded so standardising the procedure to make the aerogel took her team a lot of effort.

The team hopes to use some of the ‘silica aerogel’ for insulating the tanks that hold the liquid hydrogen and liquid oxygen in the cryogenic engines. Since it is lightweight, it could also be used in designing the space suits that future Indian astronauts may be wearing. The small buggy that will be part of the Chandrayaan-2 and will run around the lunar surface in 2018 could also see the use of the ‘silica aerogel’ as an insulator.

Naga Priya explains her lab is already in discussion with the Indian Ordnance Factory that manufactures clothes for the soldiers to see how this new material can be sandwiched between layers of cloth for making light weight parkas, socks and gloves for the soldiers who are posted at Siachen.

The Indian space scientists have already made small pieces of the silica aerogel that resemble a fabric but still it is very fragile and suitable fabric has to be developed that can effectively sandwich this great insulator.

There are other societal benefits of using the ‘silica aerogel’, if window panes are given a coating of this new material, light would easily pass but heat would be contained, says Naga Priya.

Advertisement
She says imagine a building, whose exterior is coated with this top class insulator, the building would be cool in summer and warm in winter. It would reduce the load on air conditioning and could lead to saving a lot of electricity and help combat climate change.

It is not that the material is fully ready to be deployed for all these varied uses, it is still very expensive to make and some of it is very fragile. The team at VSSC uses evaporation at ambient temperature to make some of the aerogels. This is cheaper than the specialised super critical drying technique used to make aerogels for special applications. There are many industrial applications like in furnaces where these special materials can also be easily used.

Scientists at ISRO have developed small portable devices that can help in search and rescue. There are handheld devices that can be carried by trekkers and soldiers when they traverse the desolate regions. These smart devices can be activated using a button and once initiated it emits a radio beacon that can be detected by satellites.

Using the Global Positioning System (GPS) the exact location of the person who is in distress can be automatically pin pointed. The battery-powered device sends up a signal, which can then be automatically tracked at ground stations in Lucknow and Bengaluru. If only Lance Naik Hanumanthappa were carrying this device his rescue could have been greatly speeded up.

A similar but slightly larger device has been made by VSSC for use by fishermen. This can be fitted on the fishing boats and can be triggered manually or when it encounters salt water it gets triggered. This device transmits a pulsed signal in the 406 MHz band and can help in locating ships lost at sea.

Advertisement
The batteries are robust enough to transmit a signal for at least 65 hours at a stretch. ISRO has helped save the lives of many trekkers in the and is eager to help the Indian Armed Forces in case they seek to use the device at the remote locations in times of emergency.

Ensuring uninterrupted maintenance-free power supply at remote locations is a nightmare for technologists, now the scientists at VSSC have made a portable fuel cell system that can produce electricity directly from fuel through an electrochemical process where the only inputs needed are hydrogen gas and air.

Based on the ‘proton exchange membrane’ technology the gadget made at VSSC can generate up to about 100 watts of power. This is like lighting a single bulb but then there are several small devices that need only a small amount of power for it to work round the clock. An all-weather automatic weather station powered using this indigenously made fuel cell is currently being tested at Dehradun.

Another digital GPS device has been deployed at the Gangotri Glacier to see how this hydrogen powered device works at high altitudes. There are also plans to use the sophisticated G-SAT-6 satellite’s multimedia communication capability to deploy surveillance systems in remote locations from where Pakistani infiltrators creep into Indian territory and make devastating terrorist attacks on India.

Such automatic remotely operated cameras could be powered using the maintenance free ‘fuel cells’ and then they could beam pictures up to the Indian satellites through which soldiers could maintain a 24×7 vigil from far away, this would be akin to having closed circuit television cameras (CCTV) but in places where there is neither power supply nor continuous human presence.

Advertisement
Sivan says suitable industrial partners are being actively identified and the technologies will transferred so that so called ‘rocket science’ no longer remains rocket science. More importantly he says ‘desi technology’ can be used to power the ‘Make in India’ effort and help save lives.