Listen up solo travellers! I stayed at Zostel the weekend I visited Rishikesh and here’s why you should too 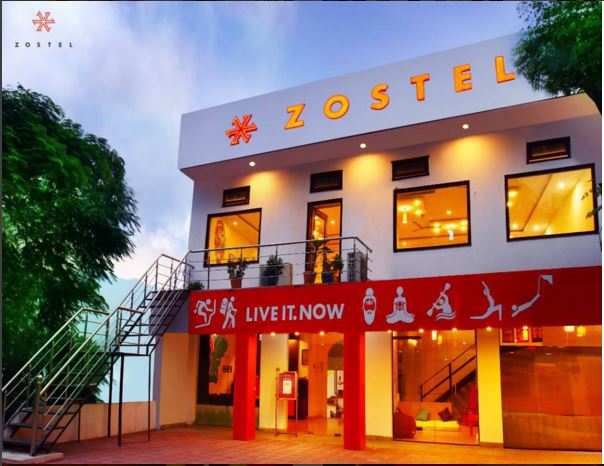 It was the long weekend everyone dreams of, but one that rarely comes true. Except, in my case it did.

The Indian festival of Dussehra fell on Thursday, 22 nd October. It was a national holiday.

Luckily, for me- so was Friday. And, the two glorious days after that.

The enormity of the opportunity at hand didn’t quite hit me until Thursday morning itself. You could blame it on my laziness or the fact that when you work with a news organization, you start expecting less and less holidays.

Advertisement
But, this was an exception. And, I increasingly became determined to make the most of it.

As minutes passed, my mind grappled with the possible options. And, there were many (One good part about living in Delhi is its proximity to hill stations).

Unfortunately, what I didn’t have on my side was a generous helping of time and funds. A budget trip will have to suffice, I told myself.
But there arose more questions.

Aided by my internet connection, I checked out accommodation at these places and worked out the logistics in my head. The numbers clearly weren’t in my favour.
Advertisement

And, then I stumbled onto what I thought was the discovery of the day.

Touted as India’s first chain of backpackers’ hostel, claims to be the home ground for people with a passion to .
Its aim? To revolutionize the way youngsters travel in India.

After two days of camping at their Rishikesh address which was brimming with (young) people and activity, a mere two weeks after opening its doors, I’ll tell you this- It’s time to ditch the hotels.

The idea is simple- to make your stay affordable without compromising on the quality. And, boy do they live up to that promise! 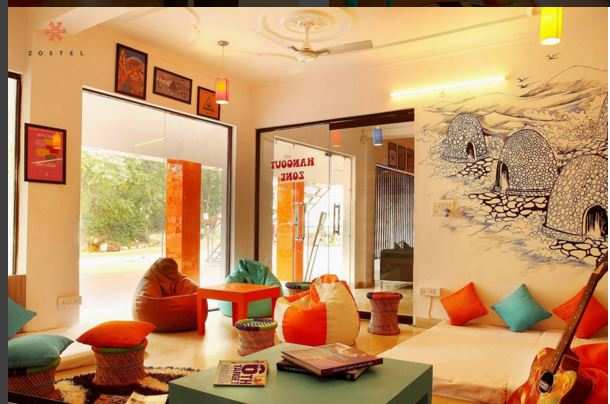 At the moment, Zostel is present in 10 locations in India, apart from having its vase in Veitnam as well.

Their accommodation comes in three forms- You could take the easy (spoilt) way out and zero in on the private deluxe room, which comes with a big comfortable double bed, big windows, tiled washroom, AC and a TV- basically everything that you’d expect from a usual hotel room. But that’s where the similarities end.

In a regular hotel, you’d be shelling anything between 2,000-3,000 for this. At Zostel, you’ll need to spend Rs 990. Yes, including taxes.
This is Zostel’s most expensive option.
Advertisement

The alternatives are such- One bed in a mixed dorm, having either four beds or eight beds, which means, you’d be sharing the dormitory with guys and girls. You’d be paying Rs 350 for the spot.

Not one to ignore the needs of girls who’re wary of sleeping next to the opposite sex, Zostel also has an option where one can share a bed in a girls only dormitory which comprises four spots. The moolah you need to shell out for this? Rs 400 only.

If you’re imagining it as a seedy, unkempt place because of how cheap it is, think no further- you couldn’t be far from the truth.
Zostel not only boasts of exemplary cleanliness, the entire space is done up in bright colours and has enough books, beanbags and games to keep you hooked. 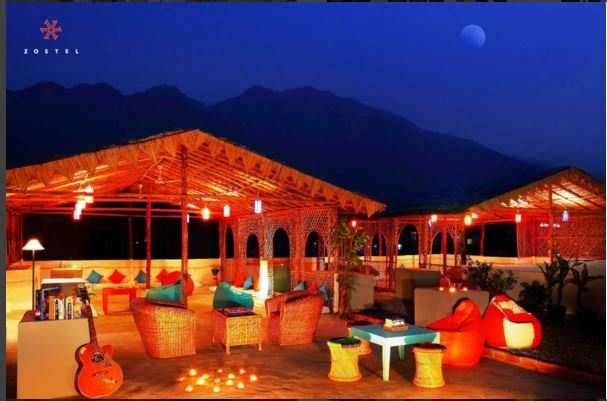 Advertisement
Additionally, it also has a lit up terrace and a hangout area replete with mattresses, cushions, a carom board and a TV. Relax your evening away!

Apart from being super economical and delivering big in that bracket, Zostel also lets you meet like-minded travelers and foreigners who are fond of travelling just like you!

There’s more. The staff is friendly and helpful and lets you check-in whenever you want, provided you check-out at time.