Mizoram: The time I spent as a student in Aizawl 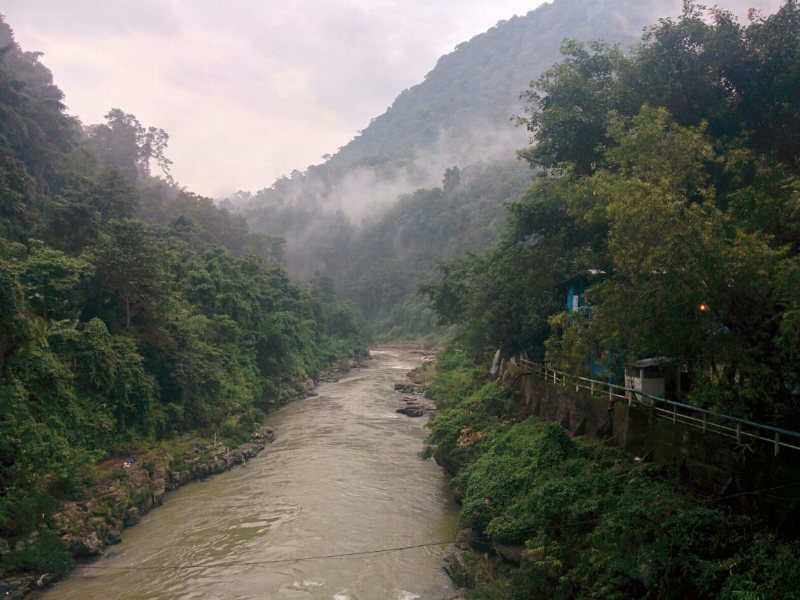 All it took was a day, a breath, a sight to fall in love. They say love at first sight is overrated, ask people who’ve been to . After living there for almost 10 months, home doesn’t feel home. It feelt like I could breathe in there, people thought like I do – a liberated semi-matriarchal society with all the freedom one could ask for.

Being a journalist, I wanted to pursue English Journalism course from (IIMC). Being one of the best journalism institutes in India, they’ve established themselves in 6 states (Kottayam (Kerala), Amravati (Maharashtra), Delhi, Dhenkanal (Orissa), Jammu, and (Mizoram)). Fortunately I got selected and was given Aizawl as the centre. My dad got worried as it was North East and we all know how media generalises and hypes events. If there’s a racist attack in , media would be like “look how North Indians are treated in North East.” After all the debating and heated arguments at home, I finally got what I wanted.

Day-1
Advertisement During our journey from Delhi to Mizoram, Dad kept on insisting “Let’s go back- I’ll get you through other branches,” but then who argues with the man who has already made up his mind. Our plane landed at Aizawl airport. Now, this airport is like no other—covered with mountains and clouds, I was like ‘Ahhhh this must be heaven or I must be dreaming’. Been to a lot of places, never saw such a sight, this was extraordinarily beautiful.

Although the distance between the airport and the main city is not much (around 40 kms) but it takes almost 2 hours to cover that as the roads are curvy and around the hills. I could never forget that taxi ride-- that was the time I lost myself and knew this place is home. After all it’s aptly quoted “Home is where your heart is” and I had found a home. Funnily, my dad was like “Stay away from these girls, they smoke!” I wanted to argue but then he understood how many would I ignore? The barber girl, or the super store girl or the girl cutting meat in the meat shop or anyone else (We could hardly see guys in there). 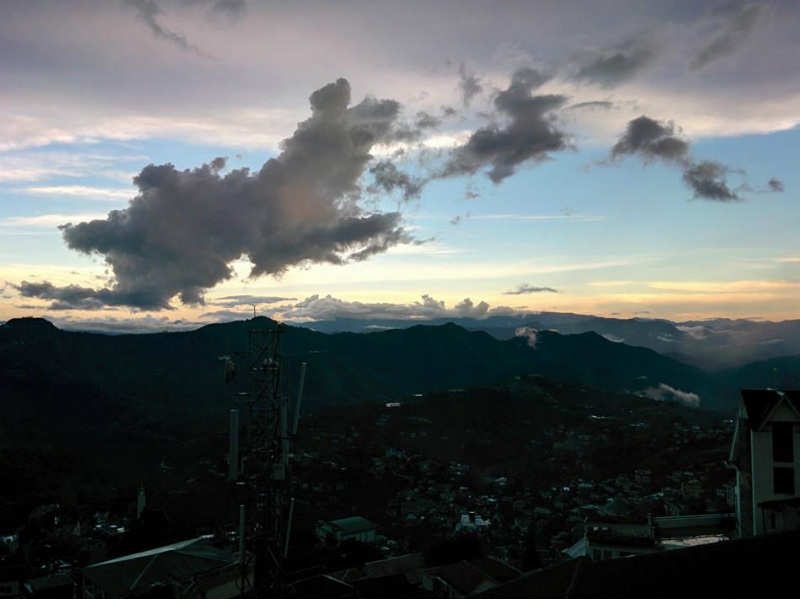 Advertisement
As I was in contact with the centre head, Mr LR Sailo, he had already made arrangements for our stay there. One of the most humble fellows I’ve ever met in my life. As we kept the luggage inside the room, dad stayed back to rest, I was the having jump bugs on my back—so I headed out for a walk. As it had been a long time with dad, I needed to smoke in peace. “Hey give me one of those cigarettes”, “one?” She asked shockingly. I replied “Yeah! how much for that?” She said “2”. Now assuming Rs 2 for a cigg as lengthy as a classic mild would be foolishness. So, I further questioned, “20 Rupees maam?” She shouted, like literally shouted “2 Rupees”. I was neither confused nor in a dilemma, because I knew that this place was just PERFECT!

After a long walk of smoking and watching almost everyone smoke on the road, I came back and headed to the balcony. This is what I saw the first day and captured it. My window had a view like that, WOAHH; I would wake up to that sight every day?? Most of fall, I had a peaceful place to read without any noise (BTW if you blow your vehicle’s horn inside the city, the traffic police would charge you Rs1000 in an instant).

The Journey
Advertisement Envision a place where the temperature is between 18-24 degrees throughout the year. People don’t even install fans. They have multi-storied buildings with steep roads that would literally develop your calves in 3 months.

As IIMC campus was inside , it was quite a distance from our place (Almost an hour by college bus). My classmates and I were really excited to get through the college, first day- big college- beautiful girls- boom bang (Smokers will get that). As our bus entered the campus, we could see a big board with bold letters informing that selling and consumption of tobacco was punishable inside the campus. After just 10 steps from there I could see a group smoking and having a gala time. I was like “Really man?” But then I came across numerous groups that were doing the same thing.

First day over, my other North Indian mates staying at the PG, advised me not to leave the place after 8 pm. You expect me to follow that? Of course not. We went out and could see people indulging in human needs (If you know what I mean), cops included BTW. I sat with a random group on the roadside and they could play better guitar than these self proclaimed rock bands here. Everybody high, singing and happy.
Advertisement They asked me if I admired soccer as a sport, I told them I was crazy about soccer. That night, one of the oldest rivals Chanmari West and Aizawl FC were head to head in a nearby stadium. To be honest, I had never been to a live soccer match but then this day was something special. We sat on the Aizawl FC stand and could feel the electricity in the crowd. I still remember it was 1-1 and in the 90th minute there was a tackle inside the box, could have been a penalty but refree said, “Play-on”. That counter attack by Aizawl FC was one of the most deadly moves in the complete match and guess what? They freaking scored. Talk about football riots, I was involved in one, fortunately saved by a soldier of the nearby camp. The match stopped twice in between because the clouds were on the ground and there was zero visibility. Fascinating, No? 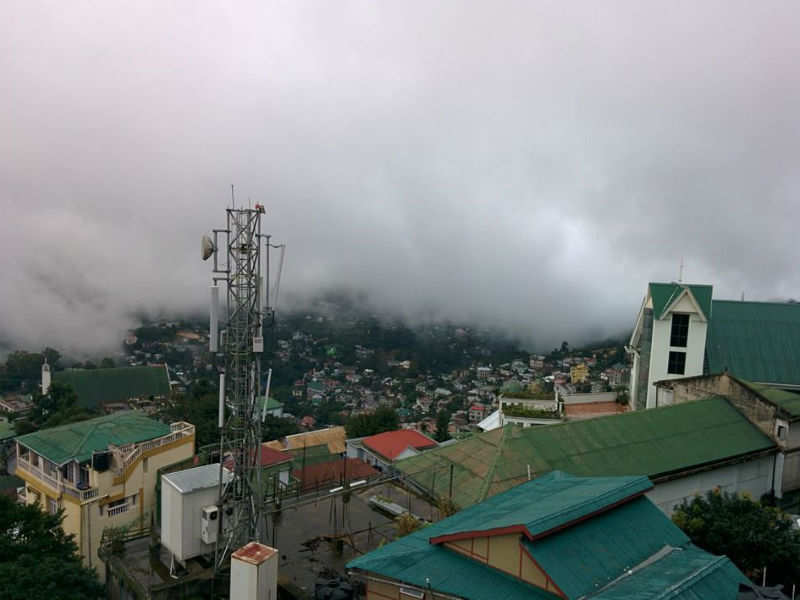 An international trip at local expense, sounds great, we took our chances. After an 8 hour long bumpy cab journey to Champhai, I could see plains after four long months, the joy was ecstatic. Sights of green lushes throughout the place. The only problem we faced was the local language, most of them didn’t know how to speak English and we were pathetic Mizo speakers. After a night long stay, we moved ahead and actually took some bikes for hire for the real journey.
Advertisement As we entered Burma, all we had to do was submit one identity proof at the border and we could stay there as long as we want. So here’s an interesting fact—majority of the shops in that area sell liquor. And here’s an advice from someone who has tasted that liquor—don’t buy anything! Outside it has labels like Jack Daniels and Jim Beam, as you open the bottle; it all becomes the same, freaking spirit.

RihDil Lake still stands strong as one of the most beautiful sights in the area. It’s a lake naturally born out of a shape of a ‘heart’ with yellow flower fields and beautiful bars beside it. We had to make a stop and have a sip of that famous Spanish bear they have there. After that we went on different parts of the area visiting monasteries. Most of all, I was glad to see the lifestyle there, no internet, people have house farms, free hospitals and a small commute. Everything was so dreamy in there. 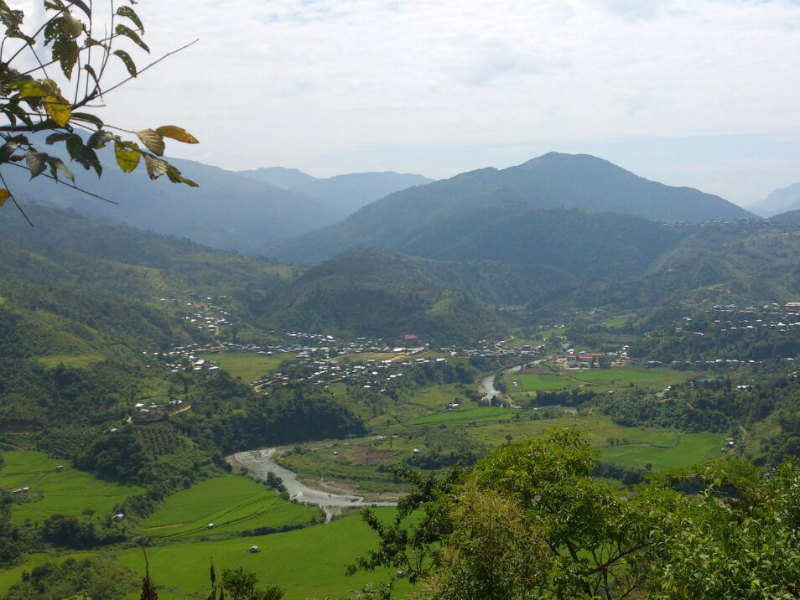 The only thing left
Advertisement Been to local tribal festivities, tasted the local food, made friends, most of all, I had peace of mind. The only thing left was to fall in love (can’t be too explicit) with a Mizo girl (Trust me, that’ll be the first thing you’d want). And shit happened just 4 days before us leaving the state for once and for all.

I’ll never be the same. You could take me to a 1000 heavens and I’ll still choose Mizoram over them. If you get a chance to visit North East, give at least a week to Mizoram. Schedule your visit around Christmas and see the magic happen.