Odd even vehicle rule: Everything that is wrong with Delhi CM Arvind Kejriwal’s ‘premature baby’ 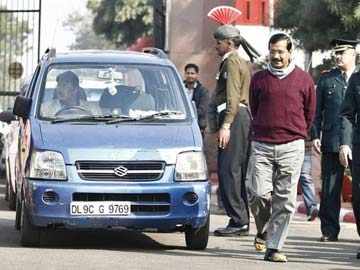 The new year is approaching fast, and so is the date of Delhi’s . Delhiites are fretting over the inconvenience that awaits them during the 15-day pilot of this soon-to-be-launched-rule even as is focusing on cutting by restricting the number of cars running on the city's roads. After the announced Delhi to be the world’s most polluted city, Mr Kejriwal’s concerns are absolutely right, but his step to curtail pollution may not be the most appropriate way. Wouldn’t it be better if he had thought through the plan that will affect the daily lives of each and every Delhiite instead of announcing exceptions to the rule every passing day. The exemptions and changes to the rule has made an already skeptical Delhi resident even more wary of what’s in store for them in the upcoming odd-even days.
Advertisement

Here’s everything that is so far wrong with Delhi Chief Minister’s ‘premature’ baby as we would like to call it:

- Policy with exemption: There is a possibility that many persons who will be violating will be able to wiggle through because of these exemptions. Moreover, when you exempt one section from the rule, others want the freedom to. Precisely, why Mr Kejriwal is having to entertain pleas from traders, doctors and lawyers. There’s many more to come!

- Vigil on the roads by AAP volunteers and RWA members: How can an ordinary citizen of this country take law in his/her hands. Until the authority stopping violators are Delhi cops, we are only likely to see heated exchange of words on the streets of Delhi. Do we want a Jasleen Kaur repeat, hell no!

- Policy being enforced at a time when there are less alternate modes of travel: Even as the rule will be imposed starting January 1, there aren’t enough public transport alternatives available for the common man. Extra buses and metro coaches will only be added by mid 2016. Is the government only banking on the private players for its rule to become a success. Of course, the sale of fake number plates is likely to see a stupendous rise!

Advertisement
- Disparity because the lower class will suffer even as the upper middle class and upper class remains partially unaffected: Merely implementing the rule will not guarantee that everyone will make use of public transport or resort to carpooling. The rich in Delhi will still book personal cabs or rent a car from companies. Added bonus for those who have two cars – one with odd number plate and the other with even number plate!

- Schools to shut for 15 days because Delhi government wants to implement its plan: It’s extended vacations for kids, but did they think the burden it would add on teachers who would be running against time to complete the syllabus as the academic term is nearing its end around this time of the year.

- A policy of compromises than convenience: The fact that provisions of this policy already has citizens feeling skeptical shows the level of compromise it would have for Delhiites in their day-to-day lives. They may lead a disciplined commuting life for a few days in fear of being fined Rs 2,000, but there will be violations once they get a hang of the law and order situation on the ground. Like it is in the case of wearing seatbelts or helmets! Wouldn’t it have been better if this policy had provisions that did not survive on compromises of people, but their convenience.
(Image credit: Reuters)
NewsletterSIMPLY PUT - where we join the dots to inform and inspire you. Sign up for a weekly brief collating many news items into one untangled thought delivered straight to your mailbox.
CAPTCHA: