Some lesser known facts about the popular APJ Abdul Kalam 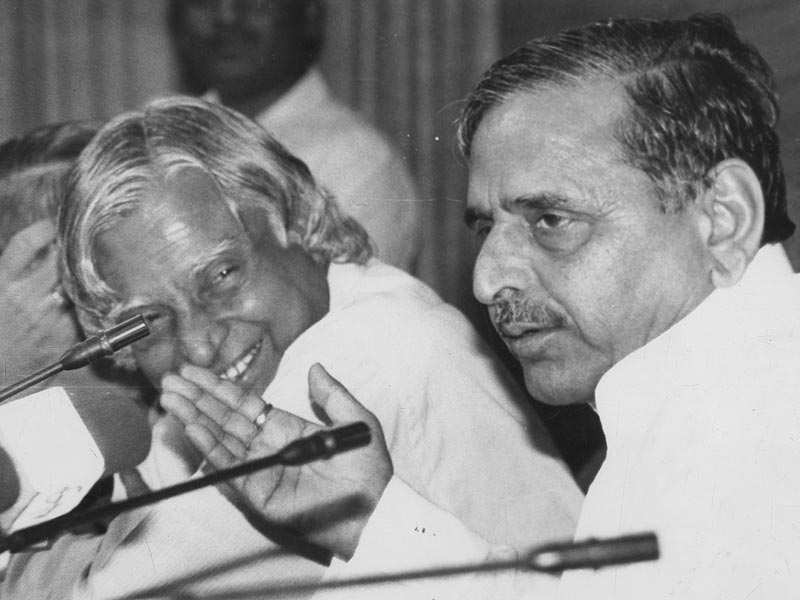 The whole world is mourning the demise of the great ‘Missile Man’ of India, Former President of India . While his great achievements in life have inspired us forever, the lesser known notorious facts about him is what makes him the ‘People’s President’ of India.

1. When Kalam was with (DRDO), he rejected the suggestion to put broken glass on the walls of a building that need protection as he was concerned it would be harmful for the birds.

2. He founded the trust named PURA (Providing Urban Amenities to Rural Areas) and started giving all his life’s salaries and savings to it when he came to know that the government takes care of its Presidents.
Advertisement

3. Kalam is known to write his own thank you cards with personalised messages in his own handwriting.

4. It was the convocation day at IIT Varanasi and our own humble Former Prez was the chief guest. He surprised all when he refused to sit on the chair made ready for him. It was slightly larger than the rest.

5. He was famously known for his frequent surprise visits to college and school students and sometimes with minimal security facilities. Once while he was one of the key advisors to the government, he was invited as a guest. Before the event he drove off in a jeep without any security to visit the students of the organising committee and at night.
Advertisement

6. In his book ‘’, APJ Abdul Kalam reveals his life’s first lesson that made him the Missile Man of India. He remembers building the first boat with his father. His father’s courage and dedication was what inspired him the most. Not only this, when it was lost in a cyclone, his father’s stoic figure helped him learn his first lesson about life.

7. During his tenure at ISRO, he came forward and faced the press during all the failed tests, accepting it as his own mistake. But one huge success and he is nowhere to be seen. He sent his fellow scientists to talk to the press.

8. India had tested five nuclear bombs in 1998 at the Indian army’s Pokhran Test Range. This incident makes it worth mentioning as the way they deceived CIA spying was wonderful. First spotting the time when CIA satellites was over India and then working at shifts accordingly was how the plan was carried. They worked mostly at nights. Also, they dressed in Indian military attire as scientists in plain clothes at army area would attract attention and suspicion. This is how scientist APJ Abdul Kalam and his gave India its first nuclear bomb.
Advertisement

Next StorySlideshow: 5 books by Kalam that are instant inspirations
Advertisement
Popular on BI
1
Wipro fears it may lose its employees to competitors as there is an explosion of IT jobs
2
Jeff Bezos shared a note from a couple that bought 2 shares of Amazon in 1997 - and are now using the proceeds to buy a house after the company's 172,499% post-IPO run
3
Timelapse in Google Earth shows you the slow and scary demise of our only home in 3D
Latest Stories
Trending News
Buying Guides
Advertisement
Advertisement
Slideshow: 5 books by Kalam that are instant inspirations
Bollywood bids adieu to ‘Missile Man’ Abdul Kalam
This is not the first time that Salman has said ‘ridiculous and meaningless’ things about matters of national security
Popular Categories
Trending Right Now
More from our Partners