The ruling party and the opposition on Galaxy S6 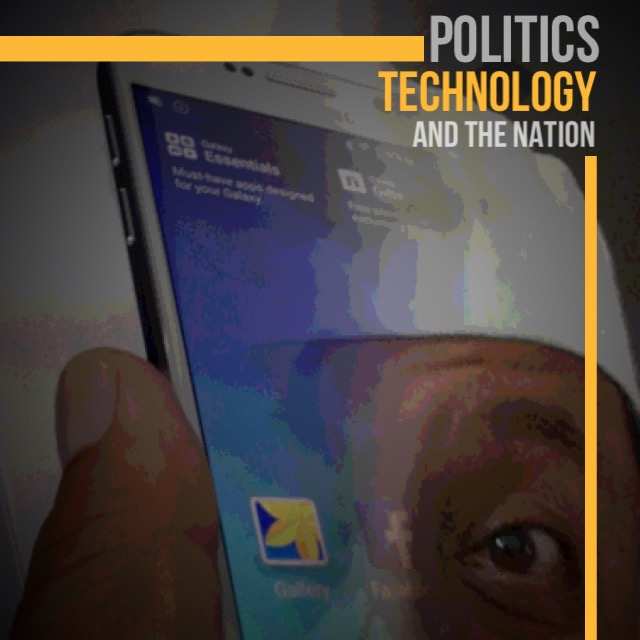 Our parliament is always a hub of super activity and its corridors are places where power dialogues flow unimpeded and with a nonchalance that you find only in a gliding on the aisle in a creation! Yes, there is something stunningly accentuated when two politicians talk… especially if they happen to be from the opposite camps.

Imagine one from the ruling party and one from the opposition, both flaunting their Nehru cap as if this is what makes them the real nation lover and nation builder, standing beside one of the over-powering pillars of the Upper House, trying not to see each other in the eye when their phones ring.

One pulls out the and the other a . Both mumble into their phones and once their calls are over, the one with the S6 Edge, let’s call him RP or ruling party, says, ‘I got this from Barcelona.’

The neta from the opposition, let’s call him OP, responds, ‘Ah! I thought so. I bought it from a friend in the ruling party.’

RP wanted to go deeper into this intrigue but restrained himself and asked, ‘The aam aadmi must know that we have an edge over you, you see.’

OP, pretending not to hear, said, ‘We are sewaks. Removing corruption is our dharma. The S6 really represents this emotion because I call it a marvel of social technology.’

RP: ‘Marvel of social technology? Is there any such bill pending in the house?’

OP: ‘Look, we are both holding a concept that reflects the glory of India and I want people to be like this smartphone… smart and pure individuals.’ The neta then excitedly turned his phone around a few times and added, ‘No nasty plastics and no faux leather looks here. Just a finely and delicately crafted eclectic convergence of a metal chassis with glass covering the front and back that makes it ooze fathoms of character.’

RP too revolves and rotates the phone and says, ‘I love the shimmer. India shining it is, for sure. Achche din, definitely.’ He then thinks for a while and responds, ‘The back panel is not removable and the same goes for the battery. I think I will agree with you for once… this feature is all about the character of people who do not change colours at the drop of a hat, so to say.’ While the two were discussing the design aspects, what they missed out was that Galaxy S6 comes in four colors: black, white, blue, and gold and the Galaxy S6 edge in green instead of blue.

OP: ‘Talking of batteries and the fact that we can charge the phone to 50% in 30 minutes because of the fast-charging technology shows that moving ahead fast is the only way for us.’

RP: ‘Well, I love the fact that the cable charger gives me two hours of HD video playback after just 10mins of charging.’ This neta then added that though his phone had a slight battery advantage (2600mAh against 2550mAh), but it was the Exynos 7420 64-bit octa core with 3 GB RAM that made the battery perform so well. He said, ‘We are like the processors of these phones. The nation gets more for less, in a way.’ He then added, ‘Let me now tell you about my mann ki baat which is about all the black money and these accounts.’

The man from the ruling party then clarified that the government was actively pursuing the matter with eyes both in front as well as at the back of the head. He likened this to the front and back cameras of the Galaxy S6 and S6 edge and added, ‘These 16MP and 5MP cameras with OIS and f/1.9 mean images that are sharper, brighter and free of shakes. Like these camera properties, our government is going to present the truth as a high resolution output.’

OP could do nothing but smile as the camera did represent the same attitude for them as well. He did mumble something about their government having been rather friendly to investors… and RP responded, ‘Yes, this smartphone also reflects the plans we have for the investor. Setting up business is going to get faster and easier which the Touchwiz UI of the S6 edge has. This UI has cut all unnecessary steps and now there are fewer confirmation dialogs to deal with. As a user I am happier.’

OP: ‘So am I. I mean our MPs too have businesses and many want to set up new ones and so this is great news. By the way, our government too favours steps that encourage investment.’

RP: ‘You do, do you?’ He then lovingly stroked the S6 edge in his hands and added, ‘Look at the screen that is slightly curved on both sides. This makes it easier to watch video since the screen wraps over the side. You know this means we don’t want to miss identifying any problem that the people face. I’m glad I have the edge with me.’ He either didn’t know or did not remember to inform his friend from the opposition that the S6 edge also had a ‘People’ panel that shows all favourite contacts with notifications sliding out from the side. The phone is indeed politically friendly and a social marvel, as he had mentioned earlier.

Well, our netas standing and talking about technology actually means that achche din aren’t far. I guess it will not be incorrect to say that technology, politics, and the nation in a mood of convergence is a sign that all is well!