Why ‘Impact Investing’ Is The New Trend In Asian Markets 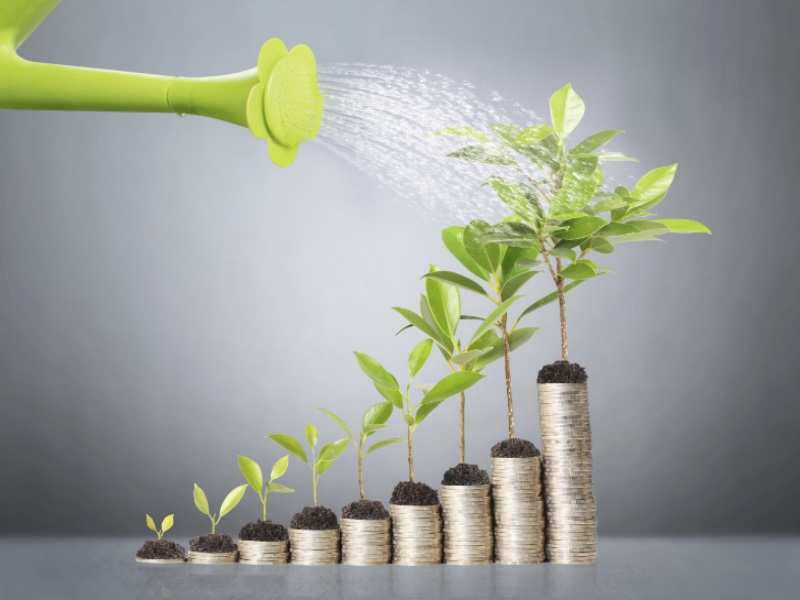 Advertisement
’ famous words from the 1987 movie Wall Street were ‘Greed is good’ and this quote has been the mantra for free market pundits and capitalist businessmen ever since. It worked well for them for a long time but the 2008 collapse made people realise that greed might be good, but there’s definitely something out there that’s even better. We might as well take the liberty of calling it ‘the greater good.’

Traditionally speaking, there are mainly two ways of investing money. People like Warren Buffett prefer to look at the fundamental value of an and then decide whether to put money into it or pass it over. Then there are people who basically follow the herd, try and find out which way the wind is blowing, and plan accordingly. But in both cases, the average investor simply assumes that his money is being used for a good cause and the returns will justify the risk. Thanks to the 2008 crisis, we now know that there’s more to just investment and returns.

A company could be very profitable, but that does not imply it is the best.

People who have invested in British Petroleum go to bed at night knowing full well that this is a company that pollutes oceans and rainforests. People who have invested in Lockheed have to live with the knowledge that drones that kill thousands are mass-produced with their money. And it’s not about conscience all the time. When the financial crisis hit Asia, people who lent their huge amount of stocks to others in order to increase yield and liquidity, found that their stocks were mainly used to short-sell the stock prices.

‘Impact investing’ came into existence when some investors had the epiphany that charity in itself was not the solution to buying out the guilt that comes with greed. Clearly, there had to be a middle ground between charity and purely profit-based investments. Moreover, with the rise of the bottom-of-the-pyramid (BoP) consumers, there was an actual economic prospect in improving the social standards of people all around the world, especially in third world and developing countries.
Advertisement

Rise of impact investment
Impact investing received a much-needed impetus when in 2010, the Rockefeller Foundation assigned to conduct a research on investing money in socially conscious projects – ventures that have a positive impact and are not solely focused on quarterly statements. Moreover, the non-profit organisations on the ground, which were actually trying to do some good work, found that they seriously lacked the resources needed to fulfil their social responsibilities. The way out of this tricky situation would be simple if it’s possible to mobilise and divert private capital towards socially relevant ventures. Thus, impact investing became the new alternative asset but unlike commodities or real estate, these assets are the activities of groups or companies that want to improve the society.

Attractive markets for impact investors
Going by the definition, impact investing is all about changing the world. So ideally, any region where such changes are required will be an attractive market. Hence, the lucrativeness of such a market will mainly depend on the kind of impact that is planned. If key factors like food, housing, health or education happen to be the issue, the Sub-Saharan Africa or many parts of the South-east Asia will be good places to look for investments. If improving the lives of people in conflict zones is the goal, places like Iraq, Afghanistan, Palestine, etc., will be great options. But going by the current trends, the epicentre of impact investing seems to be India. No other country is benefitting more from this kind of social capitalism.

In the next 3-5 years, the Omidyar Network (co-founded by eBay founder Pierre Omidyar and his wife Pam) is planning to invest about $200 million in for-profit and non-profit companies that want to make positive impact in India and its surrounding regions. Acumen wants to invest in options that promise to improve the quality of health, education, agriculture, energy and water in India. Currently, the global investment firm has put in about $31 million in these sectors. Another valid reason why countries such as India and China have turned out to be lucrative social investment destinations is that these countries have huge numbers of high net worth individuals (HNIs) who want to see their wealth going places and also want to give back to the society.

But in this game, the key to investing in the right company means supporting organisations which are not only profitable but also sustainable, and are capable of providing the much-needed income opportunities to people in those regions.
Advertisement

Right now, one of the main challenges of impact investment is that a very small number of BoP people are actually benefitting from these ventures. That is why it is highly imperative that a broader spectrum of capital including grants and return-based investments should be diverted towards these causes.

Next StoryHere's What Type Of Coffee Has The Most Caffeine
BI Exclusive
Union Budget 2023 And Markets | Key Expectations
Budget 2023: FinTechs seek clarity on Digital Banking Licenses
Budget 2023: The need of clarity on ESOPs taxation
Budget 2023: What does the budget have in store for FinTechs
Budget 2023: What's in store for the infrastructure sector?
Infra Spending - The budget 2023 wishlist
Advertisement
Popular on BI
Latest Stories
View All Latest
Trending News
Buying Guides
Advertisement
Here's What Type Of Coffee Has The Most Caffeine
A Mathematician Explains What Time You Should Get To The Airport Before Your Flight
HOUSE OF THE DAY: Billionaire Sells His Oceanfront Palm Beach Estate For $43 Million
Popular Categories
Trending Right Now