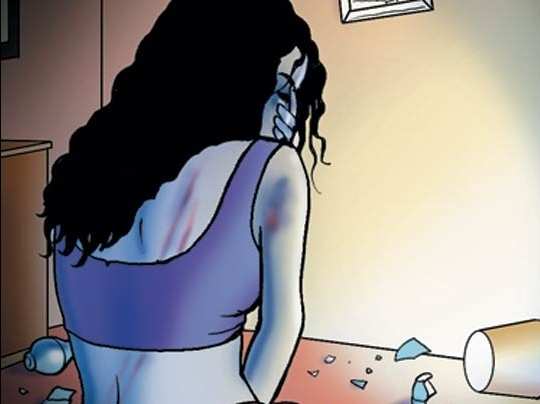 India, the largest democracy in the world unfortunately possesses a government that leaves a lot to be desired. Leaving no stone unturned to disappoint the very people it was elected to protect, the has time and again come up with laws and policies that make little or no sense.

The latest in line is Union Home Minister ’s Independence Day announcement that a list of would be made publicly available on a national portal, to be launched soon, in order to keep the public alert. Additionally, the thinking is that these offenders can and will repeat their and hence need to be monitored. However, there’s a catch- this proposed list would also include names of offenders who are in the chargesheet stage, i.e., one does not have to be convicted of their crime to be proclaimed as a ‘sex offender’ to the world.

Advertisement
The citizens’ portal on which the registry of sex offenders will be published is to be launched under the ’s crime and criminals tracking network and systems project.

Though legal experts have expressed doubts to the Home Ministry’s intention of ‘publicly naming and shaming’ offenders who aren’t convicted on the contention that it would cause irreversible harm to their reputation in the society and employment prospects once they are acquitted of all charges, the government has however responded with a weak reasoning of ‘their names would be removed once they are acquitted.’ This is because the home ministry does not feel that there exists a need to wait for due legal process. (Of course why would it need to?)

Overruling the suggestion to only list names of offenders who are convicted is not just frightening but also an utter violation of privacy on the part of the government.

Advertisement
Scorned lovers out to settle a score or a false accusation, a person can be wrongly implicated in so many ways. The government, however seems to completely overlook how its proposed system could be abused turning an innocent person’s life into hell, in front of the watchful eyes of the public, who would be pricy to all personal details.

What the government also seems to be forgetting is that ‘removing the name of an accused once he/she has been acquitted of all charges’ doesn’t work in a country like India where no one forgets, even if the person in question is wrongly implicated. The jury is the people, not the courts. It is they who have the last word.

There will be stares, stones thrown at their houses, unrelentless whispers and humiliation. We’re a nation famous for its public humiliation, wrongly implicated or not. Thus, how could we let this golden opportunity pass by? Like hungry vultures, we’ll make sure the individual in question has time for no other job other than hiding his/her faces in the deepest corner available. We’ll also make sure we bring up their caste and religion in the equation.

Advertisement
Moreover, the home ministry’s proposal of ‘naming and shaming’ those accused of sexual offences in the public domain is a stark contrast, if not an insult to the very principle on which our justice system is based upon- ‘innocent until proven guilty.’ Tarnishing the reputation of an individual between the period of him being chargesheeted and acquitted of all charges is inexcusable, even if it is for a short while.

Thus, it goes without saying that the need of the hour is for the government to rethink its stance on including names of individuals who haven’t been convicted yet. Reason? If implemented, India will be the sole country with such a law. A handful of countries, including the United States of America, United Kingdom and Australia where such portals exist, list names of only convicted offenders. They are also known to classify these offenders in separate categories depending on the seriousness of the crime. But, again, these apply to convicted offenders only.

No doubt, the government cracking down on offenders and toughening its stance is a step which needs to be welcomed and applauded, but it should remember that the tag of a ‘sex-offender’ has far-reaching consequences and thus use it judiciously.