Will the smart cities project bring in job opportunities, at what scale and in which sectors? 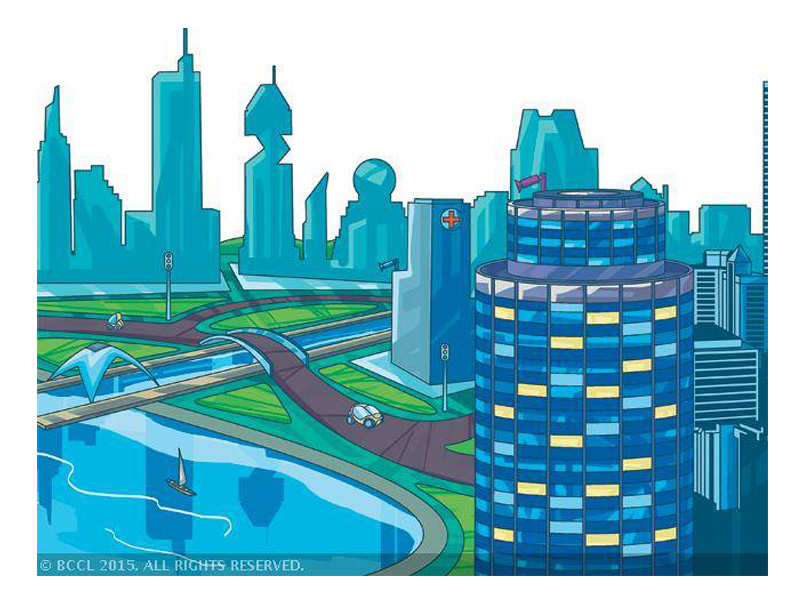 Smart cities are an engine for job creation and economic growth—countries like China and the UAE are betting big on them and have already dedicated billions of dollars to smart city projects. China, in fact, announced an $8 billion investment fund in smart cities last year. India needs to undertake similar measures to augment development and optimise public service delivery.

Going ahead, the contribution of cities to India’s will only increase. If cities accounted for 58% of the national GDP in 2008, this figure is expected to go up to 70% by 2030. To adequately leverage this, India needs liveable and productive cities.

The whole purpose of making smart cities is to make people more efficient and globally competitive. We need to look into the character of the city and identify core economic activity that can be further developed with the help of technology and improvement in urban infrastructure.

Advertisement
For example, can create a lot of jobs in IT, telecom or the technology-driven services sector. However, for this we will need to figure out how to improve urban infrastructure so the city becomes globally competitive and can create more jobs. We have to look for the gaps in urban infrastructure. A city might require a particular kind of transportation system or a certain kind of effluent treatment system. These must be created to deliver these cities in a smart way.

A positive impact of the smart city and Digital India projects is job creation, which will be, needless to say, ‘smart’. While it is difficult to give an estimate of jobs that will be generated and the reduction in labour migration, one can confidently say that even if work begins on five to 10 smart cities over the next two years, we would have created a favourable ecosystem for thousands of jobs. This will be more inclined towards white-collar jobs as IT professionals will be in greater demand, IT infrastructure being the backbone of any smart city. Data analytics, programming, high-end consulting, system and network integration will be the order of the day and professionals and students in this area can expect better opportunities.

In a decade, over 50 billion devices will be connected through machine-to-machine communication and the Internet of Everything (IoE) will be a $1.5 trillion-a-year business globally. There will be another $2 trillion annually in new services; within this market, the global urban services segment is estimated to be around $2 trillion in revenues and savings over the next decade. The initiative and smart cities initiative should be converged with cities becoming living labs for hardware, software and urban services developed and made in the country, thereby creating a base for economic generation.
Advertisement (Image Credits: Indiatimes)

( About the author: Pratap Padode is the Founder & Director at Smart Cities Council, India.)

Next StoryHow India is challenging China's dominance in Africa
Popular on BI
1
Karnataka SSLC Result 2020 will be announced on August 10 at 3:00 pm
2
A WhatsApp message, six weeks of talks and a $300 million deal – how Karan Bajaj sold his less than 18-month old startup White Hat Jr to Byju’s
3
France and Germany pulled out of talks to reform the WHO because the US was trying to take control, according to a report
Latest Stories
Trending News
How India is challenging China's dominance in Africa
This Diwali buy gold coins bearing the Ashok Chakra and have a direct hand in changing India’s fortunes
Are economists good investors?
COVID-19IndiaCases: 2.21MDeaths: 43.3kRecovered: 1.48M
COVID-19WorldCases: 19.46MDeaths: 722kRecovered: 12.06M
COVID-19USACases: 4.89MDeaths: 159kRecovered: 1.65M
COVID-19Access our Live Coverage
Popular Categories
Trending Right Now
More from our Partners