Did you know that Japanese worship Hindu gods, teach Sanskrit in schools? 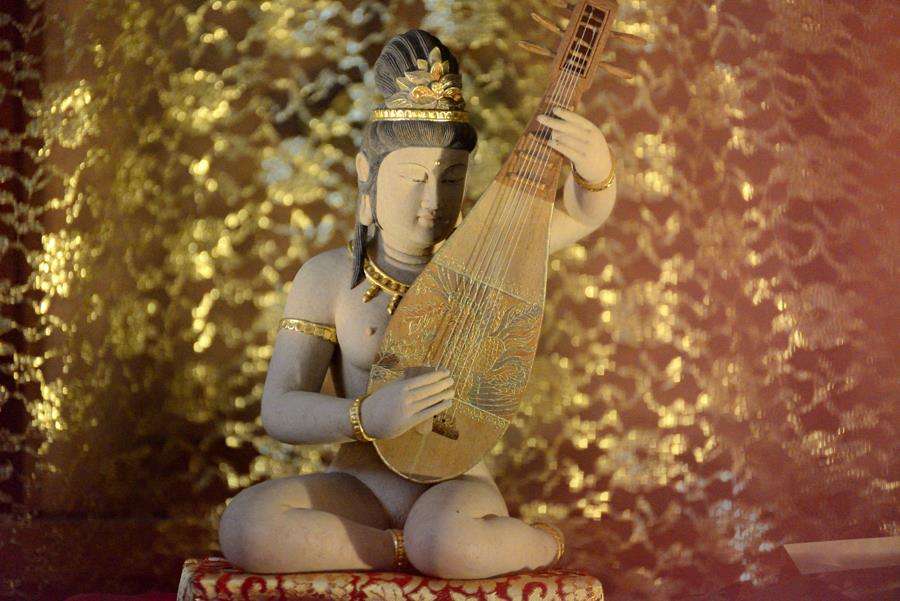 Advertisement
There are at least 20 Hindu deities that are regularly worshiped in Japan, even as some of them have long been forgotten in India. Amongst the deities worshipped in Japan, one can see the idols of Saraswati, Lakshmi, Indra, Brahma, Ganesha, Garuda and others.

A unique photo exhibition of art-historian Benoy Behl that is being held at the Indian Museum of Japan would throw light on the India’s long lost history surviving in the faraway land. These photographs reveal the importance that the Indian heritage holds in .

To name some of these references, the 6th century Siddham script which has disappeared from India is preserved in Japan. Along with this, 'Beejaksharas' (or etymology of alphabets) of Sanskrit in this script are also revered in the Japanese culture.

Similarly, some Japanese tombs are adorned with the Sanskrit alphabets and even though people there don’t understand it, they worship them nonetheless.

Behl's research revealed that there is a school in Koyasan where Sanskrit is taught in the Siddham script.
Advertisement

A good number of Japanese words originate from Sanskrit, a major brand of Japanese milk products Sujata, finds its name from Buddha’s story.

"In many ways, this philosophic understanding is most well preserved in Japan. Japan has not had the breakdown of cultural norms which India suffered when a colonial education system was created. Therefore, most Indians learnt about our own culture from the Western point of view. The dominant and admired language was English, which it remains till today," Indian Museum education officer Sayan Bhattacharya told TOI.

The exhibition is all set to explain the unique relationship that India has with Japan.

"The deep-rooted spirit of the Buddha's teachings energizes the Japanese people. Buddhist temples are numerous and vast numbers of people visit these every day. Besides the Buddha, many ancient Indian deities and practices (prevail) in their temples. An Indian feels quite at home in Japan," Behl wrote in his research.