From movies to real estate, here's how Priyanka Chopra reportedly made her fortune.

Advertisement
Business Insider
May 6, 2019, 10:17 IST
Cast member Priyanka Chopra and her husband, Nick Jonas, arrive at the Los Angeles premiere of "Isn't It Romantic" at The Theatre at Ace Hotel on Monday, Feb. 11, 2019. AP/PTI(
Priyanka Chopra has put in nearly two decades of work becoming the international star that she is today.

The Indian-born actress, humanitarian, producer, model, and singer first entered the public eye on the Miss World stage in 2000. She's since starred in a number of Indian films, US films, started a production company, and more, building herself an estimated multimillion-dollar fortune.

She started her career in the pageant scene. 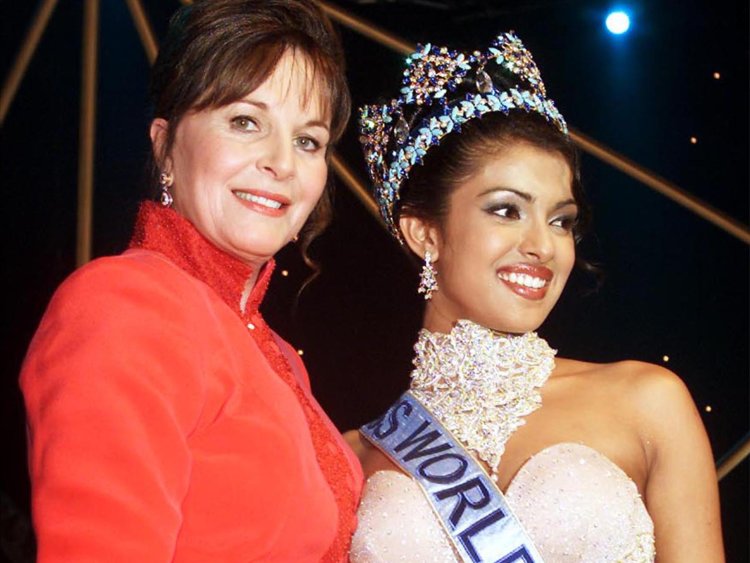 She'd wanted to be an aeronautical engineer, but the Miss World win brought her immediate fame, and she pursued a career in the entertainment industry.

She became a successful actress in India. 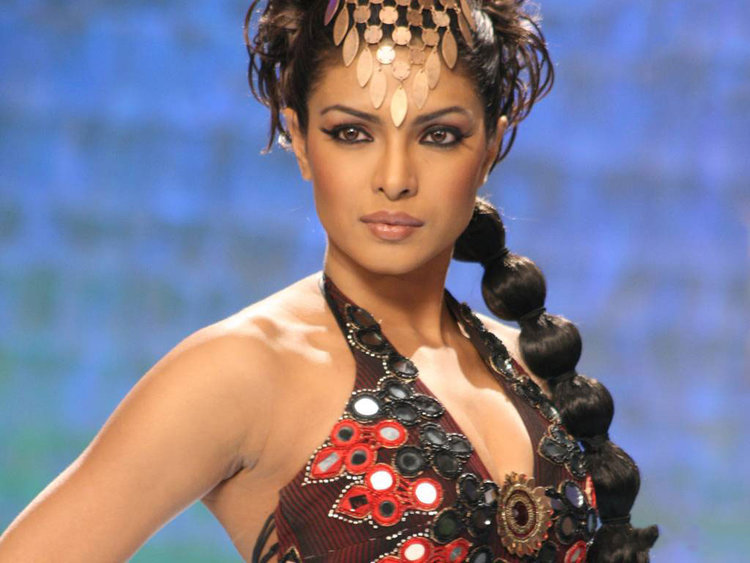 Chopra in "Fashion" in 2008. UTV Motion Pictures/IMDb
Chopra made her film debut in 2002 in the Tamil movie "Thamizhan." She appeared in her first Bollywood movie in 2003, as Shaheen Zakaria in "The Hero: Love Story of a Spy." According to Box Office India, the movie made 45,13,12,500 Indian rupees worldwide (about $6.5 million).

Chopra went on to act in several profitable Bollywood franchises, including the "Krrish" superhero movies and "Don" crime-thriller series. Both titles were reported to be among India's highest grossing films in 2006.

Advertisement
Her performance as aspiring model Meghna in the 2008 drama film "Fashion" solidified her status as a Bollywood superstar. The film was a commercial and critical success, bringing in 60 crore ($600 million) at the box office. Chopra won the Indian National Film Awards' best actress award for the role.

She also worked as a TV host. 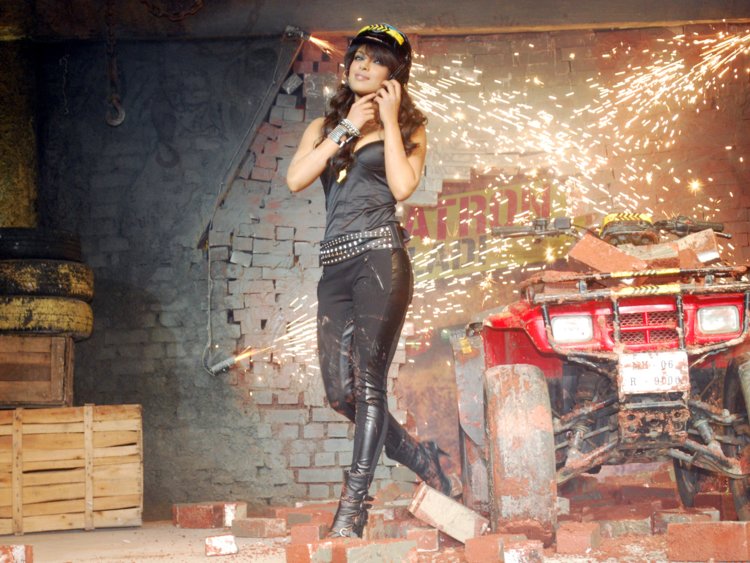 Chopra made money through modeling. 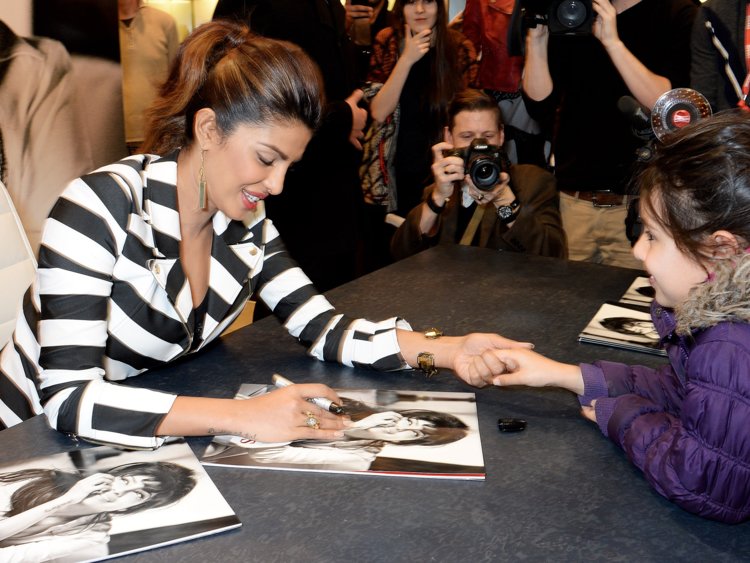 In 2013, the creative director of Guess launched a campaign that featured Chopra in several ads that were distributed around the world, making Chopra the first Indian "Guess Girl." The Economic Times of India reported that her one-year contract with Guess paid her an estimated 5 to 10 crore(between $700,000 and $1.5 million).

Chopra's fame grew and caught the attention of US networks. 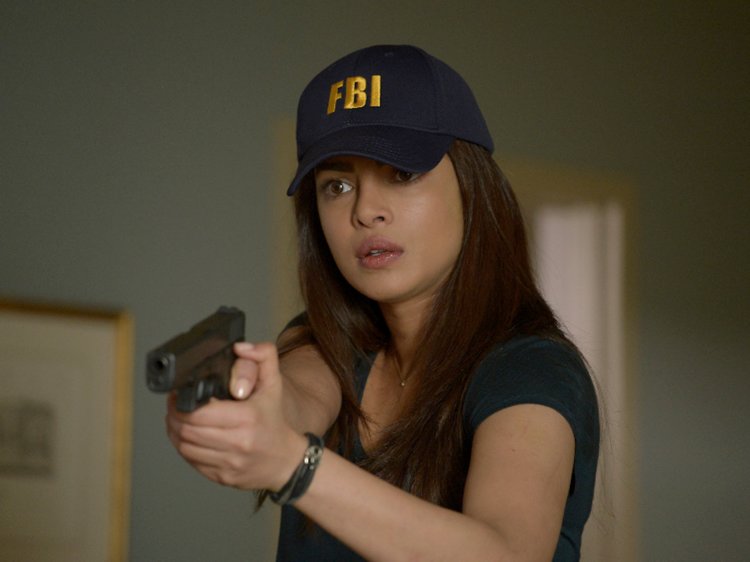 Chopra in "Quantico." ABC/Phillipe Bosse
She signed a deal with ABC in 2014 that landed her a starring role as FBI agent Alex Parrish in "Quantico," a political drama series that ran for three seasons.

Forbes estimated in 2017 that Chopra pulled in an estimated $3 million per season. Although "Quantico" was canceled in 2018, it helped her become one of the highest-paid female television stars in 2016, alongside the likes of Sofia Vergara and Kaley Cuoco.

She made a name for herself in US films. 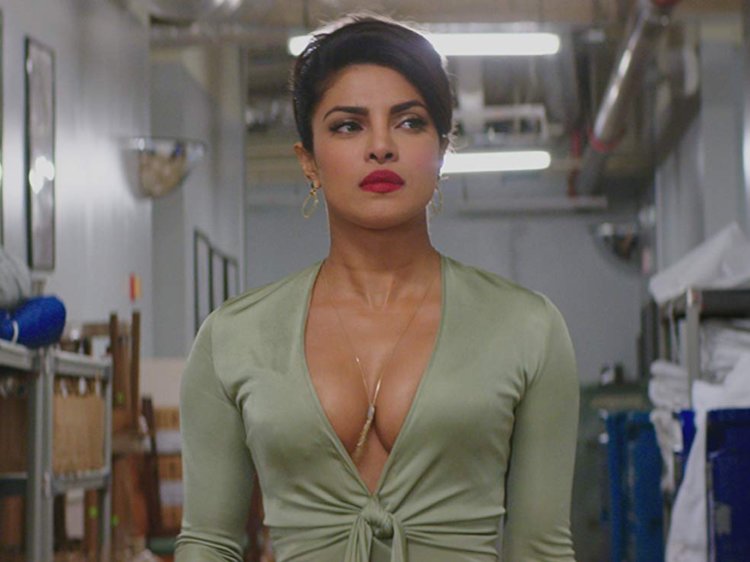 In 2017 she acted alongside Dwayne "The Rock" Johnson and Zac Efron in "Baywatch," playing the story's primary antagonist. The movie didn't do well with critics but still racked up an estimated $152 million worldwide.
Advertisement

Her next big movie was the 2019 comedy "Isn't it Romantic," in which she appeared alongside Australian actress Rebel Wilson. According to Box Office Mojo, the film has grossed almost $45 million since opening on February 13.

She sang with Pitbull and Will.i.am. 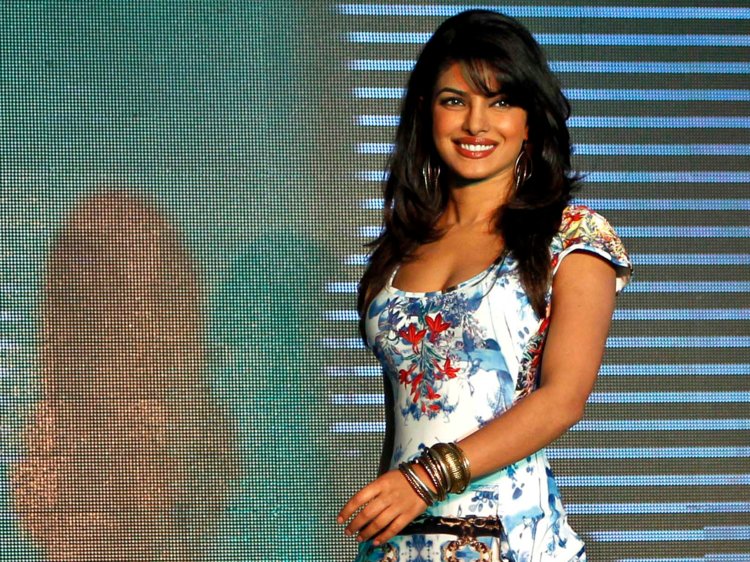 Chopra in 2012. Rafiq Maqbool/AP
Chopra released her debut single, " In My City," with Will.i.am in 2012, and the song became the NFL's official Thursday night football theme song. Chopra also released singles with Pitbull and The Chainsmokers.
Advertisement 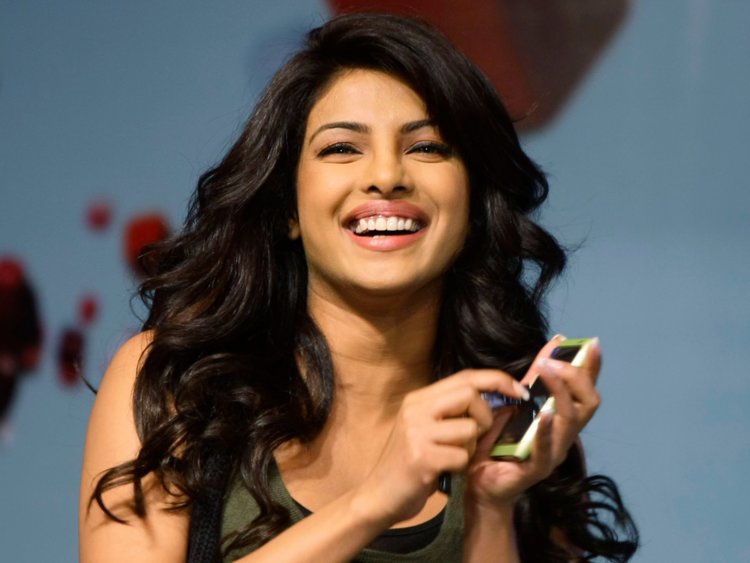 Priyanka Chopra posing with a newly launched Nokia phone in 2010. Rafiq Maqbool/AP
According to India.com, Chopra earned 100 crores (more than $900,000 million) from product endorsements in 2016. Throughout her career, Chopra has appeared in print and video advertisements for brands including Pepsi, Nokia, Garnier, Sunsilk, Marvel Tea, and Nikon.

Advertisement
And Chopra's no stranger to social media marketing, either. She's plugged several online brands, such as Booking.com, Bumble, and Amazon, on her own Instagram page, where she has more than 36.7 million followers.


She's the head of her own production company. 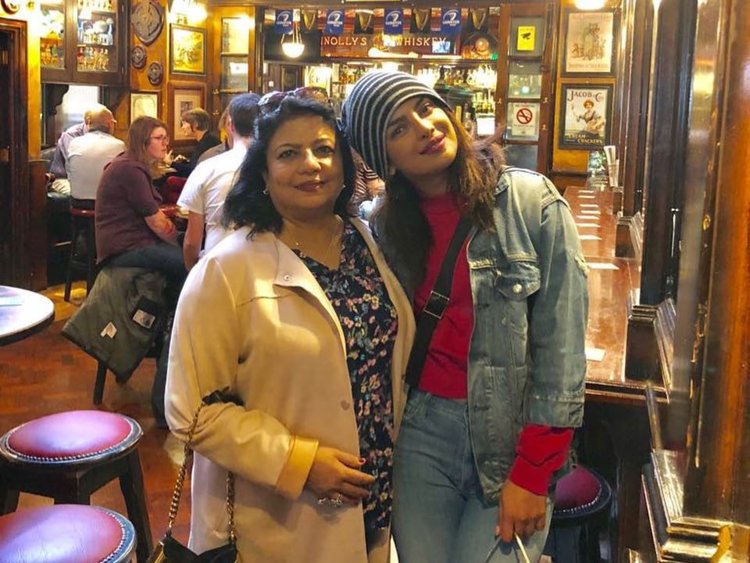 Chopra and her mother in a picture shared on Chopra's Instagram page.Priyanka Chopra/Instagram
In 2015 Chopra founded production company Purple Pebble Pictures with her mother, Madhu Chopra. The film house, which is based in Mumbai, India, produces small-budget films, with 2016's "Ventilator" being one of the most commercially successful. The movie, which had a budget of 3.5 crores (approximately $500,000), amassed 25 crores (approximately $3.5 million) at the box office, according to The Hindu.
Advertisement


Outside of the entertainment industry, Chopra is reportedly a smart investor. 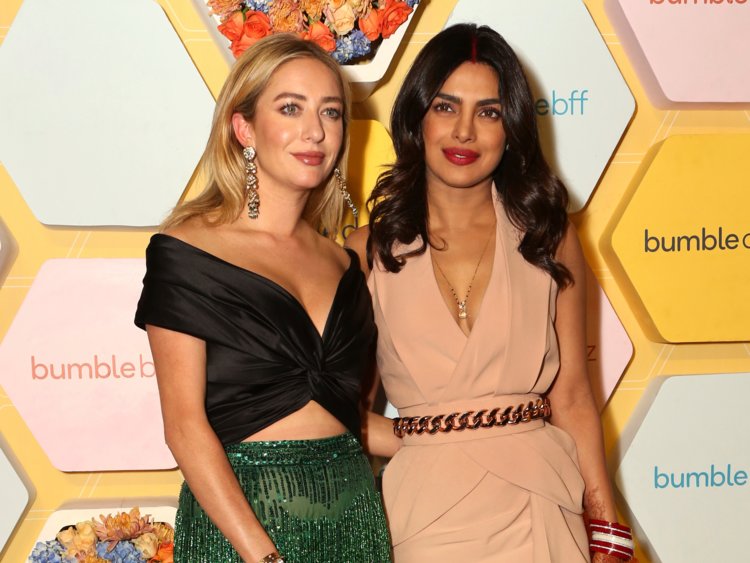 Chopra and Bumble founder and CEO Whitney Wolf Herd at the Bumble launch in New Delhi in 2018. Pallav Paliwal/AP
Over the past decade, Chopra has made several real-estate purchases, including multiple flats, a New York penthouse, and a $14 million, 15-bedroom bungalow. She also dabbles in the tech industry: She reportedly made an investment in the popular dating app Bumble in October 2018 and has since plugged the company on her Instagram page.

She's got a number of projects in the works. 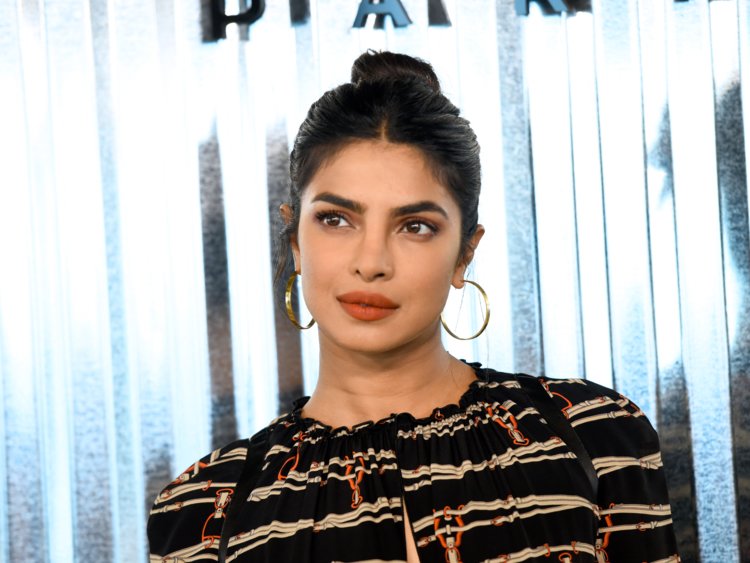 Chopra is working on a web series, a memoir, and more. Jared Siskin/Getty Images
Chopra isn't slowing down anytime soon. In addition to working on films in the US and India, she's started shooting a web series, "If I Could Tell You Just One Thing," for YouTube. She's also writing a memoir, "Unfinished."