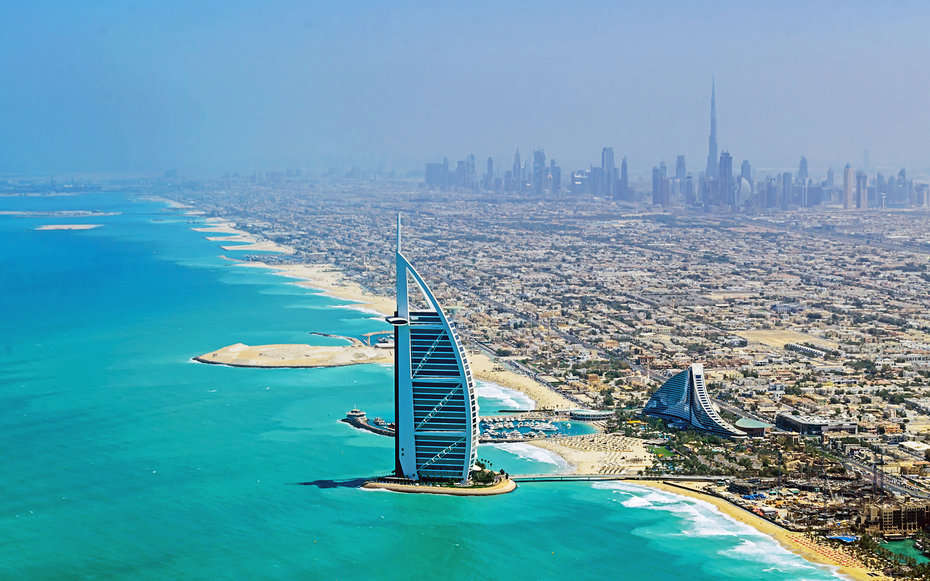 Dubai is the fastest-growing transit hub in the world, and has one of the nicest airports. The is located roughly 3 miles outside Dubai, which makes the city a very accessible destination for those stuck on long layovers.

Most of the international flights usually ply on this route and so, you are often left thinking what to do during those 4-8 hours here.

While travelling to Europe, I faced a similar problem and researched on what could be done during this time in Dubai. Here's what I could come up with - choices depending on what your layover duration and mood is:
Advertisement For those with 4-hour layover:

Gifting options:
You can buy gifts for relatives or colleagues from Dubai’s . It makes for one of the best airports for picking up tax free items like perfumes, watches, clothes, chocolates, liquor.

To get entertained:
Advertisement
The Dubai International Airport also has many other services including a Women’s Lounge & Children’s Play Area located between gates 12 and 14, internet kiosks near Gate 9 and Gate 23, four prayer rooms in Arrivals and the main Concourse. There are also many lounges to keep you occupied during your Dubai layover. There’s an International First Class Lounge between Gates 114 and 112, a Business Class Lounge beside Gate 108, and lounges for the following airlines: Air France, Gulf Air, Emirates, British Airways, KLM and Star Alliance between Gates 21 and 26. In addition there are two Quiet Lounges in the Sheikh Rashid Terminal near Gates 9 and 23 free of charge.

Eating options:
A couple of flights offer food coupons which have several options for you. Like Emirates gives a food coupon that has free food coupons of several restaurants on various terminals of the Dubai airport. Depending on where you have to get your connecting flight, you can choose a restaurant and avail the coupon. It’s lavish food for free!

Working or watching movies while relaxing on recliners: Advertisement Certain terminals have recliners where you can rest while working on your laptops or watching movies. It’s the best and cheapest way of passing time on the Dubai terminal. However, make sure you are able to find one of those recliners near your departure gate!

Other Resting and relaxation options:
There are complimentary shower facilities on the departures level of Terminal 1 (between gates C18 & C22) and Terminal 3 (between gates B13 & B19 and gates A1 & A24). You can also find the Dubai airport’s Zen Gardens, an indoor garden that offers peace and tranquility, located near gates B7 and B27. And if you’re looking to catch a quick snooze in the airport during your Dubai layover, check out the Snoozecubes, where you can sleep in a bed, before catching your connecting flight. Snoozecubes are located next to gate C22 in Terminal 1, and there are 10 Snooze Cubes available to rent by the hour.

For those with 8 hour or more layover: Advertisement
For the tired traveler who has a long layover is the Dubai International Airport Hotel. You can pay by the hour (starting at $40) or the entire night (from $200) and offers a health club, business center, 24 hour laundry and room service. You are also, for a fee, able to take a dip in the swimming pool, and access a fully equipped gym, jacuzzi, sauna and shower facilities, without booking a room.

There are a number of transportation options if you plan to leave the airport and travel into Dubai. There are official taxi ranks at each terminal, with taxis available 24/7. There’s an AED20 taxi charge from the airport, and a ride to the more distant areas of the city, such as Dubai Marina, would be around AED100. Trains run every 10 minutes from Terminals 1 and 3, starting at 5:50am and stopping at midnight (with no service Friday mornings). In addition, buses leave from stations opposite Terminal 1, 2 and 3.