Advertisement
Tanya Dubey
May 17, 2017, 17:51 IST
Krishnan , has played a lot of roles in his life; from an engineer, to an entrepreneur, to now a venture builder, and his life has been nothing short of an trial. While his shoes have been too big to fill and as they keep changing, he is currently pioneering a unique model with Growth Story in India, which is probably only made popular by Rocket Internet in the country.
Advertisement
GrowthStory is the venture-builder platform that Ganesh and his wife, Meena set up in 2011 which has promoted some of India's most disruptive start-ups including Portea Medical, Big Basket, Fresh Menu, Home Lane, AcadGild, HouseJoy, Social Frontier and many more.
Also Read

This model is unique due to the fact that while Ganesh and Meena come up with entrepreneurial ideas, they hire executives to pull it off. It is not primarily "investment" only, but where GrowthStory is the "promoter," but where the Partners are often the originators of the idea, work to get a founding team in place, drive fund raising early in the game, work closely with founders to scale the venture, guide strategic direction et al.

This ‘express’ entrepreneurship that the power couple pull through is extraordinary and the back- story to it is a roller coaster that, you can’t forget.

Ganesh’s father died in an accident when he was just nine years old and as the eldest of three siblings, he felt the need to set an example. His mother was a hard-working government servant and bought them up to the best of her capabilities.
Also Read

So Krishnan, became a mechanical engineer passed out from Delhi College of Engineering, and even got a post graduate degree from IIM before realizing that he didn’t want to be an engineer or just an MBA graduate.

Ganesh credits his entrepreneurial trials to , under whose guidance he experienced different business function, “I worked for five years in various functions and also as executive assistant to Shiv Nadar. My first venture started in 1990, a company called IT&T where me and my friends pooled in money to get it started,” he told Business Insider.
Advertisement
He ran the company till 1998 and remained the largest shareholder and director of the company till 2003 when it was sold to iGate.

He went back to the corporate life but after two-years stint went back to entrepreneurship with his second business venture called CustomerAsset with Meena and another partner.

It was later acquired by ICICI Bank in 2002 and Ganesh made $ 20 million for his stake in the company.
Also Read

In 2003 he stumbled upon an innovative new company called Marketics which was started by IIT and IIM graduates. Ganesh was approached for investment, mentoring and guidance. This company was also sold off to WNS, for $65 million where only half a million dollars were invested in this business without venture capital funding.

Then Ganesh again started his own business with TutorVista in 2006 which was bought out completely by Pearson for Rs. 1000 crore. His multiple hits have led him to be where he is, but that isn’t without the missus by his side.

When the the last acquisition happened, Ganesh and Meena decided to take the hard road and continue their entrepreneurship journey albeit this time, differently.
Advertisement
"Only 5 per cent of start ups succeed and Ninety-five per cent end up failing. I see still young entrepreneurs after starting a company against all the odds. I'm addicted to fueling that until I can," says Krishnan when asked about why his family still makes risky businesses instead of just ‘settling down’.

When it comes to Meena and Krishnan Ganesh, their complementary skill sets have given fuel to the train that is Growth Story. Professionally, Meena is more lauded as the CEO of ,No.2 at and now CEO at Portea, but Ganesh is the visonary that knows they can achieve so much together.

As co-founders and life partners, they know that team work is the key to making a venture start and keep it running. 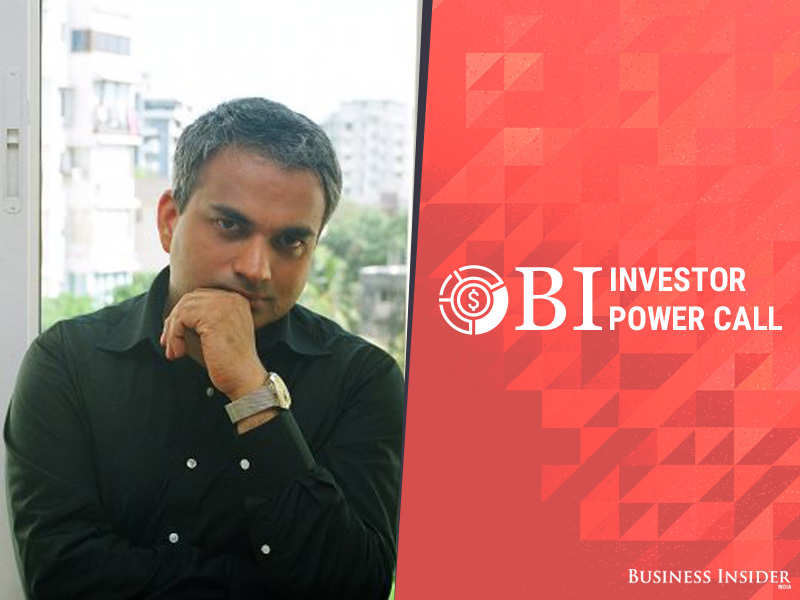