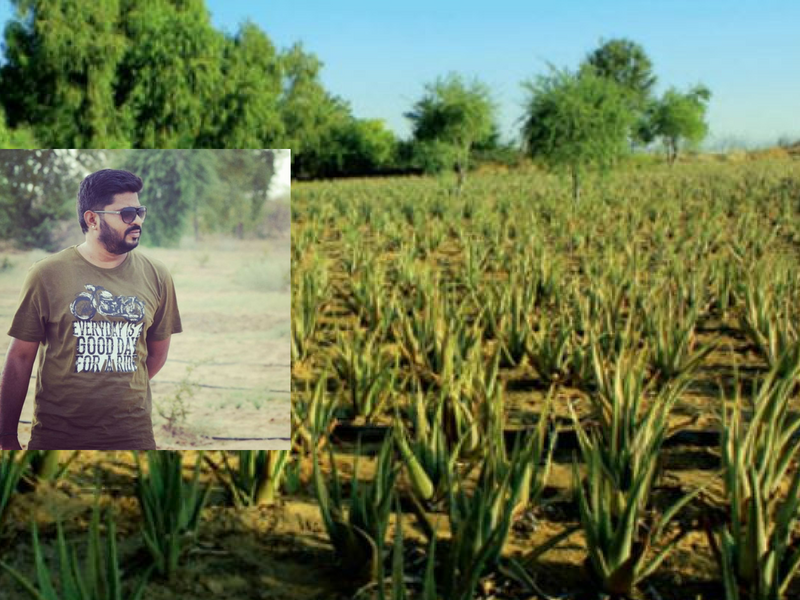 Advertisement
Advertisement
Most people in India born in family of farmers&rsquo; dream of cracking a government job. But is unlike the most of them. He had a government job and he wasn&rsquo;t much happy. Working as a junior engineer with , once visited an agri-expo in Delhi. That has been the turning point in his life.

He quit his job and started cultivating aloe vera and other crops on his 120 acres of farmland. And that was it. While most farmers in grow bazra, wheat and moong, Harish started with babie densis&rsquo;, a variety of aloe vera which is so good that it has a high demand in Brazil, Hong Kong and as well.

And that paid off. Harish has now set up his own company &lsquo;Naturelo Agro&rsquo; at , 45 kilometres from in Rajasthan. There the aloe vera produce is supplied as raw material for for making aloe vera juie and gel.

Because of the arid climate and sandy soil, aloe vera in is known for its quality. Initially Harish had planted around 80,000 saplings, which has now grown seven 7 lakhs. Last quarter, Harish has sent 125-150 tonnes of processed aloe vera to Patanjali factory in .
NewsletterSIMPLY PUT - where we join the dots to inform and inspire you. Sign up for a weekly brief collating many news items into one untangled thought delivered straight to your mailbox.
CAPTCHA: