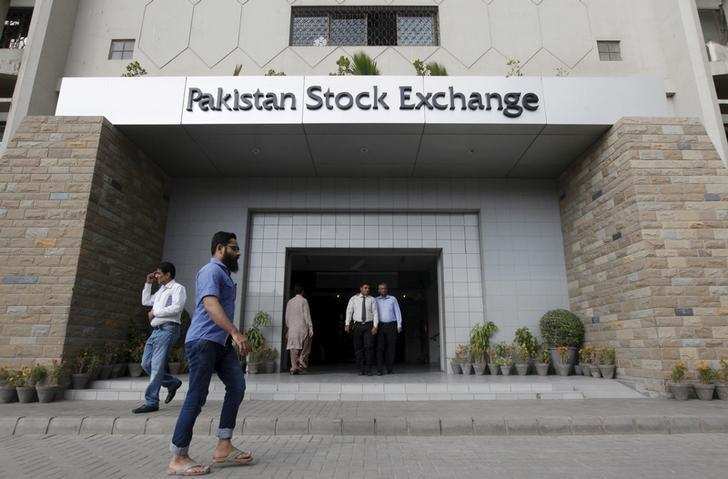 The country has trumped its peers and the members of the emerging market grouping.

Pakistan&rsquo;s market filliped in June when MSCI Inc. said it would reclassify Pakistan as part of its benchmark emerging-market index from May 2017 - a show of confidence that it declined to extend to China.

It should be noted Pakistan&rsquo;s stock exchange was downgraded to frontier-market status in 2009.

&ldquo;The benchmark index can easily reach 60,000 before the general election in 2018. Now that the IMF program is over, the government will be giving incentives that will positively impact the market and business sentiment. The boost from the upgrade and Chinese investment is also there,&quot; Vasseh Ahmed, who's chief investment officer of Karachi-based Faysal Asset Management Ltd,&quot; told Bloomberg.

Advertisement
In September, Pakistan got over with a three-year $6.6 billion International Monetary Fund loan program.

&quot;Textile is already seeing the push, and the government may further boost the agriculture sector. The banking sector will also rebound given interest rates have bottomed, while the oil and gas sectors are rallying following a recovery in energy prices and infrastructure development,&quot; Ahmed told Bloomberg.

Some offshore investors told Bloomberg the country's leaders must implement structural reforms before the outlook will materially brighten.

Bloomberg quoted Hasnain Malik, head of frontier-markets strategy at London-based Exotix Partners, saying Pakistan&rsquo;s attractiveness depends on whether it can overcome vested interests to restructure its loss-making state-owned entities, and widen its tax base.
&quot;Without such reforms, Pakistan will remain a hostage to external factors, such as global risk appetite, oil prices, index changes as well as foreign aid and investment flows,&quot; said Malik.