Advertisement
Rounak Jain
Jun 16, 2021, 09:14 IST
Dodla Dairy is a Hyderabad-based dairy companyDodla Dairy
Advertisement
Initial public offerings (IPO) of dairy companies don’t come around often, so the Hyderabad-based Dodla Dairy’s ₹520 crore IPO stands apart from the rest for this reason, among others.
The 26-year-old company operates in South India. It is the third largest milk producer in the country, with its milk procurement standing at 1.03 million litres per day.

If that sounds exciting enough, here’s a brief look at the Dodla Dairy IPO details:


Here’s how much of the issue is reserved for different categories of investors:

Advertisement
Dodla Dairy counts the US-based equity firm TPG amongst its investors. Out of the ₹520 crore that it aims to raise from the markets, ₹470 crore will be via offer for sale from the existing investors, including TPB and the company’s promoters.

The remaining ₹50 crore will be raised via a fresh issue of equity shares.

Objects of the issue

The company’s prospectus states that out of the ₹50 crore fresh issue, ₹32 crore will be used toward payment of certain borrowings, which will help reduce its cost of finance and make the company debt-free.

₹7 crore will be used towards meeting incremental capital expenditure requirements of the company. The remaining ₹11 crore will go towards general corporate purposes.
Advertisement

Here’s what analysts are saying

Analysts at Angel Broking said that the future prospects of the company look better thanks to an improved product mix.

“Dodla Dairy has shown improvement in operating margin with an efficient working capital cycle. Going forward, we believe that it would perform better on the back of an increase in value added product mix,” said the brokerage.

“Going forward, sustainability of recent improvement in operating performance will be the key for DDL’s valuation rerating in the medium-term. Considering strong OCF yield and consumer-centric business, which usually commands higher multiple, we recommend subscribing to the IPO from the long-term perspective,” it said in a statement.
Advertisement

Understanding the business of Dodla Dairy

Dodla Dairy has a network of over 1 lakh farmers across South India, helping it procure over 1.03 million litres of milk per day. This makes it the third largest company by milk procurement, and the second largest private dairy company in terms of market presence.

Dodla primarily operates in Telangana, Andhra Pradesh, Karnataka, Tamil Nadu and Maharashtra. It also has operations beyond India, in Uganda and Kenya.

According to the company, its main competitors are Hatsun Agro Products, Heritage Foods, Tirumala Milk Products and Creamline Dairy Products.

Here’s how it fares against them: 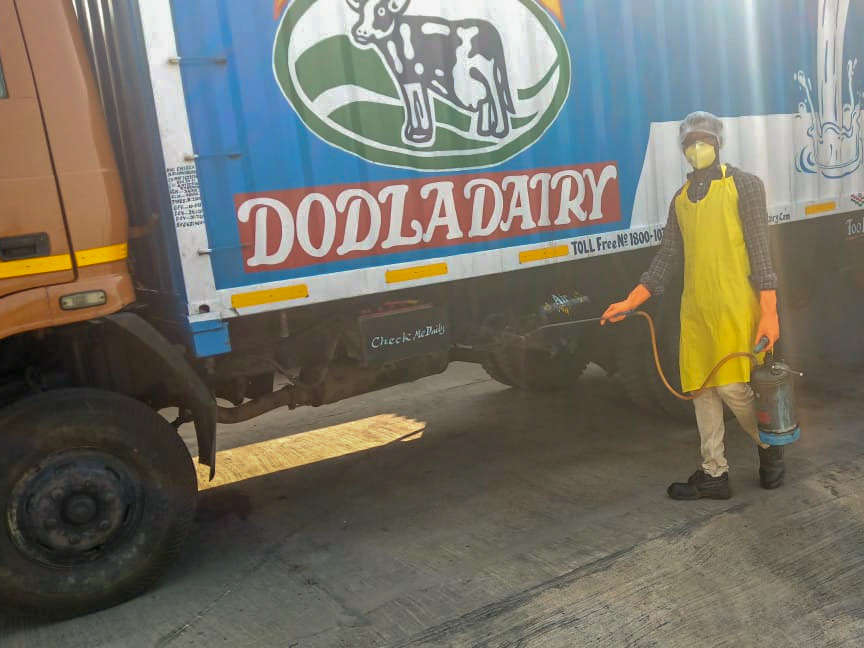