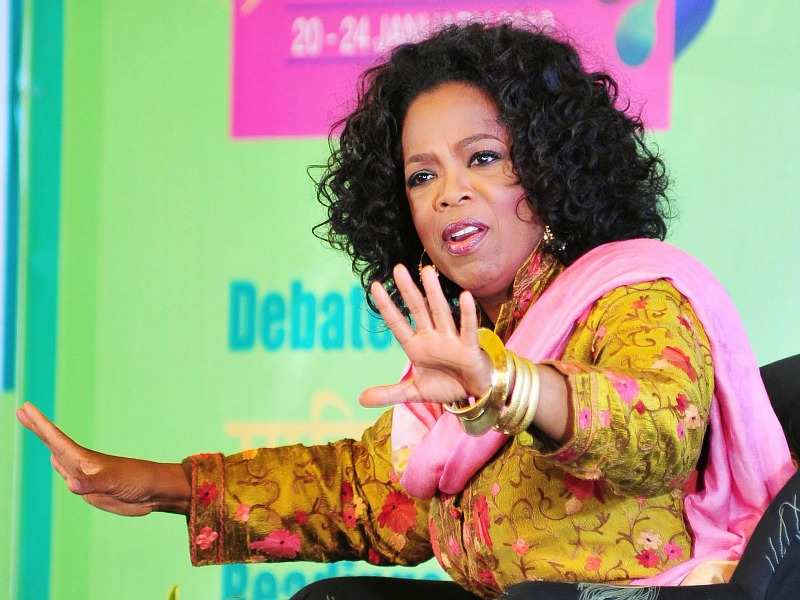 When you are desperate for success, says, it cannot become your only goal. You have to strive to be ‘significant’ and that does get you the eyeballs. To rise from being called the ‘ugliest face of television’, ousted from shows because she was too involved in her stories at Baltimore’s WJZ – TV, Oprah initially was everything that could be bundled into an ‘unlucky’ face.
Advertisement

When her producer offered her a daytime television show as a consolation to have been forced to move her out of earlier show, Oprah simply touched the chord through her new platform ‘People are talking’. The show became a hit and ensured her place in the television channel for the next eight years. Eventually, she launched her own show-‘The Oprah Winfrey Show’-which ran for 25 seasons. According to Forbes, her worth is $ 3 billion. Not only that, she is one of the foremost philanthropists among people of African origin in America. Beat that!

Oprah’s story of her failure and then rise and rise in her career can form a baseline theory for management. Her life has so many hidden messages for a management professional.

Court the risk
Oprah, despite being branded ‘unfit for television news’, took whatever she was offered to compensate for the loss of more significant work in news shows. Yet, she excelled at what she was doing. That was risky, and at the same time bold. She gave it all she had. And the show made history in the US and world television.
Advertisement

Sense of accomplishment is higher when you leave your comfort zone. Give it all ye got!

Imitation won’t win it for you
The ‘other guy’ or the other company is always doing something to destabilize you. In the heart of hearts, you also start believing that they may be even better at what they are doing. But hang on, YOU are different from them. Innovation is something you need to figure out, DESPITE the competition. That’s when you raise the bar, and that’s when you start winning.

When Oprah started with the chat show, it wasn’t such a popular thing. She added value to it and built a personal brand.

Thrive on challenges
Even at the peak of success, Oprah hadn’t sunk into her cushiony comfort assuming she had arrived. Week after week, she would prod her research team into finding new narratives, new voices and issues that were left untouched because they weren’t ready for television. Yet, the very premise became her USP and ensured her success for thousands of weeks, undeterred and unshaken.
Advertisement

Make challenges your adrenaline. And thrive on them till they surrender. No competition can ever touch you.

Friends from foes
Choosing your friends from your foes is the single most significant task. To assume the company you keep will define you is the biggest mistake of all. Peer pressure can kill the drive within you and force you to succumb to pressure. A foe sets better bar for you than a friend.

Own up, own good
The moments that strengthen the mettle within you are not those when you are successful. They come at most difficult times, especially when you are held accountable, down and beaten. That is the time you raise the bar for self. Own up your mistakes, and never pass the buck.

Never lose sight of the horizon
Advertisement
There is something at the end of every day – whether good or bad. Keep your eyes trained on the horizon to make sure something waits for you time and beyond. Nothing can define you till you allow it to – whether it is success or failure.

Love what you do
This is probably the commonest phrase. Yet, it never loses its sheen. Love what you do so that you keep brimming with ideas to meet your work every day. When it becomes a ‘task’ or a ‘job’ it turns uninspiring. Don’t let that happen to you.

Your gut knows best
That queasy feeling that tells you right from wrong is the best inner voice you have. Markets may tell you otherwise, but your gut tells you even more than that. Don’t ignore it. Allow it to grow.

Time your exit
When Oprah decided to call it quits after doing series of shows, it was termed ‘unwise’. Yet, she didn’t change her decision. She left when she was ready to leave, and not when she fell. Know when end the ride, and hang up your boots. It’s empowering.
Advertisement

Walk-fall-walk-fall
Whatever may the reality be, you cannot walk the tight rope all the time. Let go of your inhibitions. Don’t be scared to fall. Rising again only makes you stronger and more educated than before, and gives you an education that no business school will teach you.