2016 tantalizing tech trophies: Top 10 technological trends that no techie can miss out 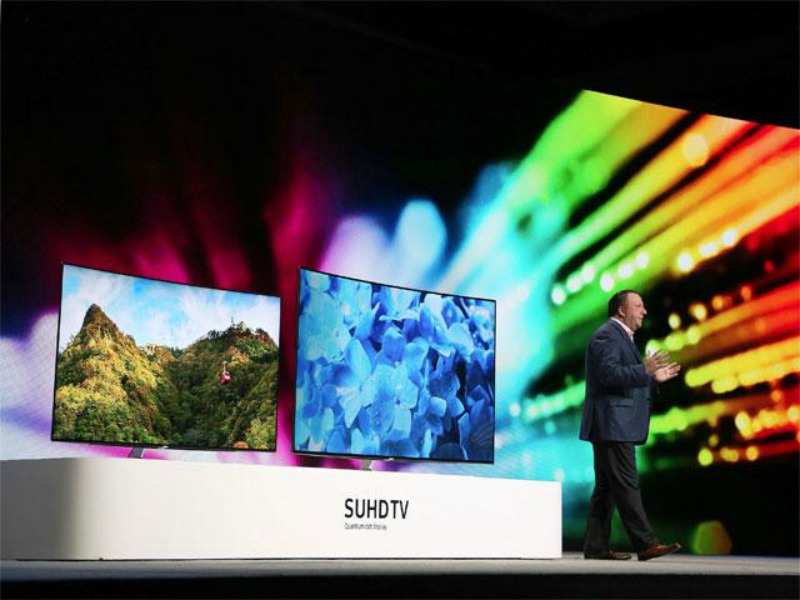 Whether you are a hard core techie or simply someone who goes gaga over the fascinating gadgets popping up every now and then, you surely would have been glued to , the larger than life trade show of North America that was held earlier this month.
Advertisement

Amidst the sprawling 2.47 million square feet dotted with exhibits, people thronged to gape and get awed at the mind boggling repertoire of technical extravaganza. And indubitably, the event showcased some of the most innovative and inspiring items in the virtual reality cosmos.
If you are waiting for the grand revelations about the upcoming tech trends of the year, here is a peek into them.

The Internet definitely has made our life smart and smartphones smarter. With this mantra in mind, the tech innovators have come up with an idea of processors, which can function without batteries tucked behind them. These processors make smart devices even smarter and more efficient. A number of top notch brand names in the genre have claimed to be on the way to bringing out their humongous ecosystem of Internet of Things (IoT) with Panasonic’s Ora and Samsung’s very own Family Hub Refrigerator looking quite promising.

Virtual Reality in its best
Advertisement

You can create a 3D picture or a sculpture with the amazing Oculus Digital Art app. To get your hands tuned to some of the finest strokes of artistic exuberance, all you need to do is deck up your eyes with the headset of Oculus Rift and take the controllers of Oculus Touch in your hands. The awesome Tiltbrush is another impressive innovation by Google available with HTC, which lets you enter into the delightful digital arena and create masterpieces in hand painting.

The trade show was not only a men’s cosmos. It appealed to the women as well with its repository of proficient household items in their extraordinary innovative operating systems.

To name a few, the Marathon Laundry, AddWash and LG Stylerwere machines grabbed eyeballs. The first coupled a drying and washing operation in one single spin while having the capacity to be connected to the internet. Samsung’s AddWash, as the name suggests, enables you to dump in the clothes that you may have overlooked in the first place even after the machine has been started. LG’s Styler is an awesomely helpful iron that shakes and steams your garments in a way as to get rid of all wrinkles in a jiffy.

Although the smartphone genre did not reveal gigantic innovation at the CES International, Lenovo’s smartphone had something in its cup to amuse tech mavens. The Project Tango has an incredible feature and lets photographic aficionados capture 3D images by instantly detecting your surroundings through its multiple sensors, thus creating enigmatic images within seconds.

Cars not left behind either

When you think about a trade show, can you imagine an exhibit space without cars? Well, the CES International also saw quite a few top brands lining up to enrapture car connoisseurs. The FFZERO1A by Faraday Future was spellbinding in its cool electric sporty vehicle look. No less fascinating were the ranges of self driven cars by General Motors and Ford with their inbuilt supercomputers enabling you to relax while your car is being driven.

Game mavens may gear up for a never before experienced virtual cosmos with the gripping racing game by Sigma Integrale. It gives you an awesome 80 degree visual experience as you zip and zoom past in front of 3 LCD screens of 50 inches width. Take a bike training with the Motorrad Heads Up Display Simulator or don the Moveohelmet to swirl and turn and jump up in the air in your bike.
Advertisement

Vinyl record players with a twist

Yes, the CES International was not only about the future and the modern era. Retro too grabbed headlines among the exhibits. From Panasonic’s record player from the classic Technics brand to Sony’s PS HX500 and Crosley’s record players, there were quite a few to amuse the musical maven in you.

Drones in their unique outfits

Well, we are not talking about helicopters and manned drones exactly, but ones which can be operated with the simple use of smartphones, tablets and the likes. It’s the EHang with its mammoth 440 pound drone that comes with a speed of as much as 62 miles an hour and gull winged doors.

You might not be very zealous about taking a look at a television at such a trade show but believe it or not, this television has something to prove in front of its competitors as well. The television comes with an organic diode which emits light and is 2.5 millimeters in thickness. The television features a number of other alluring characteristics as well such as UltraHD Premium which comes with a High Dynamic Range function for optimum image clarity along with a mélange of 4K facets.

Finally last but definitely not the least, the exhibits saw a repertoire of bizarre objects as well one among them being the game console for your pooch by Cleverpet, which however, as its cofounder claimed was quite a tough job to sell given the very weird concept of the device.