INS Arihant, India’s only indigenous nuclear submarine, to debut as soon as May 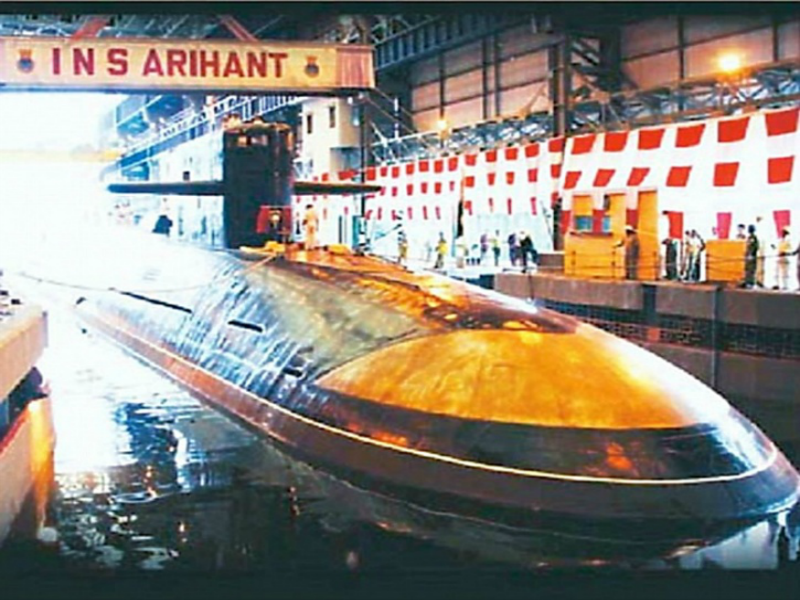 INS Arihant has completed all trials and weapon launch tests, and is soon going to be inducted in India’s Navy fleet.

Sources said the induction of this 6000 tonne plus indigenous nuclear submarine should coincide with the completion of Modi government’s two years in office on May 26.

“The submarine has passed all deep water and other tests and is ready for induction. It is just a matter of time that its formal induction (which is closely being monitored by the Prime Minister’s Office) will be announced,” said a source close to the development.

With the induction of INS Arihant, India will join one of the few super powers in the world that possess the knowledge of designing, engineering and operating a nuclear submarine.

Arihant is the lead ship of the five nuclear powered ballistic missile submarines launched in 2009.

Built at Vishakhapatnam, Arihant has been designed, developed and engineered by various agencies including the Defence Research and Development Organisation, the Department of Atomic Energy and the Submarine Design Group of the Directorate of Naval Design, besides private companies such as Larsen & Toubro (L&T).

As against a conventional diesel-electric submarine, nuclear submarines have the capability to stay out at sea longer and without the need to come up to the surface.

Arihant draws its design from design consultations with Russian design bureaus and possesses capabilities to be equipped with short range missiles as also the K4 long range ballistic missile.

India currently operates Russian-origin nuclear-powered submarine INS Chakra, which it leased for 10 years from Russia in 2012. However, the INS Chakra does not carry nuclear weapons.