Innovation has to move costs from dollars to cents: R.A Mashelkar 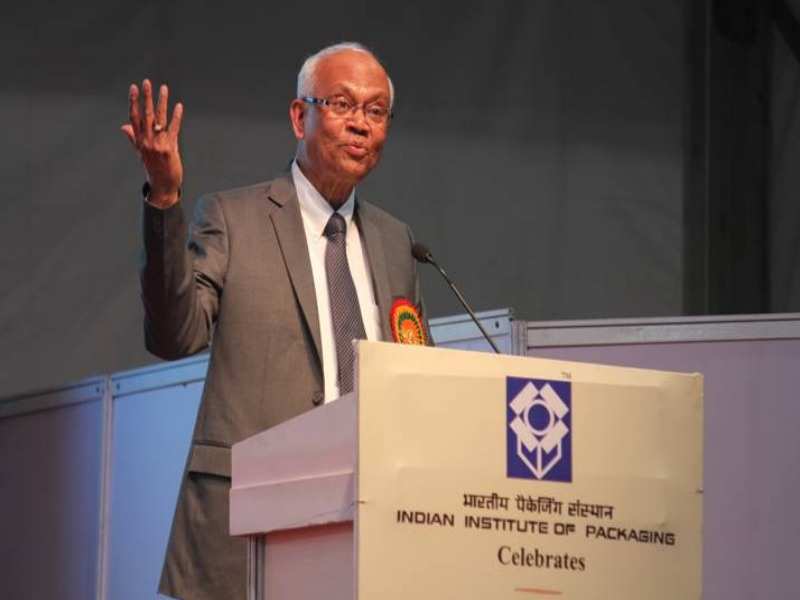 On the occasion of Golden Jubilee celebrations of the , former chief of the Council of Scientific and Industrial Research (CSIR), Padma Vibhushan Dr. R A Mashelkar, delivered the keynote address. With India’s agricultural produce being a victim of poor packaging, his speech focussed on the need for innovation to reduce . Here are the excerpts.

Not too long ago, India was looked at as a Third World country and today it is being viewed as potentially the third most powerful economy in the world.

I believe that India is all poised to have innovation like never before, and I’ve been continuously saying that the ‘I’ in India must not stand for imitation or inhibition; it must stand for Innovation. And this innovation has to be specific to the Indian challenges that we are going to speak about, and that challenge is really ‘getting more from less’.

Faced with shortages of capital, technology, and talent, audacious Indian entrepreneurs had no choice but to overturn accepted wisdom. A potent combination of constraints and ambitions ignited a new genre of innovation and this will continue.

40% of the vegetables and fruits in India are wasted; that’s the figure I’ve been told. You can clearly imagine what difference packaging can make to that figure.

There has been a lot of global research in this area. For instance, ethylene induces fruit ripening and accelerates fruit softening and ageing. There are several methods used by the horticultural industry to minimise the impact of ethylene during storage and distribution.

In the Indian context, the innovation in food packaging technologies will not just be about enhancing the performance. Affordability is going to be the key, because affordability is directly linked to scale. We have to find a way to protect the produce.

In that paper, we wrote, ‘we see the rich and the young in both the developed and the developing Worlds, demanding environment-friendly products and services. Affordability and sustainability, not premium pricing and abundance, should drive innovation today. Companies can respond to the challenge by developing strategies that allow them to create more products with fewer resources and sell them cheaply. The search for lower manufacturing costs and fresh sources of talent will increase pressure on them to globalise, leading to more-complex knowledge chains, supply chains, and cross-border interdependencies. At the same time, the new processes will make products and services accessible to a greater number of consumers the world over.’

Sometimes innovation fails. During the 1970s, a British chemical giant called ‘Imperial Chemical Industries (ICI)’ invested heavily in developing methods to ferment plastic-making bacteria. ICI saw the bacteria as a hedge against sky-rocketing prices for the oil it used to make polyethylene and other plastics from. Eventually, it was able to produce enough PHB to give it a brand name — Biopol. But Biopol had some shortcomings, including a tendency to become brittle.

But, we don’t have to worry about failure. As long as the spirit of innovation is alive, we will find solutions to the world’s problems.

Affordable excellence for a developed India
If there’s one mantra I want to give, it will be of affordable excellence. Because normally when you say something is affordable, you say it can’t be expensive. When you say something is excellent, it cannot be affordable.
But India has again and again demonstrated that we can actually do it. We’ll have to think about those rural villages, we’ll have to think about the aspiration that people have now, they don’t do with sub-standard goods, quality has to be high. They have to be delivered with excellence and that too affordably. And if we do that, you can see, the world will change. Affordability will give us equity and excellence will give us competitiveness.

We have thought about first to India, not first to the world. I hope that in your next 50 years of journey, you will create something which is first to the world. I can really imagine the situation in 50 years time, India will be a developed country by that time. And I’m quite sure if you follow the path with affordable excellence, you will be a shining star in that developed country, my country, our country, India.