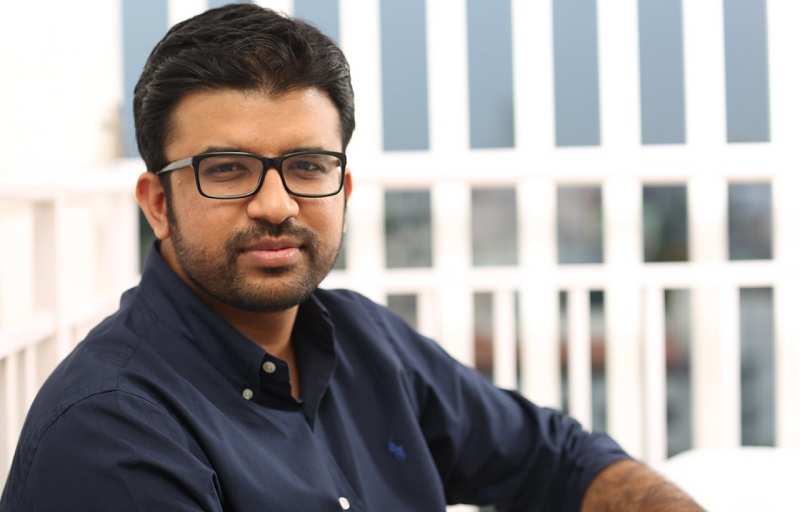 In the world of start-ups there is one saying that is held as the gospel truth-that there has got to be a problem that you want to solve. Some of the world’s biggest disrupters, including the likes of Steve Jobs, Mark Zuckerberg amongst others have believed in the ‘you need to want to solve a problem’ theory with utmost faith. It is in this belief that germinates an idea that amongst everything else impacts human lives and changes it for the good. That is exactly what and Abhinav Lal have managed to do with Practo-now one of the world’s largest online health services platforms, when they set out as 20-something gullible, but eager-to-learn college students.

Since its inception in 2008, from Shashank’s father’s modest 3-bedroom house in Bangalore, today has become India’s largest digital health services company, having raised a neat $124 million in funding, one of the largest outside the ecommerce space. It also boasts of a loyal network of over 10,000 hospitals, 5000 diagnostic centres and over 2 lakh doctors spread across 35 cities in India. It has also recently acquired four companies: Qikwell, a doctor appointment seeking platform; FitHo, a preventive health platform; Genii, a product outsourcing firm and Insta Health Solutions, a hospital information management company. So formidable has been the company’s growth that it has also recently entered the South East Asian market with launches in Malaysia, Indonesia, Philippines and Singapore.

Business Insider caught up with the maverick, unassumingly charming, go-getter co-founder of Practo, Shashank ND to talk about everything that is ‘Practo’.

Let’s start from the beginning. When did the idea of starting a digital company in the space seem like a viable option?

The intent was to create a company where people would want to come despite having the Monday blues. (smiling) Where people hopefully would have the Friday blues. It is not about the numbers, it is about the emotions. I came across entrepreneurship in the second year of my college. It was really early when I was exposed to the whole world. Today it is main stream to start a company, but in 2008 it was quite a path off the road. Entrepreneurship fascinated me as it was about doing things others have not yet done.

What was the personal aspect that egged you into this?

It was an operation that my dad had to go through in 2008 around his knee. I was the techie in the house. My mom handed me the health reports and asked me to send them to a doctor in the US for a second opinion. I remember taking photographs and printing and then scanning them to send to the doctor in the US, and thinking to myself that if the scanning had problems, some of the data in the reports would be unclear or even lost in the transmission. So, I approached the doctor here who said he couldn’t digitize the reports simply because he didn’t have the ‘email’ button on the platform where the reports were stored. This guy had equipment worth crores, generating revenues in crores, but he didn’t have an email button.

The first thing that occurred to me was why people weren’t storing their own medical records in the digital format. You didn’t have any digital data about your health and it’s funny because that is the one thing that you should have all in one place. People in fact stored every other irrelevant, bizarre matter in their phones, but not the most important one about their health. I saw that this was a global problem. The reason was that the doctors were not able to generate digital data. It’s not for the patients to do. Microsoft World and Google Health were doing the opposite. They were encouraging patients to digitalise their own data.

Did it cross your minds that you could be betting on the wrong stuff, going against Microsoft and Google?

Definitely. It was just like David going against Goliath at its best. In my father’s 3 BHK house we decided to build this out. Sitting and validating the fact that the thing on which all of Silicon Valley was working on is wrong, is plain crazy. But we were not worried about being wrong. What we were worried about was how to solve the problem.

Abhinav, my co-founder and I, sat together and built our first software , which had an email button. At each point we got validated. The first validation came from the users. In Bangalore there were 10-15 doctors we sold the software to at first. Changing the system is done best with a bottom-up approach. For 2 years we ran it on our own without any money. Then it just took off. We did what was right. Kept our ego aside and ran the business. Validation came every 2-3 months and accordingly we made changes. It so became that I couldn’t stomach appreciation, I could only take criticism. In fact, now when people say we are doing something wrong, I find that amazing, because it means they are noticing our work.

What do you see as challenges at this stage?

The biggest challenge is the communication culture. How do you make people aware about what you are doing? How do ensure that we keep our outputs equal to the expectations that the rest of the world have of us. Being a global company with the largest space in India, culturally, how do we ensure that we continue to grow?

How difficult was it to make people buy your product? At what stage did you realise that acquisitions and tie-ups would be the way forward?

Acquisition is the fastest way to grow. It is a good way of saving multiple years. It is just about saving time and having more impact. Basis the problems we face, we decide where or who to go to. We have 200,000 professionals today on our platform.

In Practo, you have essentially married technology with healthcare, a sector that is completely inundated with infrastructure issues. What has been your takeaway there?

There are 2 things, failure at the doctor level and that at the public level. Our App tells you where you have to go and how much time you have to wait. You can meet the doctor at the right time. A Qikwell product that we have acquired recently reduced waiting time for patients from 30 minutes to 8 minutes. We are bringing systemic efficiencies into the hospitals in the way they are run.

How have hospitals accepted the technology, including the big chains?

Everyone knew us and that worked in our favour. Reputation and acquisition helped us.

What is the next step? Global expansion?

We are targeting countries where we are seeing mobile internet integration on the rise. We are looking to invest in developing countries. First preference is Latin America. We have started our ground work in the Middle East too. Our approach in entering new countries has been to launch the consumer product first. We targeted the consumers first there. But, before that we made sure that the doctors are listed on our platform.

So, Now that Practo is safely on its way to becoming a truly global company, do you get time to unwind? You are young. Do you take time out for things like partying, watching movies and other things that people your age like doing?