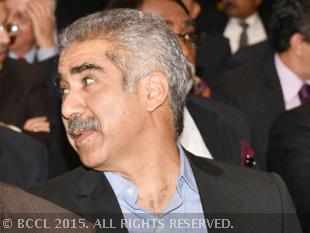 Micromax Informatics, India's second largest smartphone vendor, on Monday said that it remained the largest home bred player, disputing the findings of research firm IDC which showed that had surpassed it to become the leading local supplier in overall in the third quarter.

"We continue to retain our Number 2 position (behind ). We imported almost 9.7 million devices in the (third) quarter. The smartphone contribution is ahead of competition. We 5.5 million, remainder was feature. Towards similar period, the other (company) in question imported 8.4 million handsets," Informatics' chief executive officer Vineet Taneja told ET.

He didn't specifically name but was referring to its closest competitor Intex, which had claimed that basis the IDC report, it had overtaken Micromax in the July-September quarter in the overall handset market.

Advertisement
Samsung is the undisputed No. 1 overall and in the smartphone segment.

"Import data is accurate and authentic data. These research agencies have various methodologies, even as there are missing links and data points that impact the actual numbers," Taneja told ET.

Citing import data from Infodrive, Taneja said that the third quarter was one of the best quarters for Micromax.

Advertisement
He also pointed to data from other research agencies such as Counterpoint and CMR which had put Micromax above Intex in both overall and the smartphone segment.
"We do a lot of surveys, which suggest that our numbers are far ahead in billing terms than to any other Indian player," Taneja said.

The company's share in the smartphone segment is almost double of the next player, making Micromax the leader in the space, Taneja said, adding that smartphone is the real measure of success.
NewsletterSIMPLY PUT - where we join the dots to inform and inspire you. Sign up for a weekly brief collating many news items into one untangled thought delivered straight to your mailbox.
CAPTCHA: