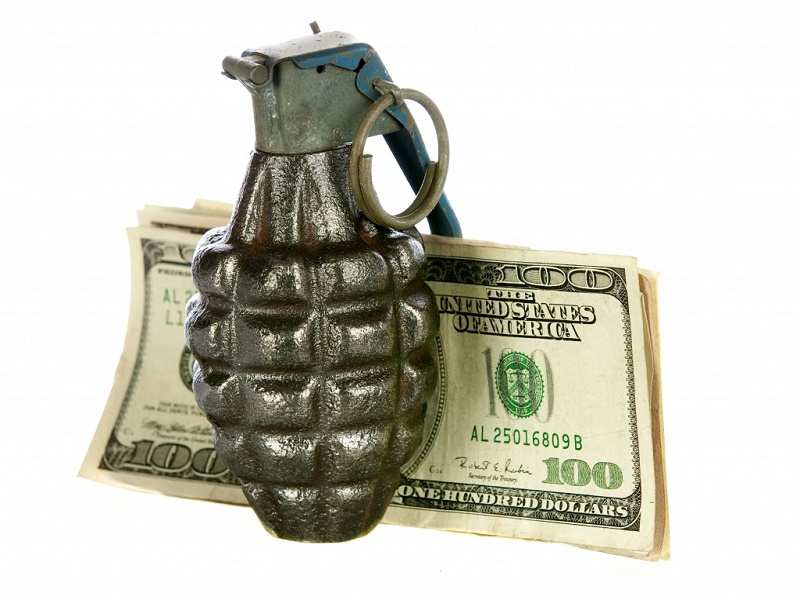 Advertisement
We recently conducted a survey in North Africa, among 2000 students, to understand what they intended to do with their future.

Our studies revealed that trust in governments is at its lowest and although entrepreneurship has been promoted as a miracle cure to unemployment and social instability many young people are unwilling to take up governmental schemes to launch a business.

There were many youngsters, likely to consider radicalization as a means of protest. They did not trust their government - since they considered it corrupt; had little knowledge about religion –and hence, could easily be swayed by an alternative.

We also found that those most considering starting a business are also the one most tempted by armed resistance (and joining ISIS emerged as a probable option).

In fact out of 1,742 respondents, a staggering 13.2% considered joining armed movements such ISIS. A very worrying finding until one considers ISIS offering in the region: $500 to $700 per month and a life with a meaning: the creation of the caliphate, the perfect, incorrupt, Islamic state, a potentially valid and quick fix alternative to this young energetic unemployed generation that has lost hope in their government.
Advertisement

But at a deeper level, is it only money? Is there any other reason why this happens? Lets look at this from a neuroscience perspective. A fundamental aspect of propaganda is persuasion.

There are various models of persuasion. Recent findings in neuroscience have revealed the importance of emotion in the human decision making process. It is emotions that sway us one way or the other. The ELM model or Elaboration Likelihood model as described by developed by Richard E. Petty and John Cacioppo in the mid-1980s explains that the brain can either process a message superficially, leading to low persuasion or more centrally / deeply, increasing the persuasion.

These youngsters watch this social media footage over and over, share it and discuss it. These highly emotionally charged images have the effect of maximizing persuasion and so is the will, among the youth to take up arms and turn to terrorism.

I’m not saying that world is new to terrorism.
Advertisement

What has changed in the last decade is the speed with which terrorist organizations organize and recruits, thanks to social media.

Looking back, social media – since Facebook in 2004 and Twitter in 2006 for Twitter – used to play a very marginal role in shaping public opinion. TV had been the primary tool used to engineer popular consent and quiet the opposition. But in December 2010, Social media suddenly took centre stage and became the trigger behind one of the most influential event of this century: The Arab revolution. The Arab Spring began when a frustrated Tunisian street vendor, Mohamed Bouazizi immolated himself on December 17th 2010 to protest against the confiscation of his merchandises and the constant harassment by municipal civil servants. Social media triggered a chain reaction based on this single event that represented people’s increasing awareness and rejection of massive corruption, nepotism, abuse of power and the absence of rule of law.

So how do we make a better world? I personally disapprove censoring of social media as social media is often the only channel for the oppressed and the weak to alert the world of their suffering. The answer lies in using social media to reach larger numbers of people, and engage them in positive pursuits- such as education and values, offering them a possible inspirational source of dignified livelihood such as entrepreneurship.

Every person working at the grassroots level, should share how they have created pockets of progress, and engaged the youth in meaningful pursuits. It’s also important for religious leaders to increase their online presence and highlight the peaceful nature of all of the world’s religions. Yet social media is only a reflection of reality, it is fundamental that more important structural changes be operated, democracy which implies a high degree of press freedom and transparency need to be promoted so that corruption be curbed. Indeed, peace would be the ultimate way to clean social media of the horror of wars and promote a more human and compassionate world.