This startup, which accompanied PM Modi to Silicon Valley, is making smart necklaces and a security app for a 'SAFER' India! 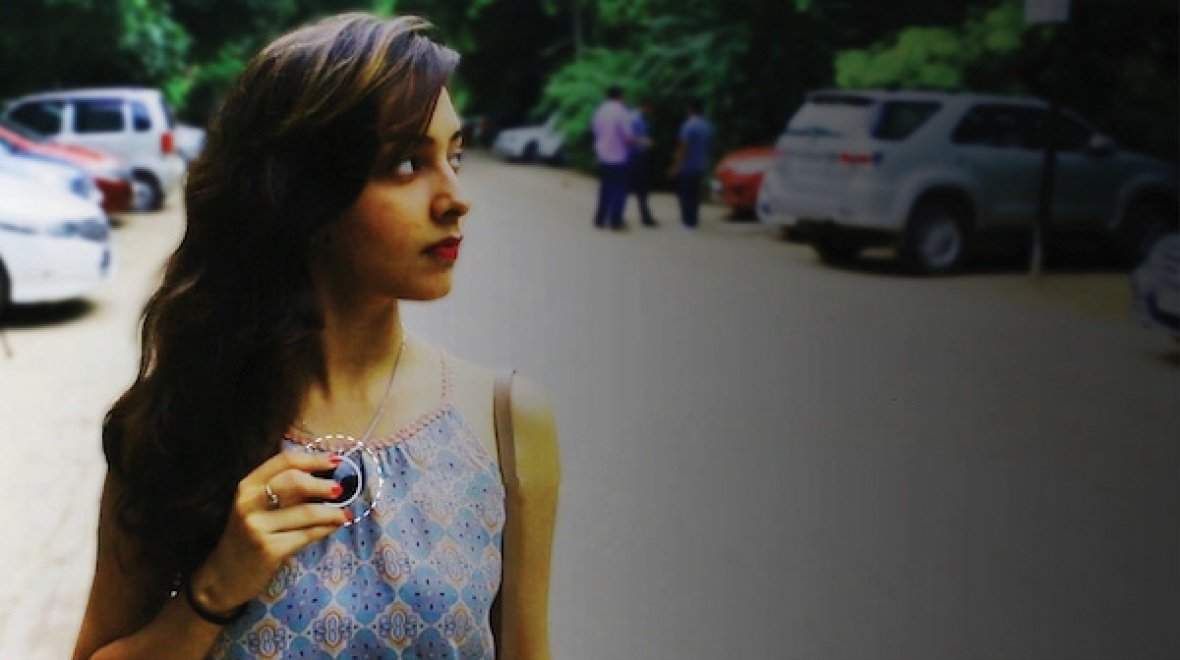 A bunch of young, fresh and vibrant minds are busy developing security gadgets for a noble cause. They want all the women in this country to feel . Precisely, why they have even named their award winning security device ‘SAFER’!
Advertisement

The most interesting bit is, their product innovation is different from the sprays and electric pens available in the market. It came about when the founders felt that it should be a pretty thing to wear which girls feel proud of, unlike the boring hand bands etc.What could be a better idea than a pretty necklace!

This resulted in 'SAFER', a smart necklace with secret security device inside. The brainchild of five friends - students of IIT Delhi and Delhi Technological University- who, not very long ago came together with the aim of making lives safer amid rising crimes, the fancy device didn't take much time to get noticed. It won an Ericsson innovation award this year. This resulted into a full-fledged product and led to the launch of their firm ‘’ in February by , Avinash Bansal, Ayush Banka, Chiraag Kapil and Paras Batra. By virtue of the extraordinary innovation, the startup was chosen amongst the top 10 innovative startups in India by Department of Science and Technology, and accompanied Prime Minister Narendra Modi on his visit to to participate in first India-US Startup Konnect.

There has been no looking back for this new toddler in the startup space. Recently, it announced another feat - received $250,000 in seed funding from seasoned investors, which is now being planned to be used in growing SAFER.

Co-founder Manik Mehta explains how SAFER works: “Our device is run by the app SAFER WALK. It is priced at Rs 3500 and looks like a piece of jewellery. It can be used to trigger alarm and send signals to pre-identified phone numbers in cases of emergency. However, if people cannot buy the device, they can also use our app for safety,” he said.

Advertisement
He makes it clear with an example: “Suppose my sister has to go to office. Now, my mom would call her several times to inquire if she has reached. With safer walk app in the phone, she can see in real time where my sister is and if she has reached or not. The worry and the hassle of calling repeatedly can be done away with when you can see your daughter is safe.”

During the Silicon valley trip, Manik says, the experience opened him up to a fast moving world where he saw India not lagging behind too far in the race. But he did have some key learning while interacting with US entrepreneurs.

“Some of our innovations are better than theirs. I see many IIT students thinking of ways to tackle daily life problems. However, they have a culture in US that is totally different than the Indian start up space-even if they failed in building 6 startups, they still have the ability to raise funds because investors are of the view that if the person has failed he must have learnt a lot from it. They don’t call it failure, they call it switching one idea to another and learning from mistakes.”

On what obstacles they personally faced in raising funds, Manik said: “We started a little early. As entrepreneurs, we didn't know when to raise
funds, but we learnt a lot of things along the way. The main obstacle is that a lot of investors in India do not believe in hardware startup companies. They are of the belief that hardware can only come from China and the US, that Indians don’t make good electronic engineers and hence there is no competitive hardware market. They are willing to fund e-commerce companies, software companies but as soon as they hear hardware, they become skeptical,” he says.

Manik feels that even as several investors in India are extremely experienced and knowledgeable, the whole space is yet to evolve. “It’s much more of an ecosystem in the US than innovation itself. The mindset of Indian society towards failures has to change to begin with,” he says.
Advertisement
Accomplishing one milestone at a time, the folks at Leaf Wearables have huge dreams. They want to make one million families safer by 2017! They disclosed to us that they are planning on getting new products in the market for children and elder too, however, refused to divulge what they would look like.

Definitely, these young folks are set to make a change as they ride high on their dreams – ensuring safety of people in India!